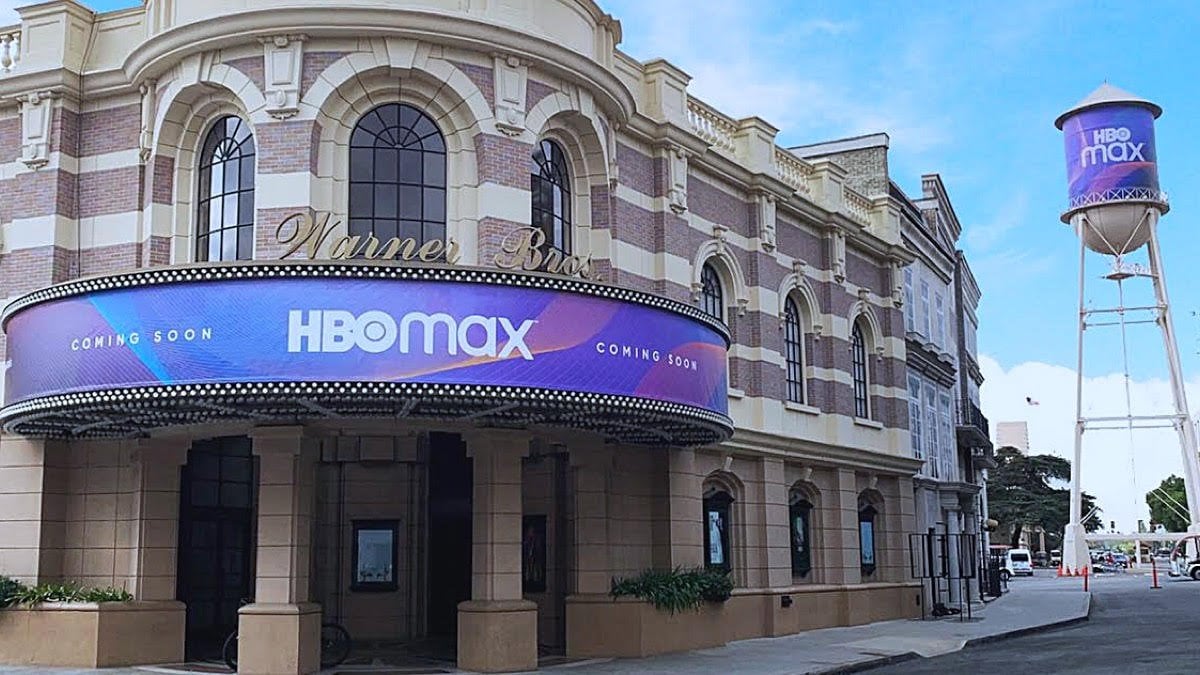 I left Home Box Office over a decade ago.  Still, I feel a certain sentimental attachment to the place.  It’s like when a New Yorker moves to San Diego:  they still root for the Yankees; that kind of thing.  And lately, I’ve felt like that transplanted New Yorker watching George Steinbrenner run the team like a crazy person and wondering WTF this guy is doing to my beloved Yanks!

I was there from 1982 – 2009, and while no job is perfect, for the most part, I enjoyed the company, I usually enjoyed my job, and I would later realize I was getting the best education in the creative and business sides of media entertainment under the tutorship of some of the smartest and most skilled people in the business.

I lived through a lot with HBO.  I was in on the last of what insiders referred to as its “go-go years,” when subscribership was growing exponentially year-to-year and the company was making money hand over fist.  And I was there when HBO “hit the wall” in the late 1980s – growth stalled along with the expansion of the cable universe, and then came a second hammer blow when everybody went nuts for VCRs:  “Hey!  No more cable!  I can rent any movie I want!”

The company didn’t just survive; it retooled.  It became something different, a programmer instead of just another movie platform, a content creator.  After they misstepped with buying into a high-powered satellite (the company rightly anticipated the move from big 10-meter satellite receivers to pizza-sized dishes – they were just way off on the timing), they reinvented again.  “We are not a hardware company!  We are not a delivery system!  We are all about content!”

That was the eventual refinement which had begun with the first moves toward original programming in the 1980s.  “Nobody cares how they get us!” I remember one of my bosses saying in a staff meeting.  It was about buzzworthy programming:  from Tales from the Crypt and The Larry Sanders Show to The Sopranos and Sex & the City to Game of Thrones and Girls; the goal was to make the brand – the name HBO – synonymous with a kind of high-grade, one-of-a-kind entertainment available nowhere else on TV.  To steal and paraphrase a line:  if you make it, they will come…and subscribe.

VCRs, satellite signal encryption, home video, increased competition as more cable channels jumped into original programming, streaming…  The company never lost ground.  I’m not saying they never stumbled.  When I got hired, they were still talking about the company’s first, failed attempt to launch a second channel (Take 2), and I was there for another dud when they tried to launch a third channel (Festival).

But I never saw them bury a failure (well, internally), or dismiss it.  They always analyzed, learned, course-corrected, evolved.  It was the hardly-a-secret of their success that kept them the premier subscription service decade after decade, regularly reinventing themselves to stay vital in a marketplace whose dimensions were constantly changing.

I always thought the key to transitioning through these various incarnations was an impressive stability in the leadership positions.  In my entire time at HBO, every CEO either came up from inside the company or from HBO’s parent which was first, Time Inc., then Time Warner.  That meant each new CEO already new the ground:  the company, the business, the internal dynamics and internal politics as well as the politics of dealing with the parent and TW’s other branches.  In the top slots, in the nearly three decades I was there, no outsider hotshots were brought in, not even after parent Time merged with Warner Communications, nor when Time Warner merged with Turner Communications.  The baton always got passed to someone who already knew the game and the players.

And these were brilliant guys:  Michael Fuchs who, as long ago as the 1980s, saw that the company’s future was in original programming; Jeff Bewkes who presided over what one might call HBO’s first Golden Age of programming – the era of The Sopranos, Six Feet Under, Band of Brothers, Sex & the City, Curb Your Enthusiasm et al and oversaw the company’s overseas expansion;and Richard Plepler who brought the company back from one of its fallow periods and re-reinforced the value of the company’s brand in the streaming era with buzzy offerings like Game of Thrones and Girls and Veep.

In 2018, AT&T acquired Time Warner (whose businesses were renamed WarnerMedia).  Richard Plepler, who’d been successfully guiding the company for five years and was coming off a year of streaming growth while Netflix was losing subs, decided to leave.  According to some reports it was because HBO – which had always fiercely protected its autonomy within the Time Warner universe – was going to lose some (or a lot) of its independence.  The company, which had previously been pretty much left to run its own shop without uptown interference, would thereafter be reporting to John Stankey, the new head of WarnerMedia and an AT&T guy with no background in the entertainment media business.

And then came the bloodletting.

I’ve been through enough corporate mergers to know that since they always incur debt, heads are going to roll afterwards.  HBO always tried to minimize the pain, but what I was hearing from the few people I knew that were still with the company, the axe was falling heavily on long-timers.

I sort of get it.  Because they’d been in place the longest, in terms of salary and benefits, long-timers cost the company the most.  And, when company officers are in place too long, there’s always the danger of a company getting sclerotic, stagnant.  It was the kind of thing that almost killed the American auto industry in the 1970s.

But these were the people whom I’d seen manage the retooling, the reconfiguring, the regeneration of the company time after time after time and keep it a brand name which people not just in the U.S. but around the world respected.  What AT&T was chopping out was a big-ass pool of experience and knowledge and talent.

“We need hours a day,” Stankey said when Plepler was leaving, meaning viewing hours.  “It’s not hours a week, hours a month.  We need hours a day.  You are competing with devices that sit in people’s hands that capture their attention every fifteen minutes.”

Before I was at HBO, I worked in publishing.  We had a parent company – a textbook publisher – with no experience in commercial publishing, and they put a numbers guy in charge.  I happened to be in the finance guy’s office when this numbers guy came in complaining about how little money they were getting from booksellers.

“The problem,” the finance guy said, “is the books are not selling.”

“Yeah, but you gotta get more money from these people.”

“The books are not selling.  You can’t get more money from them if the books do not sell.”

“Yeah, but you gotta get more money from these people.”

And round and round they went.  That’s when I knew that if this is the top guy, we were in trouble.  I get that same feeling reading Stankey’s remarks from back then, and maybe that explains what happened four years later.

The idea of the merger was to marry AT&T’s delivery ability with WarnerMedia’s content, but then AT&T apparently got balky at just how much creating content cost.  Thus, the spinoff to Discovery just four years later.

And now Discovery’s topper, David Zaslav, has decided to roll the HBOMax streaming service into Discovery+ making them one service.

I don’t get it.  This reminds me of HBO’s ill-fated shot at a third service with Festival.

Festival was an attempt to reach some categories of HBO “resisters.”  Company research indicated there were two major groups:

And young families with small children who, because of their kids, also found too much pay-TV content not right for their households.

Festival tried to reach both.  It was like marrying Turner Classics with Disney.  The end product was, like the old cliché says, neither fish nor fowl.  In trying to please both ends of the resister spectrum it pleased neither and Festival was folded up.

So now I’m trying to picture HBO content thrown in the same pool with Discovery’s documentary and reality shows and I’m not seeing it.  It’s a dilution of the brand.  It’s the act of somebody who doesn’t “get” what HBO is, what the brand stands for.

Right now, it seems all the moves coming from Zaslav are cost-cutters:  shelving Batgirl (although it sounds like there’s a good argument the plug should’ve been pulled before cameras started rolling), cutting back on original production, and I’m willing to bet, more rolling of heads.

But, to give Zaslav some slack here, I think he’s dealing with the same dilemma all the streaming services are dealing with:  they overspent on programming for years, and now some – like Netflix – are paying for it as subscribership slides producing ugly bottom lines and a raft of show cancellations.

Maybe the old HBO crew could’ve navigated this better the way they’d successfully navigated all the other regularly occurring threats the company faced in my time there.  Maybe not.  But at the risk of sounding hokey – and I know this because I saw it up close – the crew I knew, from Richard Plepler and Bewkes and Fuchs on down, had an honest-to-God commitment to the company, a real emotional investment in promoting and protecting the brand, a sincere pride in what the company produced and how that defined and represented the brand.  After AT&T and now this whole business with Discovery, I don’t know that that kind of commitment is there anymore.  From the AT&T years through today, HBO has become just another media acquisition to be managed cost-effectively.

I understand the concern about numbers – this is a business after all, and it always was – but , what I’m seeing is like taking a truck driver and throwing him in a Maserati and him bragging, “Hey, it’s got four wheels and an engine, all the same; I’ve got this.”  I don’t think AT&T served the brand well, and I’m getting the same feeling about Discovery.

But, hey, I could be entirely wrong about this.  If there’s one thing predictable about show biz, it’s that it’s unpredictable.  Ask all those guys who thought sound was a fad.

Even as a Cute Distraction, I Am Groot Doesn’t Stick The Landing