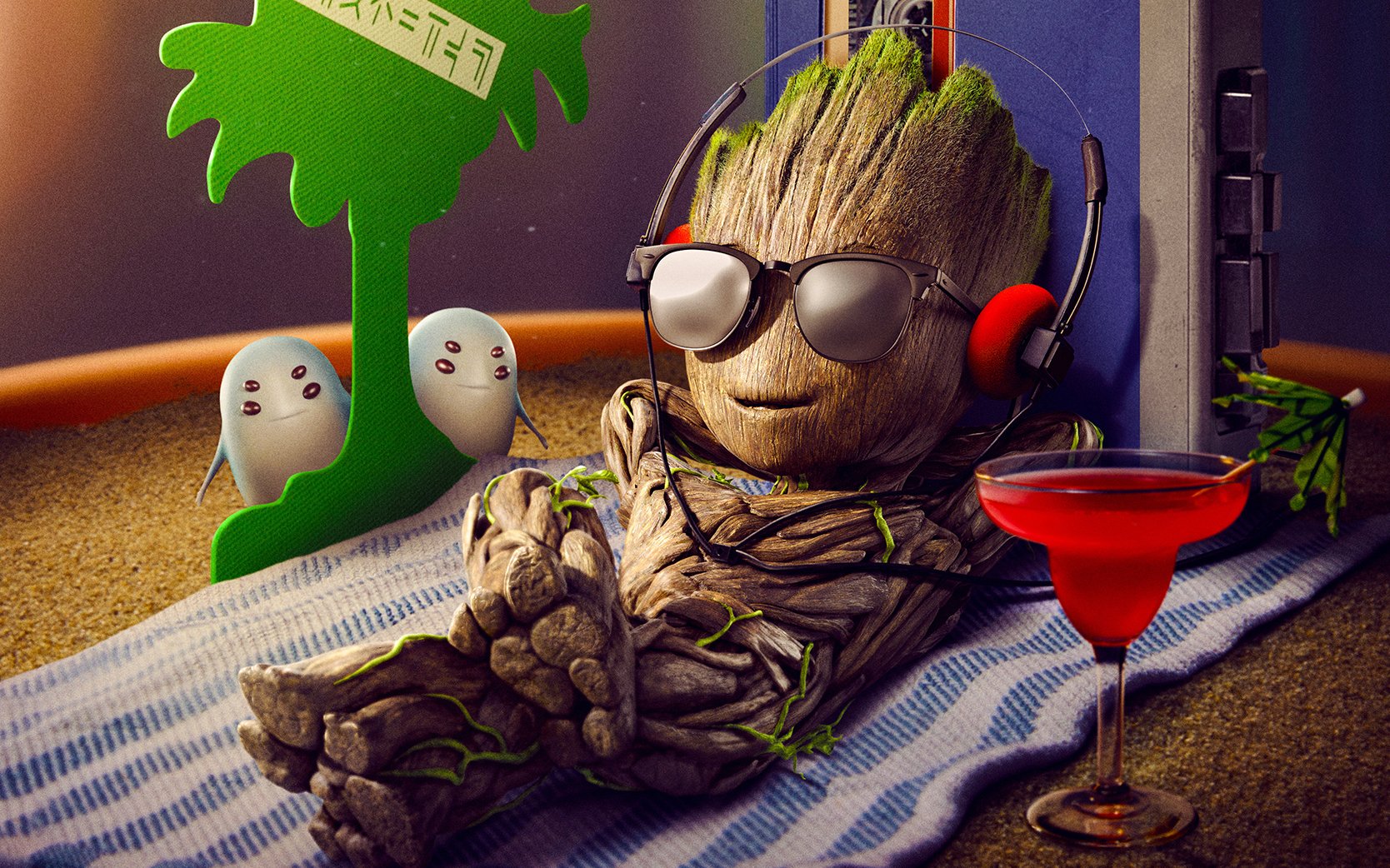 I Am Groot, exclusively on Disney+. ©Marvel Studios 2022. All Rights Reserved.

I Am Groot Review

How can you not love Groot? Out of all the Guardians of the Galaxy’s heroes, Vin Diesel’s plant of few words has surprisingly (and perhaps ironically) stood tall as the heart and soul of the iconic intergalactic Hollywood group. Through all his hardships and comic relief moments, Groot embodies the overall tone and spirit of the Guardians of the Galaxy more than any other member. His sense of kindness, youthful glee, urge for trouble, and willingness to put everyone above him are just a handful of notable characteristics from across his three iterations that perfectly reflect his fellow heroes. While he may seem like the least sophisticated or important member of the group, Groot has always acted as the twine of the Guardians of the Galaxy.

Shockingly, none of his overarching characterizations would be used for his own show. For anyone thinking that they are about to watch another Marvel Studios series that will flesh out veterans and newcomers alike, get your expectations in check. I Am Groot is composed of five three-minute shorts that take place before and after Guardians of the Galaxy Vol. 2. Focusing on Baby Groot, the animated series follows the titular flora colossus species as he travels to different locations getting into short doses of situational trouble and dumb fun. If that concept does not sound intriguing at first glance, then the odds that I Am Groot is not for you are certainly higher than the hero himself.

Even then, I Am Groot doesn’t stick the landing as it fails to keep viewers interested in what the character has to offer. This random handful of misadventures may show a lot of style, but it lacks the heart that made Groot an icon among his fellow Marvel heroes. Despite being a cute distraction, the series has nothing to offer in terms of actual storytelling. It never upholds any themes or lessons as it stays too focused on its visuals above all else.

Each episode of I Am Groot plays out the same; the audience is introduced to Baby Groot, who comes across a situation he wants to make a mess in. Along the way, Groot partakes in some of his typical young antics viewers can already anticipate after watching Guardians of the Galaxy Vol. 2. The show never snowballs into anything more complicated than that base premise. For younger viewers, I Am Groot might be a delightful distraction, but for everyone else, it is bafflingly a series that wastes all of its potential by doing nothing. I Am Groot ignores its opportunity to expand upon Groot as a character or incorporate valuable lessons into its story as it plunges into being mindless fun.

Disney has already perfected this form of short burst storytelling across its streaming platform. Just last year, the Pixar series Dug Days proved how much Disney’s shorts can do with so little. In the animated series that continues the story of Up, Pixar built upon Dug’s character while also further expanding upon his relationship with Carl. Like Groot’s adventures, the shorts contained very few words and mainly focused on visuals. Like every good short under the same restrictions, Dug Days knew how to balance heart and story with its fun elements–the show was more than a goofy golden retriever who loved to yell at squirrels. At their core, each short held a purpose and allowed audiences to walk away with feelings they likely did not have on their mind before starting the series. They were cute, fun, heartfelt, had actual stories, and even were really emotional at times–all of which I Am Groot could have easily been.

Before the debut of 2012’s The Avengers, Marvel Studios was cranking out shorts surrounding Agent Coulson (which are all available to watch on Disney+ along with the select few Marvel One-Shots that debuted after Phase 1). These shorts may not have all been perfect, but Marvel Studios proved before that it could do an excellent job at building characters in such small runtimes while also giving audiences something to laugh at. Audiences should be walking away with a smile, feeling that they want more from Groot, not less. I Am Groot does nothing for Groot as a character or flesh out the reasonings behind his dynamics with his Guardians of the Galaxy castmates.

Once again, the whole series is nothing more than a bunch of cute shorts that may occasionally make the audience smile with the few laughs it can provide–they have nothing else going for them. By the end of episode five, the viewer has to question what even is the point of this whole series. In fact, they will probably begin to question just who the audience for these shorts even is.

The only highlight of I Am Groot is the fantastic animation that mixes computer-generated effects with practical setpieces. While he may not always look as good as he did in the Guardians of the Galaxy films, Groot is bursting with charisma here and is given more than enough personality to keep viewers at the very least interested in just staring at him. It is easy to see writer and director Kirsten Lepore’s prior work making the rounds here, but without a heartfelt script or any real characterizations to work off the show just comes off as empty. The same animation tactics used in shorts like Marcel the Shell could do wonders for Groot, but there needs to be a proper story to back up the gorgeous visuals.

I Am Groot does have filmmaking elements worth highlighting, but there is ultimately nothing in its twenty-minute runtime that justifies the show’s existence. It comes off as a series of shorts you would expect to only find in the bonus section of a Guardians of the Galaxy DVD copy, left for those who poke around every feature. It undoubtedly is not bad or poorly made (at least in terms of visual direction and special effects), but it is quite odd that the series lacks any real purpose. In a time when audiences are starting to feel a sense of Marvel fatigue, it is easy to tell why Marvel Studios is not making a major push for Groot’s small spotlight. Marvel fans won’t be missing anything at all if they skip out on I Am Groot, and casual audiences may only find themselves skimming through each short out of pure curiosity.

Derek Jeter Documentary The Captain is a Worthwhile Watch, but It’s No Last Dance