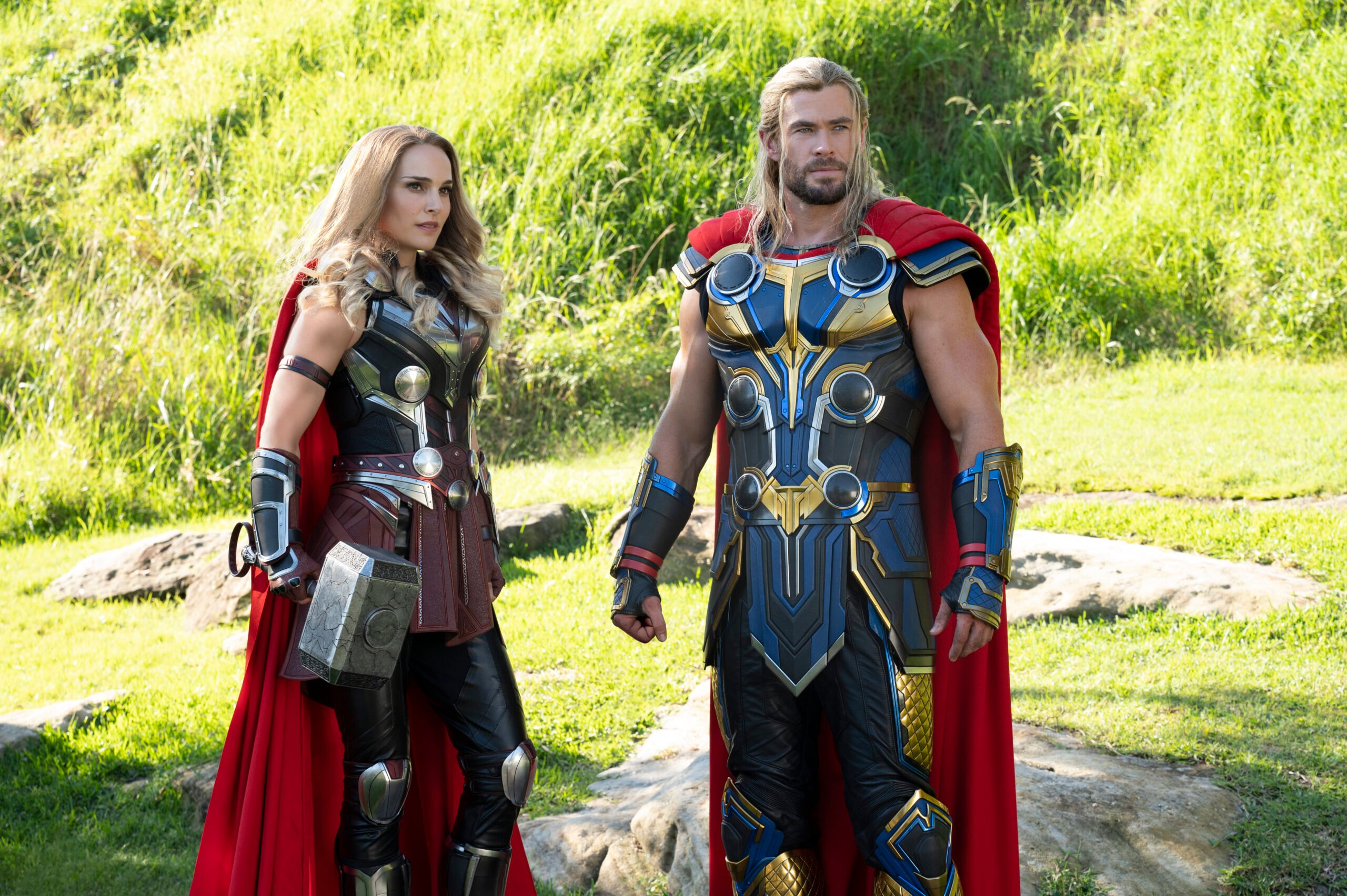 Appealing as Chris Hemsworth has always been as Thor in the various Avengers movies, his early standalone turns in the role were among the weakest MCU films, as the Asgardian mythology was always an uneasy fit with the stories the MCU was trying to tell.

That changed with 2017’s Thor: Ragnorak, in which director Taika Waititi stepped in and injected both unique visuals and welcome comedy. Waititi even voiced an amusing new character, the rock monster Korg.

In the five years since, Waititi has become something of a ubiquitous cultural figure, in everywhere from acting roles to tabloid intrigue to the execrable 2019 movie Jojo Rabbit, in which he pranced around as Adolf Hitler. In his villain turn in last year’s Free Guy, I might have liked him even less than when he was Hitler.

Where five years ago he was a visionary, a new voice, and one of the few successful cases of an indie auteur coming in to make an MCU movie, Waititi is now clearly at the point where a little of him goes a long way.

And that’s only part of the problem with Thor: Love and Thunder, the fourth Thor film and the 29th chapter of the MCU. The film offers Hemsworth in his usual form, a couple of memorable setpieces, and a compelling send-off for one particular minor character. But overall, the film is structured poorly, does a terrible job with establishing stakes, and isn’t nearly as funny as Thor: Ragnorak.

Jane Foster (Natalie Portman), Thor’s past love interest, is battling advanced cancer, while at the same time taking on a Thor-like superhero persona (known as The Mighty Thor) thanks to her access to Thor’s hammer, Mjolnir.

Along with Valkyrie (a welcome Tessa Thompson) and Waititi’s returning rock monster, Thor is part of a team again and even has the whole Guardians of the Galaxy crew as his “backing band” for the film’s first third. And they’ve brought with them a rock ‘n’ roll soundtrack, including four different Guns ‘n’ Roses songs that are played nearly in full.

They’re taking on villain Gorr the God Butcherer (Christian Bale.) Angry at the death of his daughter, Gorr has vowed revenge on all gods — Thor included — and kidnapped all of the children from New Asgard.

Thor: Love and Thunder has the type of blockbuster movie plot that’s gotten very tiresome of late, with the characters constantly jumping from planet to planet, trying to get one MacGuffin to take to another planet to unlock a different MacGuffin.

The Thor films have always had some of the world’s best actors cycling through them, like Anthony Hopkins and Cate Blanchett, and Bale would seem part of that tradition. But everything involving the character is a disappointment, as he’s buried beneath makeup and CGI and doing an odd voice. And his entire motivation seems undercut by the film’s bizarre ending.

There is, however, one truly great sequence that overshadows the rest of Thor: Love and Thunder. It features the characters visiting another famous god, Russell Crowe’s Zeus, who in about ten minutes of screen time gives a glorious, manic performance. It’s the most impressed I’ve been with Crowe in a movie in quite some time, maybe even since his turn as Jor-El in Man of Steel. The mid-credits scene, in fact, hints at promising things to come involving this character.

However, much of the film’s stakes involve a love story, between Thor and Jane, that we haven’t been given much reason to care about over the years, while the stakes of the main plot are never in any doubt for a second.

“Thor Will Return,” we’re promised at the end, and I’m confident that there are still good stories to tell about the character. But after the promising Thor: Ragnorak, Love and Thunder is a less-than-successful deployment of him.