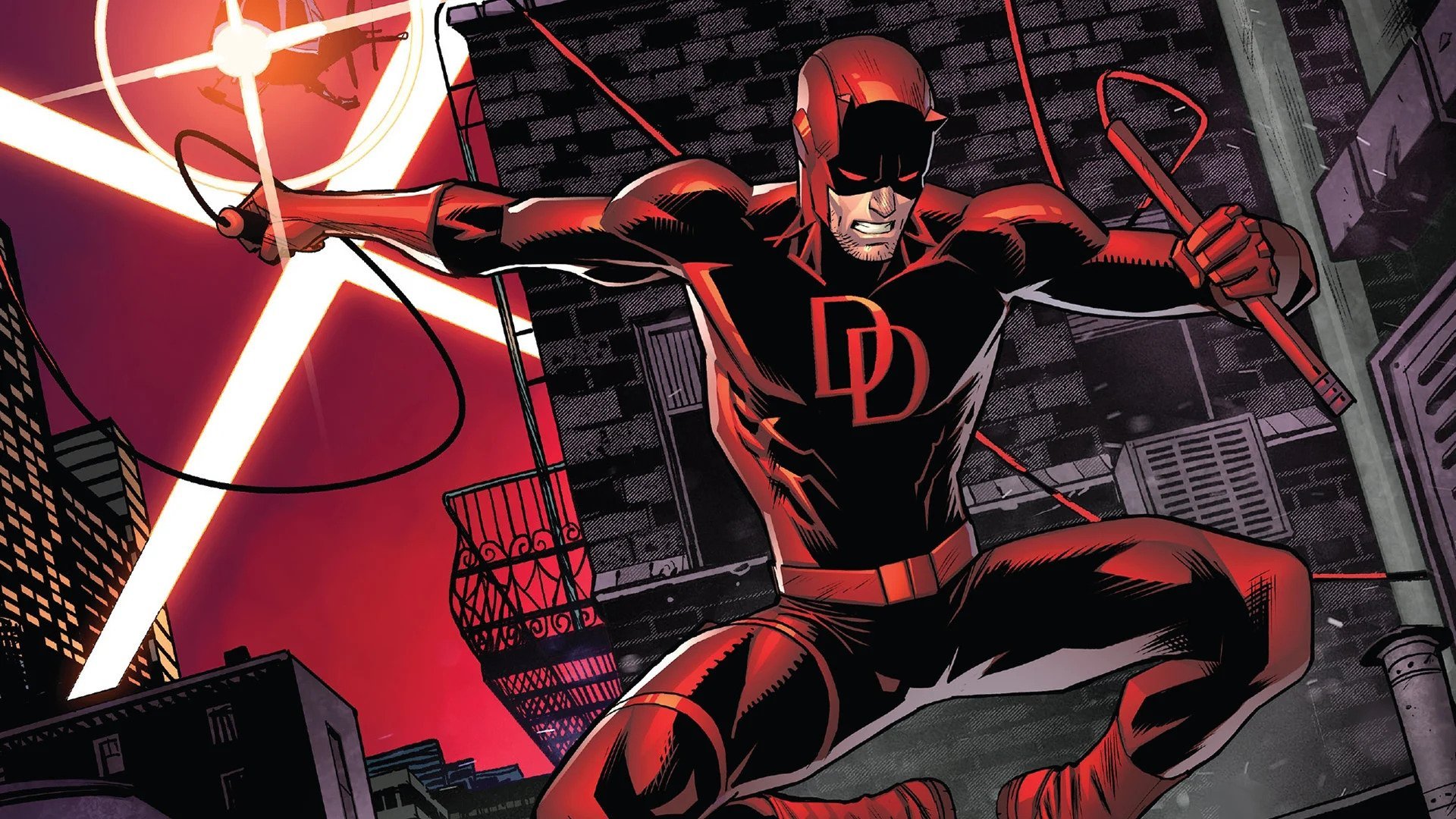 Since his first appearance back in 1964, Daredevil has remained one of Marvel’s most popular superheroes. The blind lawyer known as Matthew Murdock, who becomes a costumed vigilante at night, possesses heightened senses and proficiency in multiple forms of martial arts, making him someone you certainly would not want to cross. At the same time, he also has an unwavering belief in the legal system, so at least you know he will ensure you have a fair trial after he beats you into a broken mess.

While he prefers not to kill his enemies, Daredevil still has a tendency to severely injure his foes if he believes the punishment fits the crime, which has led the Man Without Fear to commit some truly brutal acts over the years. At the same time, he has also found himself in situations where he has almost been forced to kill his opponents, resulting in his strong sense of justice being pushed to the absolute limit. This list counts down five of the most shocking moments featuring Daredevil throughout the many comics in which he has appeared, so fans will know where to look if they are hoping to read about the most brutal and morally questionable things the Devil of Hell’s Kitchen has done during his long history of fighting crime.

5. Vengeance on his father’s killers
(Daredevil: The Man Without Fear, issue two)

Released from 1993 to 1994, the six-part miniseries Daredevil: The Man Without Fear from writer Frank Miller and illustrator John Romita Jr. was praised for giving fans a believable and sympathetic glimpse into Matthew Murdock’s early life before he became a costumed vigilante. The murder of his father, Jack Murdock, was also depicted in the series, so readers should probably have some tissues ready. The series also showcases Matthew’s early training with Stick, so we see the formerly helpless blind boy developing his impressive fighting prowess as the comic progressed. Instead of using his skills to help others, however, the young Matthew Murdock immediately turns his heightened senses towards vengeance, and the results were as brutal as you would expect.

After learning the identities of the mobsters who murdered his father, a young Matthew Murdock secretly follows two of the ruthless criminals to their hideout, before switching off the lights and beating them senseless. This was notable for being the first ever time Murdock had actually used his fighting skills in combat, and seeing as he was literally going up against his father’s killers, it clearly took a huge amount of self-control for him to stop before actually beating them both to death. We next saw the two gangsters lying in hospital beds with numerous broken bones, while Murdock grudgingly comes to accept the valuable lesson that vengeance will only lead him down a path to which there will truly be no return.

Daredevil almost never kills, so he clearly has a completely different ideology to Frank Castle/The Punisher, who murders practically every criminal he comes into contact with. One particularly famous scene from the 2000 Marvel Knights Punisher series by Garth Ennis and Steve Dillon depicted Castle using sonic blasts to knock Daredevil unconscious, before chaining him up on a rooftop and taping a pistol to his hand. Castle then threatens to assassinate a group of mobsters on the ground below unless Daredevil stops him by shooting him with the pistol, leaving the Man Without Fear to make a seemingly impossible decision as he is forced to choose between ending one life or saving three. After exhausting every argument with Castle, Daredevil does eventually pull the trigger, only to realise the gun was empty all along. Ridden with anger and guilt, a dejected Daredevil then asks Castle why he would present him with such a difficult choice to make, and Castle simply replies that he makes the same decision every time he ends a human life.

This was a particularly harrowing moment that perfectly showcases the conflicting ideologies between the two vigilantes, and it was also depicted onscreen (albeit, with some liberties) in the second season of the Daredevil TV series. Regardless of whose method of stopping crime you actually support, this scene will no doubt make you look at things from the perspectives of both characters, and you may even come to reconsider which of them is the more effective vigilante. So if you are looking for an unforgettable conflict between Matthew Murdock and Frank Castle, this comes as essential reading.

Bullseye is often cited as Daredevil’s archnemesis, and with good reason. The psychotic assassin murdered Elektra and Karen Page, who had both been Daredevil’s lovers in the past, leading Murdock to despise Bullseye with a burning passion. And while he long resisted the urge to actually kill his arch nemesis (more on that later), Daredevil still managed to severely punish Bullseye for his heinous crimes.

In issue forty-nine of the Marvel Knights Daredevil series from writer Brian Michael Bendis, Daredevil eventually cornered Bullseye in an alleyway before beating him to a pulp. The costumed hero was not finished, however, as he decided to go the extra mile in order to punish the villain who took so much from him. Picking up a rock, he proceeded to carve around the trademark tattoo on Bullseye’s forehead, leaving the killer with a gruesome scar where his tattoo had previously been. Daredevil’s hatred for Bullseye was clearly palpable, and the way in which he mutilates his foe will certainly remind us why we should never get on the wrong side of the Devil of Hell’s Kitchen.

Originally included as the seventy-fifth volume of the Marvel Original Graphic novel series, this brutal story found Daredevil and Black Widow hunting a serial killer who targets individuals with psychic abilities. The two heroes (who were in a relationship at the time) managed to track the killer down to a remote cabin in the woods, which leads to a savage showdown. After Black Widow was captured and tortured in the cabin by the assassin known as Rose, who was responsible for the killings, Daredevil barges in to save his lover from suffering the same fate as Rose’s former victims. Things do not go according to plan, however, as Rose orders her brainwashed henchman, Charlie, to dispose of the blind vigilante.

Described by Rose as “your run-of-the-mill serial killer”, the hulking Charlie eventually manages to subdue a weakened Daredevil before Black Widow manages to end the life of the maniac by choking him with her shackles. The most shocking moment of this book comes when Daredevil breaks Rose’s mind control hold over Black Widow by kicking her in the back just as she was about to force Black Widow to slice her own neck with a combat knife, which then results in Natasha killing Rose by plunging the knife into her chest. Whether or not this counts as a violation of Daredevil’s no-kill rule is open for interpretation, and it could also correctly be argued that somebody was going to die regardless of how he acted in the situation. However, there is also no doubt that Rose would still be alive were it not for Daredevil’s actions, so regardless of his intentions, he unquestionably played a role in her death. The entire climax of Daredevil/Black Widow: Abattoir was incredibly savage and merciless, making it one of the most harrowing comics to have been published by Marvel at the time.

As mentioned above, Daredevil does not usually kill his enemies. Which is why it came as a shock to see him stabbing Bullseye through the heart in the first issue of Shadowland from back in 2010. An entire page was dedicated to this particularly shocking scene, in order to help fans accept the reality of Daredevil actually ending a human life. While Bullseye was later resurrected, the impact of his original death at the hands of his archnemesis will certainly never be forgotten by fans.

It was later revealed that Daredevil was actually possessed by a demonic entity known as the Beast of the Hand when he killed Bullseye, which explains why the hero was willing to cross a line he never dared cross in the path. And while Murdock was clearly not in control of his own actions, this is still one of the only times Daredevil has actually been shown to kill someone in the comics, making it one of the most disturbing Daredevil moments ever to have been published. Even a full decade later, most readers are still left in a state of disbelief when they witness their favourite superhero driving a blade through the heart of the man he had resisted the urge to kill for so many years.

Barbarian Doesn’t Know What it Wants to Be