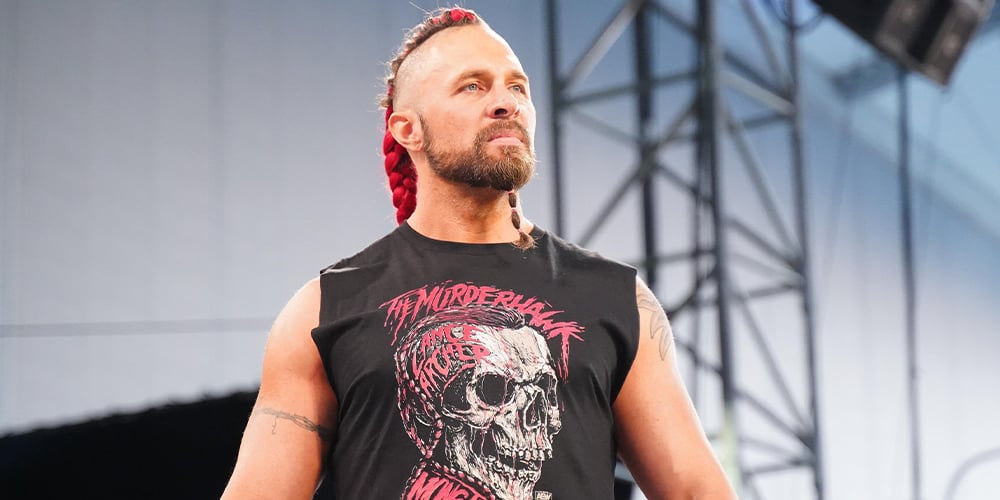 You may have noticed already that not many big guys populate the top of the AEW card. They’re there, of course, but aren’t utilized in the way we’re used to.

The bygone eras of wrestling were full of giants. André, Giant Baba, The Big Show, Giant Haystacks, Giant Gonzales, Kevin Nash, The Undertaker, it’s even easy to forget that Hulk Hogan was bloody massive. Yes, it was a time when giants were so giant that they dwarfed other giants, that’s how giant they were. I’ve said giant too many times.

They always topped the card wherever they went and wrestling was seen as a spectacle for it. While you’d find the big men of wrestling across the world, it’s WWE specifically that garners the moniker ‘Land of the Giants’.

Due to WWE’s widespread popularity, the concept of six-foot-five-plus guys being at the top of the card has been normalized. It was only after the New Generation of Bret Hart and HBK got their chance in the limelight that consensus started to change. It’s not like they’ve abandoned their ways completely of course. Just look at Omos, he’s bloody massive, and Drew McIntyre isn’t exactly tiny.

How AEW Uses Them

AEW has a few behemoths too. Lance Archer and Jake Hager certainly fit the bill at six-foot-six and six-foot-five respectively. Though it’s not all to do with height in regards to AEW. Due to wrestling moving -a bit- away from just bodybuilders, the few that are in AEW stand out even more. Wardlow, Brian Cage, Nick Comoroto, Miro, and Powerhouse Hobbs are all massive in comparison to the rest of the roster, even if they’d only be considered average height in the world of ‘80s sports entertainment. For context, Brain Cage and Bret Hart are the same height. Perspective is key.

The thing about AEW is that they don’t give their monsters any titles. Yes, the late, great Brodie Lee held the TNT strap for a while and he’s undoubtedly huge. Yes, I did just mention Miro who, despite “only” being six-foot, is an absolute machine. Still, as titleholders, they’re few and far between.

So why is that? Well, for one, we live in the era of “workrate” where the priority is putting on high-octane, exciting matches. It’s generally difficult to do that when you’re lugging around so much mass. It seems like AEW considered that during their hiring process as all the big guys on the roster have some degree of athleticism.

If it’s not a lack of ability to have great matches keeping them away from the gold, what is it? OK, so I’m not going to outright say that it’s because they don’t want to be like WWE, but also…

Should Or Will Anything Change?

Probably not. While it can be difficult to conceive that the likes of Hager, Comoroto, or Brian Cage wouldn’t comfortably walk their way to the title, suspension of disbelief aside, it doesn’t really matter. Nobody is thinking that it’s real, AEW hardly keeps up the charade themselves.

The problem is that it’s almost like AEW are purposely avoiding such a thing to the point that it’s obvious. The recent episode of AEW Dynamite was evidence to this point as, in the main event, Dustin Rhodes handily put away the up-and-coming Nick Comoroto -completely derailing any momentum in the process. It wasn’t like Dustin needed the win. Unless this is calling for a rematch down the line, it almost felt like they were doing it out of spite.

Lance Archer has become the guy who stands behind Jake Roberts looking menacing until a champion needs someone to pin and Wardlow doesn’t even seem to wrestle anymore unless it’s a five-on-five. For a promotion keen on variety, limiting a key part of your roster doesn’t really help.

Give Brian Cage and Hobbs a tag title reign before Team Taz splits up. Have Jake Hager hold the World Championship, even if it’s just for a short reign, it’s not like it’s defended often as is. Let Lance Archer hold the TNT Championship, the guy would be great with it. This is not advocating for a return to wrestling’s heyday -far from it, it’s now a lot safer, better, and there seem to be substantially fewer steroids and cocaine- but it’s more of a call for AEW to acknowledge that big guys in wrestling are a thing and are still a spectacle if used right. #GiveHagerGold