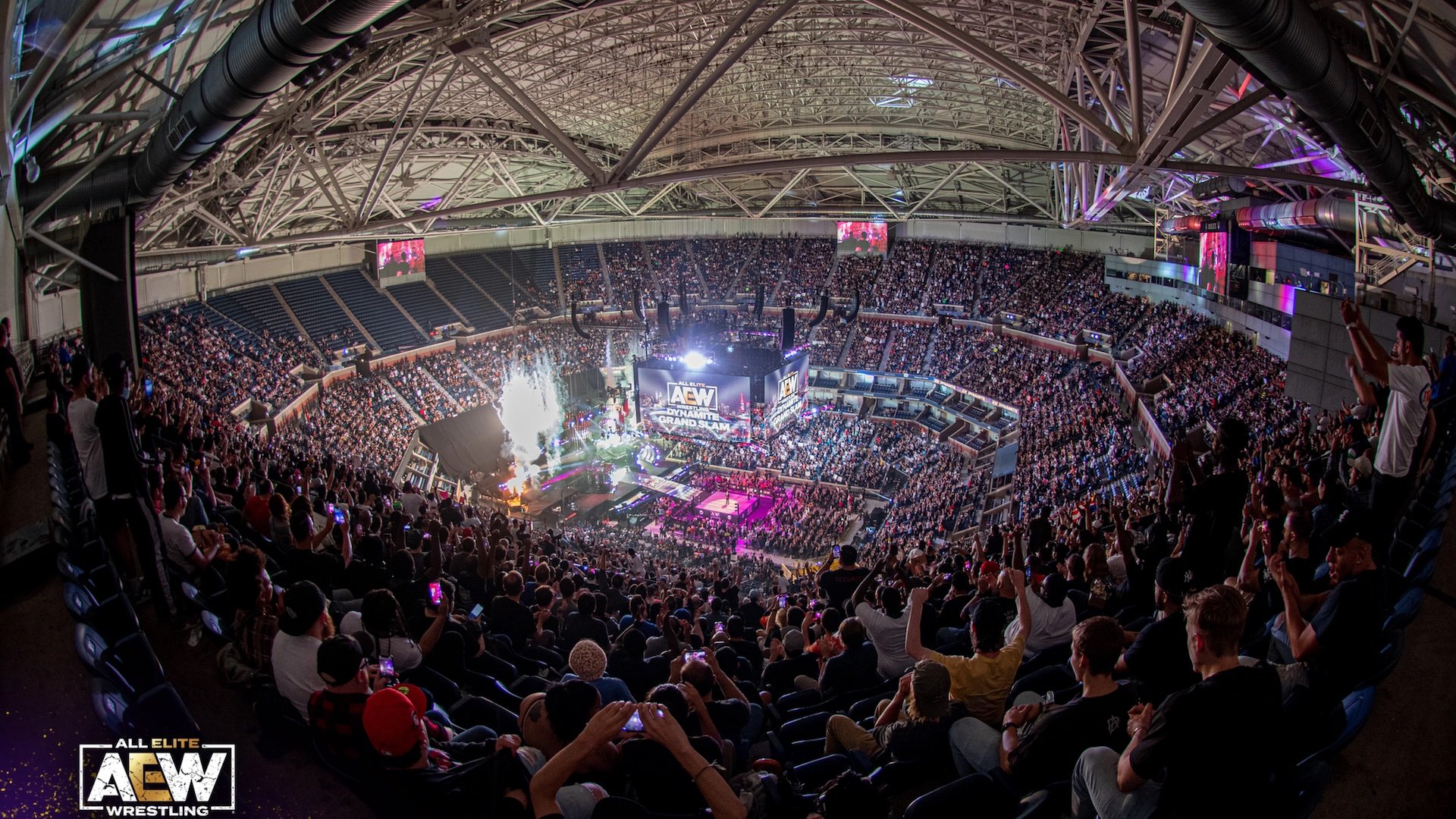 The biggest Dynamite and Rampage episodes of the year have passed. And no, they weren’t the biggest by virtue of attendance or having expanded hours alone. Dynamite and Rampage “Grand Slam” was a mix of important, PPV-level championship matches, and crossover moments that we may never see again. There’s much to talk about with AEW Grand Slam week, and now we rank all the best things that took place.

This ROH World title match pitting Claudio Castagnoli (c) and Chris Jericho was Jericho’s most energized singles performance since the latter faced Eddie Kingston at Revolution in February. Still, because of what Jericho represents and where he is in his career, perhaps few expected Jericho to escape this match with a win over the Swiss strongman.

All this, coupled with the energy of the crowd for this opening match, led to the night’s most pronounced count-along for the deciding pinfall in the final sequence. They counted along and they were still in disbelief. The ROH World Champion is Chris Jericho.

Who knew that on a night that had Keith Lee and Swerve Strickland v The Acclaimed advertised for a title match (with daddy’s scissor boys winning gold for the first time) that the loudest reaction of the night would end up going to a debuting Saraya?

Saraya emerged to stare down Baker and squad following a post-title match beatdown of Athena and interim World Champion Toni Storm. Saraya looked happy and healthy, soaking in the huge reaction of 12,000+ people at Arthur Ashe Stadium. Still, one can help but see the giant question mark looming over her. Last we checked, she was forcibly retired in 2018 due to a neck injury. While it’s great that Saraya’s All Elite, what will she do in AEW?

This match is guaranteed to be overlooked considering the 4-hour spectacle. But Sammy Guevara v Eddie Kingston was easily the match of the entire Rampage side of things.

Complete with a bit of exposition at the start for all the backstage tea lovers, this match wasted zero time. Kingston was singularly focused on beating and chopping the snot out of Guevara. The finish saw Kingston make Guevara tap-out to the stretch plum, but the former just wouldn’t let go afterwards. Backstage agent Jerry Lynn, along with half a dozen security/crew, headed toward the ring and tried to (verbally, for some reason) reason with Kingston to no avail.

This led to referee Paul Turner overturning his decision and awarding the match to Guevara instead, in maybe the most frustrating DQ win in AEW history. But how poetic was it that Kingston lost because he just wouldn’t let go, huh?

Barring the anomaly that is August 2022, title changes don’t come so often in AEW. So, when you have 3 of them on the same show, it’s cause for celebration and a harbinger of change.

We’ve touched on the weirdness of an ROH ruled by Chris Jericho, along with ROH Pure Champion Daniel Garcia. To follow that, The Acclaimed beat Keith Lee and Swerve Strickland to become the World Tag Team Champions in the feel-good moment of the night. After a deflating loss at All Out, Max Caster and Anthony Bowens hit back in the biggest way by becoming the 1st homegrown tag team to win gold in AEW. And they did so in front of over 12,000 strong chanting “Scissor Me, Daddy.”

Then in the main event, a new chapter in the World title scene opened with an all-BCC match. Jon Moxley and Bryan Danielson fought a clean match that culminated in a rough Paradigm Shift onto the beautiful Grand Slam ramp-way, leading to the closing moments of Danielson passing out to Moxley’s sleeper. Moxley becomes a 3-time AEW World Champion, with MJF drawing devilish confidence from an anytime-title-match contract.

The Arthur Ashe crowd was hands down the best crowd of the year. Yes, being 12,000+ is an advantage they got to have.

A crowd like this can turn a mostly exhibition-style Rampage: Grand Slam into a Top 5 episode of the year. That giant opening pop was as much for the Dynamite intro as it was for the entrance of Chris Jericho. From Jericho winning “the Ocho” to Ricky Starks pinning Will Hobbs at Lights Out, big moments were made grand by the sound of passionate people.

Pro wrestling is still primarily for the live audience, and crowds like the one we saw on AEW Grand Slam week make wrestling the magical place that it is.