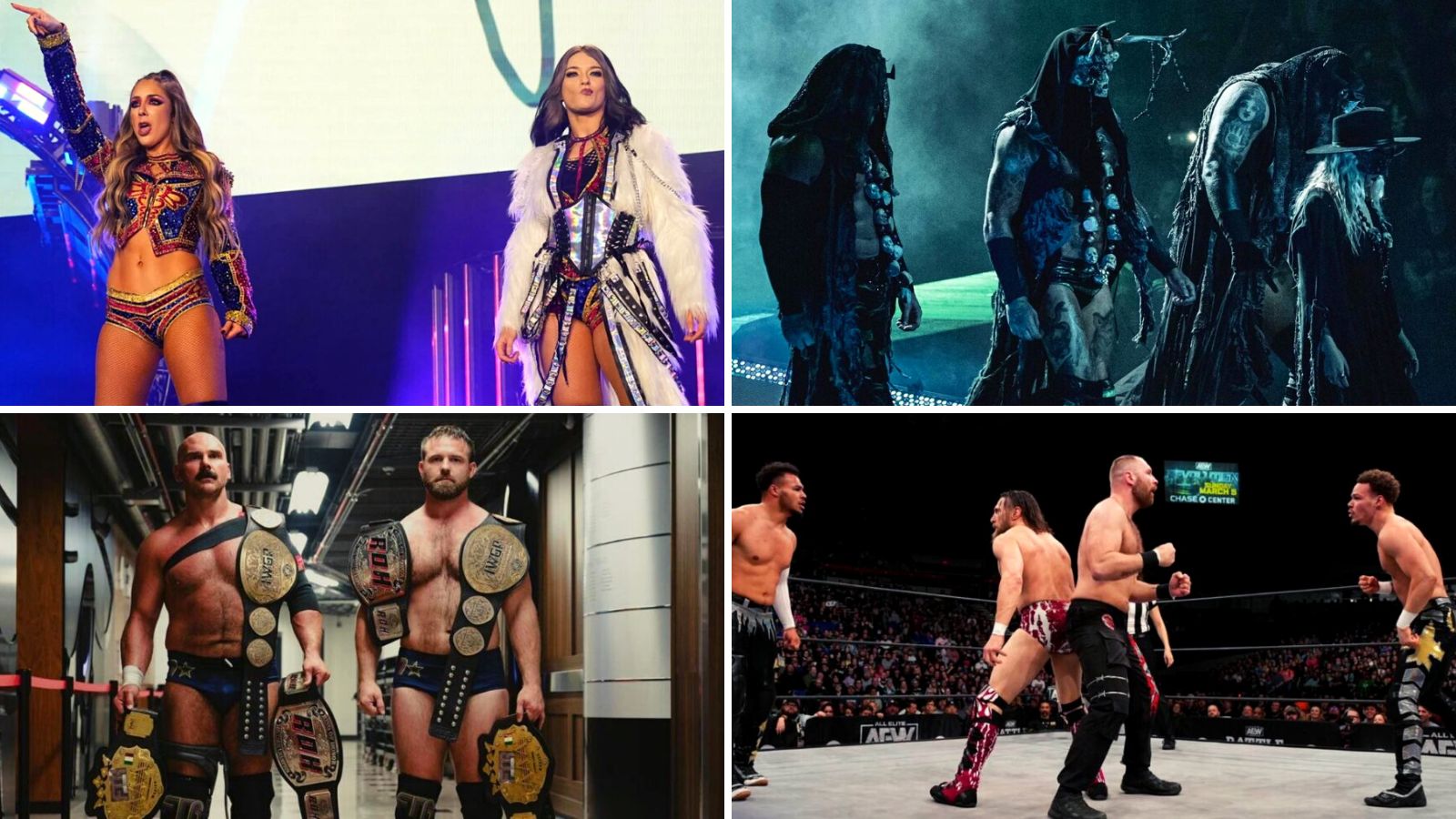 Predicting Which 4 AEW Teams Will Steal 2023

Pro wrestling predictions rarely go anyone’s way two months in advance. So logically, what better step to take next than to predict an entire year ahead on month #1? Still, here’s a bold prediction I am fairly confident in: that with singles World Champion MJF promising to be only a special attraction wrestler, 2023 will be the year of the tag teams in AEW.

House of Black started 2022 off strong against Death Triangle members. In 2023, they are just as aggressive but even more ominous against Eddie Kingston and Ortiz. But this time around, the balance of influence in HOB seems to be shifting, with Brody King and Julia Hart having a bigger presence in vignettes and matches.

More than anything, HOB seems to be on a rejuvenated path of destruction. And they are just about uncontested as clear contenders for taking the World Trios titles off of The Elite. This is the year.

(2) The Killer and the Pillar

Not many probably had this duo pegged to remain a team following All Out 2022. But here we are in 2023, and Jamie Hayter and Britt Baker are the definitive top act in the women’s division.

Which is great news for the division. After all, as more and more women’s tag matches flirt with MOTY status, The Killer and the Pillar prove to be a vital tandem. With the only other regular teams being the J.A.S. girls, The Bunny and Penelope Ford, and the largely unexplored Jade Cargill-Leila Grey pairing; The Killer and the Pillar being top stars with classics to their name certainly influences a possible women’s tag division in the future.

Could that future take place within the next 11 months? Could the division feasibly grow in time for it? Maybe. But Hayter, Baker, and Rebel are the lifeblood of this division. Let this year be about growing their legacy organically.

Dante and Darius Martin had a great few months late in 2022. From winning $300,000 with AR Fox in the Christmas Casino battle royal; to challenging FTR for the ROH tag belts; to an intensely underrated rivalry against Blackpool Combat Club.

This momentum should carry Top Flight nicely into 2023. Most specifically, the question of whether or not BCC ends up recruiting Top Flight. For the amount of time, Top Flight hasn’t been able to team due to unfortunate accidents involving Darius, Top Flight gave BCC some impressive fights, enough to make a fan of ego-driven Chris Jericho on commentary. A couple of losses won’t faze Top Flight, nor will it turn BCC off the promising young team, who are currently in peak form.

(Plus, you can practically already imagine them in the BCC hoodies.)

Dax Harwood has announced on his podcast that the next few months will be a quiet recalibration period for FTR. By around April, FTR believes they will have the final stretch of their careers figured out.

And did they ever work for those three months of peace and recovery.

FTR ran the risk of spreading themselves thin as triple World Tag Team champions. Flying to England, Mexico, and Japan from the U.S., while having a year of iconic matches, was certainly no bigger weight on anyone but Dax Harwood and Cash Wheeler. And so this crossroads in their career makes them, more urgently than the rest, a team to really look out for.

Why NBC is the Perfect Company to Buy WWE