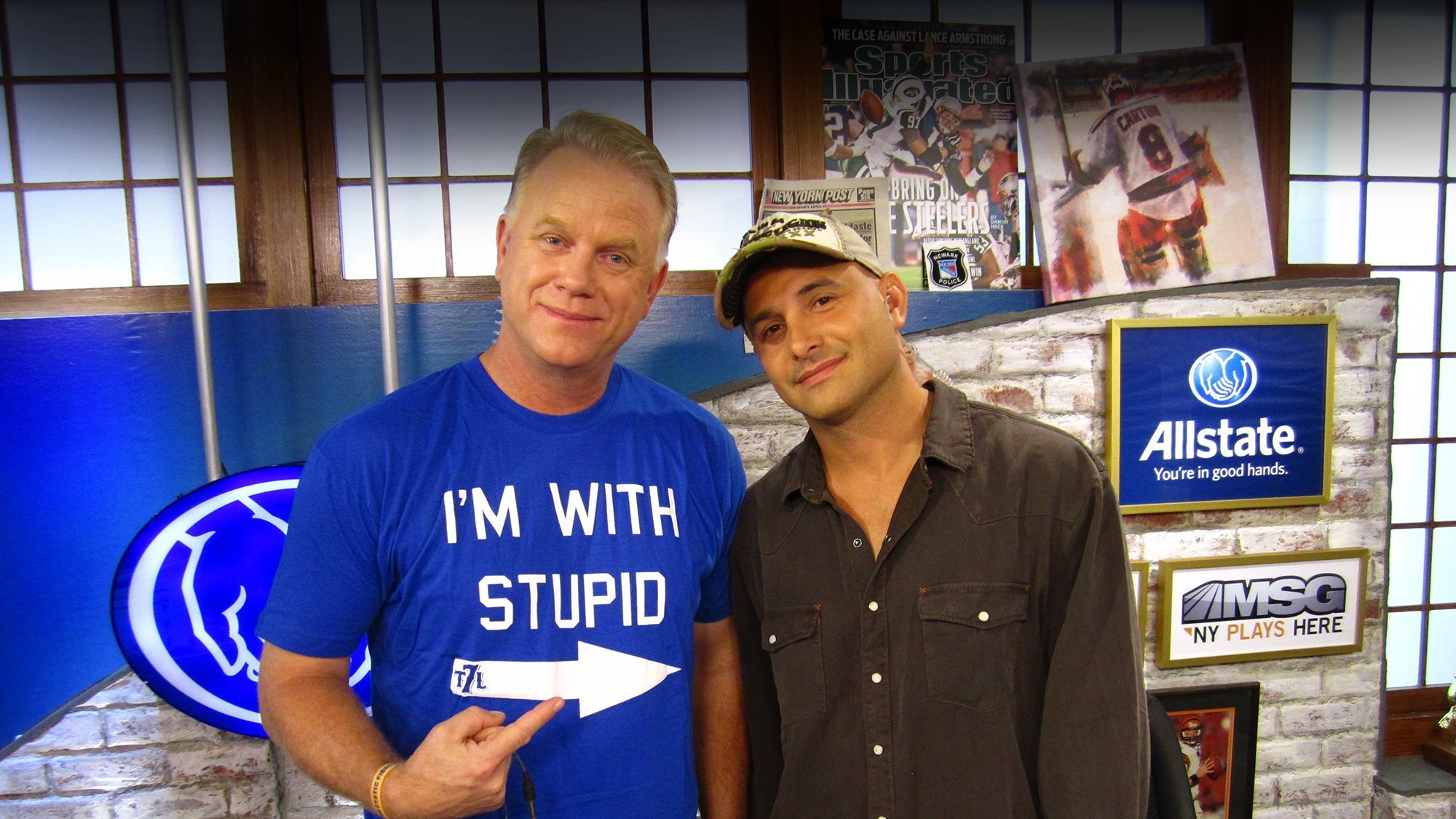 How much sympathy should you have for Craig Carton? That’s the big question at the heart of Wild Card: The Downfall of a Sports Radio Loudmouth, the HBO documentary that debuted this week about the former WFAN radio host. Carton, who spent about a decade co-hosting the morning show on New York City’s biggest sports radio station with former NFL quarterback Boomer Esiason, went to prison on federal charges of wire and securities fraud.

On the one hand, the documentary tells a fascinating story about a compelling subject, a radio host who rose to the top of a tough profession and let his demons and bad judgment get the better of him. Carton also seems genuinely remorseful about his crimes and other misdeeds.

On the other, from what we see of Carton’s radio host he’s an often boorish presence whose show sounds absolutely insufferable. The film itself looks at times like a commercial for Carton himself and his reportedly imminent attempt at a post-prison radio comeback. And this type of documentary, needless to say, is not the kind of courtesy typical granted to men just out of prison who aren’t rich, famous and white.

Wild Card, which was directed by Martin Dunn and Marie McGovern, covers a lot of the ground already tread in a New Yorker long-form story last spring, although the documentary form adds some color for sure.

At its best, the film resembles one of Martin Scorsese’s crime films, taking the viewer through the ins and outs of how the scam worked. The 80-minute documentary charts Carton’s radio career, through its stops in several cities, until he gained fame as the host of a show called “The Jersey Guys,” and ultimately got the WFAN gig after the “nappy-headed hoes” incident ended Don Imus’s career there.

Eventually, we get to the crime: Carton was always a huge gambling enthusiast, and after talking about his betting prowess on the show, he began hearing from high roller types asking to bankroll him, including some shady characters. He later got involved with a business that entailed brokering tickets on the secondary market, and eventually took funds from his investors and gambling with them. Predictably, he ended up losing the clients’ money, and one of those shady associates later got arrested and rolled on him.

I’ve long wondered about the sleeping schedules of morning radio hosts, and Carton, it appeared, required little of it- he would leave his show at 10 a.m., immediately head to Atlantic City, gamble through the night, and then leave in the middle of the night to start the next morning’s show.

Carton himself addresses the camera for much of the film, including a section in which he details that he was molested as a child- a revelation, he says, that he was pressured to leave out of his autobiography. Other talking heads include Esiason, various former radio colleagues, and of all people, Chris Christie, a Carton friend going back to his days as a prosecutor in New Jersey. Christie, for all of his numerous faults, shows again that he’s a compelling on-camera presence, even though his much-professed dreams of being a sports radio host have never come to pass.

If you’re repulsed by the New York sports radio milieu, this doc probably isn’t for you. But otherwise, it’s a compelling look at an imperfect man’s downfall and possible rebirth.

Ranking Every Episode of The Legend of Korra Season Three

Gangs of London is a Violent, Ambitious Crime Epic