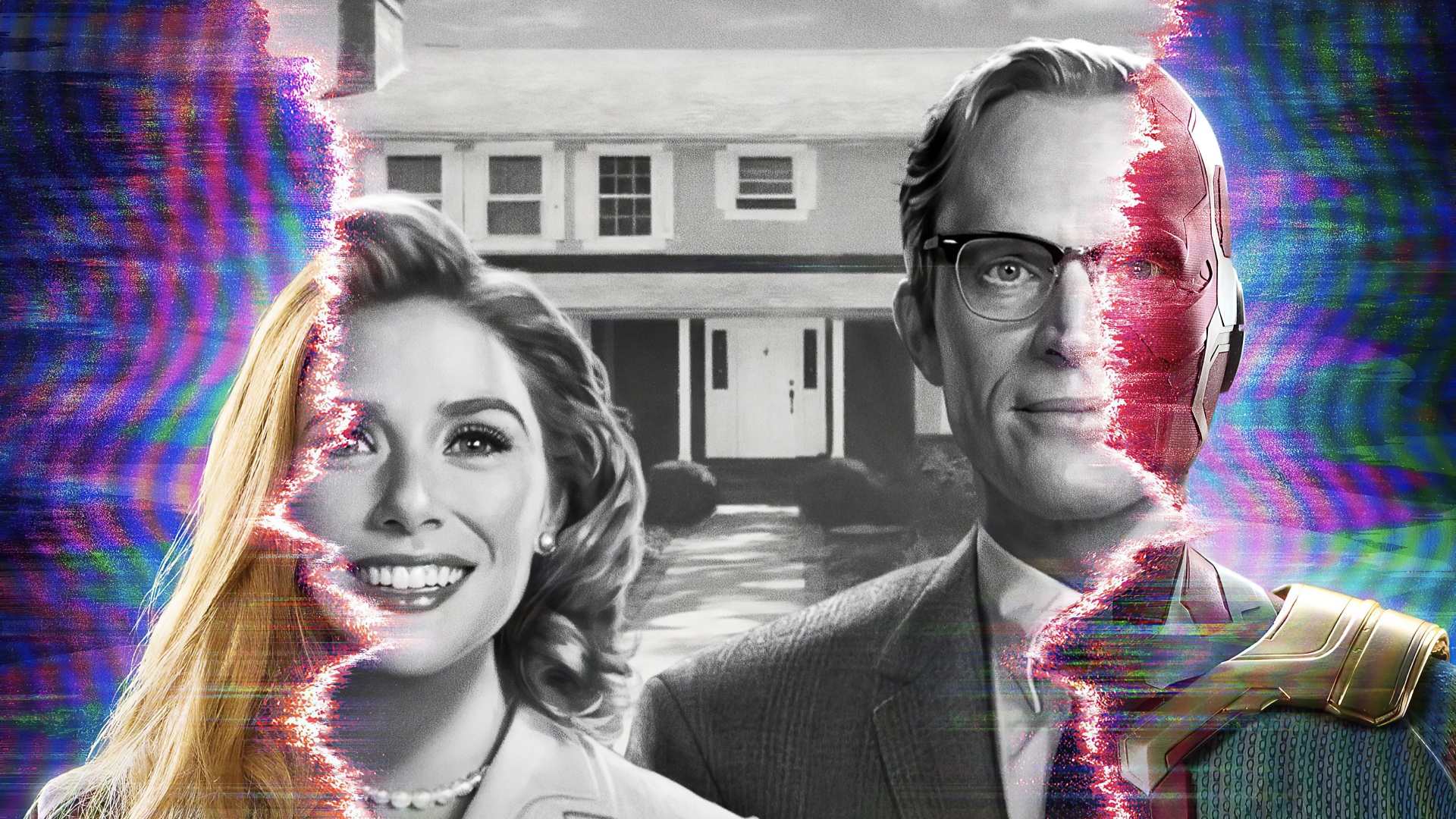 WandaVision Episodes 1 and 2 (No Spoilers) Review

It took a global pandemic for Marvel’s consistent record of yearly hits and wonders to finally come to an abrupt stop, but thanks to the promise of expanding its cinematic universe across Disney’s streaming service, the comic book powerhouse is only getting started on continuing to push forward with its groundbreaking success through multiple entertainment platforms. WandaVision may have just dropped on Disney+ today, yet its first two episodes alone go to show how Kevin Feige and Jon Favreau’s massive cinematic universe inspired by one company’s legacy will have no issues adapting to the constraints of the small screen. It takes several risks while sticking to what it knows best in its first notable television outing that utilizes its preestablished Hollywood icons. WandaVision elegantly showcases the same lovable superheroes everyone knows in an intriguingly unorthodox environment that pays homage to classic sitcoms for sinister reasons audiences will later have to discover.

Every audience member accustomed to seeing Marvel Movies in theaters may initially be concerned over how the studio’s stars and storytelling formulas will land in a televised space, yet those worries will become forgotten afterthoughts by the time they get their first good laugh out not even a few minutes into WandaVision’s curious yet arguably hair-rising introduction. Marvel’s Studios’ first major television project for Disney+ throws away its traditional expectancies while still keeping what audiences love about its big-screen counterparts intact. Viewers may not know exactly how much the show will tie into the yearly blockbusters yet, but either way, WandaVision is still well worth your while as it aims to create a compelling mystery while tackling the esthetics and filmmaking approaches of different television eras that Marvel typically doesn’t tackle.

WandaVision’s first two episodes ditch Marvel’s dramatic world-saving urgencies in exchange for situations that are far more character-focused and reliant as they attempt to alter its expected predictability factor. Perhaps it may be a short-lived scenario that will not extend past the premiere, but both episodes embrace the quirks, tropes, and motifs of classic sitcoms from the golden age as they use laughter tracks from a live studio audience, situations with predictable outcomes that surprisingly build character, and even general camera direction stuck in one room. From the black and white color scheme to the smaller aspect ratio, Wanda Maximoff (Elizabeth Olsen) and the Vision (Paul Bettany) are presented in a comical fashion that contains a clear direction. These plays on the time periods they tackle always land flawlessly. Viewers can only hope that the ingenious structure of these opening episodes will carry into the rest of the season.

The writing can sound cheesy and viewers can already tell a mile away when punchlines will hit, yet it does this as accurately as it should due to its obvious attempt to replicate what has already been done before. Practical effects are always being utilized and special effects are mostly kept to simple visual colorization tricks that clearly have significant meaning within what is to come in our characters’ livelihoods. WandaVision stays consistent in tone across its first two episodes- as it should. The apparent and admirable change in atmosphere that is likely something to happen in every episode to make each stand out from one another is also nothing short of exceptional. The show gracefully inherits the thematic and audible approaches of vastly different time periods in a matter of one credit role. Going directly into the second episode feels no different than starting the first, yet it manages to embody a completely different atmosphere than the last thanks to its changes in scenery and small visual enhancements that continuing blooming as the narrative snowballs.

The best part about WandaVision outside of its great sense of humor and enjoyable plotlines for any age group is of course, like just about every other live-action Marvel project, its two lead characters who are bursting with charisma as they fuel the show. Elizabeth Olsen and Paul Bettany are having an absolute blast playing Wanda Maximoff and the Vision like never before. The two get to flaunt and flex character traits their comic book counterparts would never get to constantly present in the films they previously starred in. Wanda and Vision feel reinvented and revived. In the first two episodes alone, Wanda is presented as this cheeky housewife constantly getting her messy husband out of trouble, while the Vision is out to get himself involved in their neighbors’ business but ultimately causes a stir of accidents the two must improvise out of together. Even the rest of the cast is pulling their weight as Fred Melamed, Teyonah Paris, and Kat Dennings all provide great performances reminiscent of the time periods they are being told to sink into.

Like Disney+’s biggest hit series The Mandalorian though, there is no doubt here that the overarching mystery will be the driving factor in keeping viewers attentive to its weekly release schedule when it comes to everything outside of its enticing cast. Any Marvel fan who knows the truth behind Vision’s fate is already aware that there is something amiss going on in Wanda’s mysterious new reality. However, even viewers unconscious of the characters’ prior storylines from the movies will get the same sinister sensation from its hints of an impending catastrophe. The subjects of how exactly the show will tie into the movies and confront its previous events are only given a handful of breadcrumbs to follow, but they are bewitching when they appear. Every brain-shattering question is cleverly teased at and yet the show holds the throttle back to wisely build up its answers. There is always a sense of uneasiness in the audience as viewers are evidently given clues that something is terribly wrong with the reality they are witnessing.

WandaVision is off to a marvelous start as it goes from being a sitcom to a sinister and creepy mystery. Episodes 1 and 2 may feel as if they are tackling episodic one-off subjects, but there is no doubt that all of its elements and hints will tie together in the overarching plot as viewers will be waiting to discover the truth behind its cryptic actuality. From its careful references of the S.W.O.R.D. organization working behind the scenes to perhaps help Wanda, to Stark commercials potentially driving the technology messing with her head, Vision’s false placement implied by Olsen’s rather at times commanding protagonist, and AIM being the true culprits behind a potential evil plot stirring, WandaVision provides so much to look forward to in such a short runtime. Next week could not come any sooner…

WandaVision Is a Joy That Definitely Won’t Last