“Did you ever feel your leads and theories were discounted because of your race?”

Wayne Hays doesn’t answer director Elisa Montgomery’s (Sarah Gadon) question directly, but he’s definitely thought about it over the years. If Ali’s casting felt blind in episode one, blackness is treated directly as a topic in True Detective Episode Two. Montgomery is part of the post-intersectional zeitgeist, boldly stating “I’m interested in the intersectionality of marginalized groups within authoritarian and systemic racist structures.” Cases are now revisited bearing the complexity of marginalisation and racism in mind.

Did Structural Racism Hinder the Case?

Back in 1980, the sheriffs have found a vital clue. The dolls from episode one ring the bell of one of the school kids, who says he saw someone give one out to Julie Purcell during Halloween. Hays and West propose a search of every house in the district. No warrants — just knocking on doors. Solid police work. But Hays is ignored by his superiors, who overplay their hand by holding a press conference with the FBI.

As a white writer, Pizzolatto is treading potentially problematic ground here, but he mostly treats racism as a lived-in fact rather than something he thinks he can truly understand (unlike the heavy-handed Green Book, also starring Mahershala Ali). There are cringe-worthy Pizzolatto-isms — like when they interrogate the local pedophile and Hays threatens that he’ll “bleed black cock” in prison — but there are also some nuances. Consider the bar Hays drinks beer in: the patrons are almost exclusively black, yet this isn’t commented on — just the way that small-town society organized itself during that time.

When he flirts in the same bar with love-interest and future wife Amelia Reardon, they open up to each other in a new way. She says that she likes to go to a hotel out of town and pretend to be a different person, while he expresses his disdain for the Democrats and his love of being alone; they’re both revealing their real selves in a space away from white people. Yet most notably, when he is stuck in this bar, the TV plays the press conference, basically letting the kidnappers know that they’re onto them. Crucially, he’s not even there when the decision is made.

When Hays confronts West over the decision to bring the case to television, he doesn’t explicitly bring up his race, but pointedly tells West that as it’s his “tribe,” he should’ve dealt with it. West is genuinely confounded, and doesn’t try to justify the differences between them or say that he understands where he’s coming from. These things can’t just be brushed over, but exist as a constant source of tension. The question is whether this is the defining factor that derailed the case, or just one of a myriad of reasons. After all… 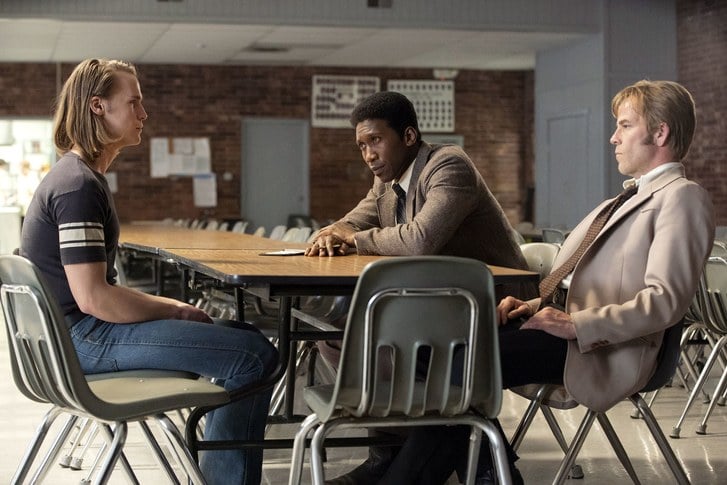 Can Wayne Hays be Trusted?

In the 2015 sequences, it’s clear that Hays has problems remembering. He welcomes the TV crew into his house, as it allows him to remember his wife better; he’s aware that his memory is fading all of the time. Does he have dementia? We learn he has a daughter, now estranged. In a heartbreaking dinner table sequence, he asks his son Wayne (Ray Fisher) twice to help bring her back, unaware that she probably isn’t coming back for a reason.

How much can we trust the 1980 narrative then, if it is filtered through Hays’ own recollections? Certain decisions don’t make sense: why don’t they go after the uncle at the funeral, considering the peephole in the wardrobe? Will we find closure to these problems, or are the two detectives simply biding their time? What exactly went wrong? Does Hays even know? The episode pointedly ends on a cliffhanger — a potential dream sequence that sees the older Hays in his bath gown, marooned on the street where the abductions took place. While I doubt True Detective will go into full Twin Peaks territory, it would be more than welcome if it took on a surrealist edge in order to differentiate itself from previous seasons, as well as conventional police procedurals. 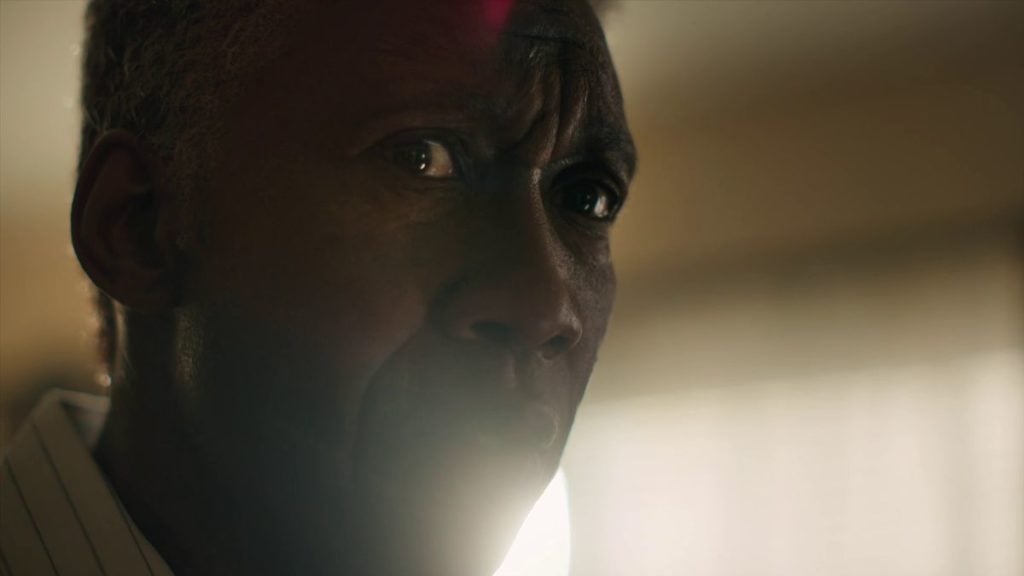 It Takes A Village

Nic Pizzolatto gets his thrills from seeing these men violently brought to justice, having Hays and West beat him to a pulp and discuss whether or not to violate his parole (they’re outside of his agreed limits), or simply kill him and chuck him in a ditch (it’s implied that they let him go to be put back in jail). It circles back to the prostitute ring in season two, and the pedophilia cults in season one. Director Montgomery even makes explicit reference to season one’s crooked spirals, suggesting that all True Detective stories take place in the same universe. While any crossover seems unlikely, it helps to create a broader sense of good versus evil that gives True Detective its immense power.

Meanwhile, the father of the missing Purcell children, Tom (Scoot McNairy), attempts to return to work at the factory. He’s been working since age fourteen, and can’t imagine doing anything else — even in the midst of such grief. Nonetheless, he gets put on forced leave, as the other men have no idea how to navigate his trauma. He’s in for a further surprise when the kidnappers (or possibly a hoaxer) send a note to the house telling them to stop looking for his daughter. If they have any hope trying to find her — in either 1980, 1990, or 2015 — they’ll have to work together. Will Hays learn before its too late? Time will tell.