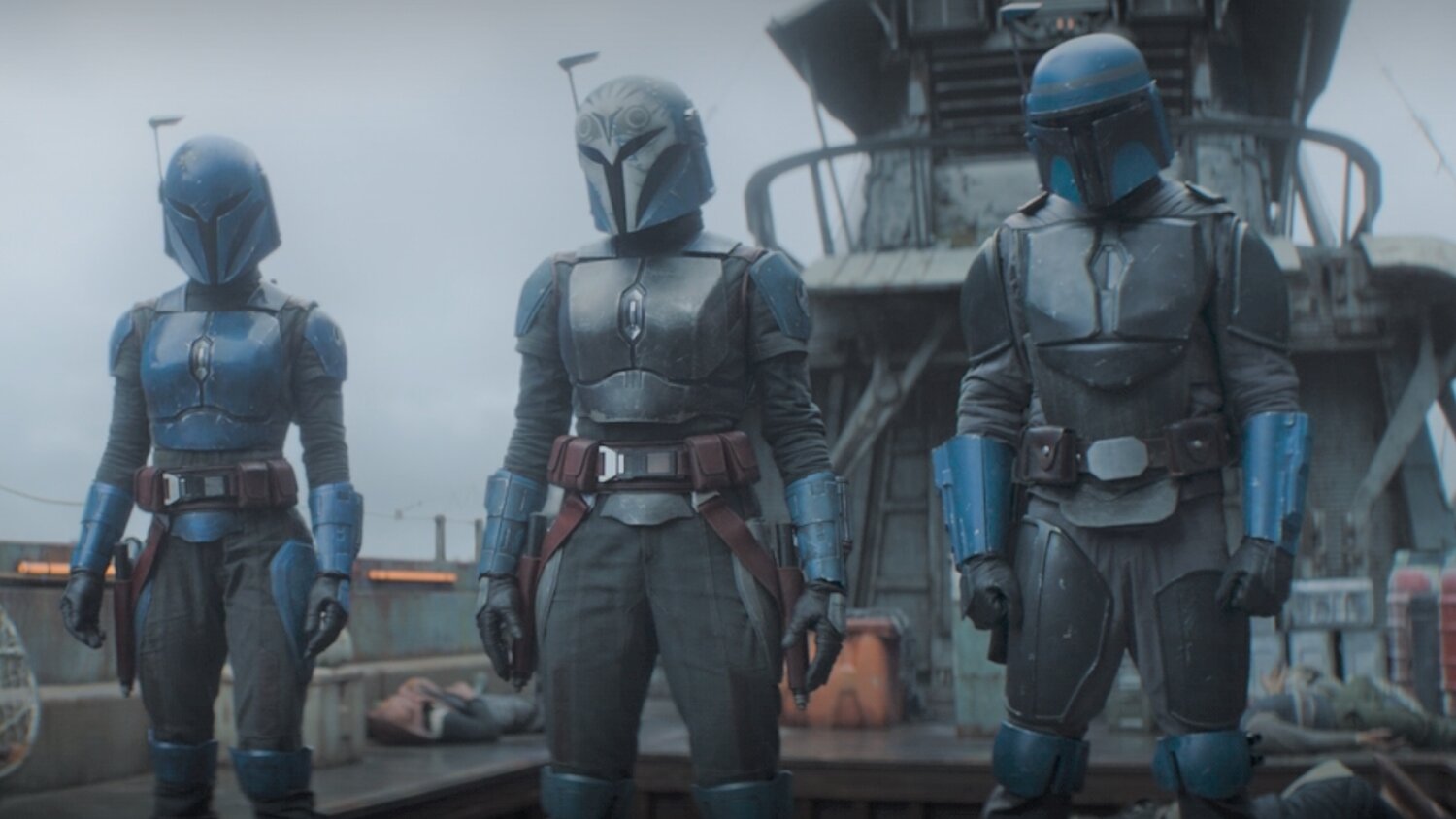 The last episode of The Mandalorian was an odd monster-of-the-week affair that didn’t seem to advance the plot. Fans got a massive leap forward this week as the table was set for another big appearance and the Imperials finally returned in “The Heiress“.

Episode 3 was better than Episode 2. The narrative was more relevant to the overall story. Additionally, it also showed Mando being the warrior fans know he is. That being said, his new friends had to save his butt a couple of times.

Mando’s journey with the Frog Lady just barely reached its conclusion on Trask. It led to a heartwarming reunion with her husband. For all of you who got upset about The Child eating her eggs last week, he did not indulge this week. In fact, at least one egg has hatched.

The return of the Imperials in “The Heiress“ included a brief appearance from Moff Gideon. Episodes 1 and 2 lacked a threat clearly related to the overall story. Now that the Imps are back in the mix, Mando might have an overall force to work against, again.

The Heiress to the Throne (Spoilers)

Din Djarin took the transportation job because Frog Lady said her husband knew of more Mandalorians. Her husband delivered. They sent Mando on a path that led him directly to a group of Mandalorians. Even more important, this group was led by Bo-Katan Kryze.

Bo-Katan was a key Mandalorian character in both The Clone Wars and Rebels. Battlestar Galactica veteran Katee Sackhoff voiced Bo-Katan in both animated series and plays the live-action version of her in The Mandalorian. It’s rumored she will also star in the upcoming Cara Dune series on Disney+.

Her arc led Bo-Katan from being a member of Death Watch, a group trying to overthrow her sister Duchess Satine, to leading Mandalore herself. She was literally the heiress to the throne of Mandalore. The Empire’s Siege of Mandalore deposed her and enslaved her world.

Moff Gideon was part of that. It’s how he ended up with the Darksaber. As such, Bo-Katan and her crew of Mandalorians are on the hunt for him. She wants her blade back, along with Gideon’s head.

Part of her team includes WWE’s Sasha Banks. While it was hoped that she would be playing Sabine Wren from Rebels, it looks like that isn’t the case. She is still playing a Mandalorian, though, so there remains a chance that this is a swerve. Either way, Sasha Banks makes a great Mandalorian.

The Name was Spoken (Spoilers)

The announcement that Ahsoka Tano would make her live-action debut on The Mandalorian rocked fans. And the confirmation that Rosario Dawson would be playing her shocked them even more. Since Episode 1, fans have been waiting for her to appear and it looks like that wait might be coming to an end soon.

In “The Heiress,” Mando agreed to help Bo-Katan on her mission in exchange for information on where to find more Jedi. Bo-Katan lived up to her word and directed Mando towards an old friend. She told him where to find Ahsoka Tano, mentioning her by name

Whether this auspicious meeting happens in Episode 4 or not remains to be seen. Still, it’s outstanding to know that Tano’s appearance is finally in play. On top of that, fans might be about to get some more information about The Child from her.

This is the Way (No Spoilers)

The Heiress provided some answers about the incongruities within Mandalorian society. Up until this series, Mandalorians had no problems taking their helmets off. It happened pretty much all the time. But this sect seemed to be more inflexible about their culture.

Bo-Katan and her allies taking their helmets off, was shocking to Mando. He accused them of not being real Mandalorians. Thankfully, Bo-Katan was there to explain what was going on and it cleared up some aspects of Djarin’s past.

Apparently, his covert was part of a splinter cell of Mandalorians. These religious zealots do a lot of things differently than mainstream Mandalorian society. That includes the helmet thing. Mando didn’t take this well and required some convincing to work with them.

By the time they parted ways, Mando had an open invitation to join Bo-Katan’s crew. That could be an interesting angle for the narrative down the road. There will come a point that he has to leave The Child with someone to be properly trained.

The Mandalorian: “Chapter 12: The Siege” — You Can Go Home-ish, Again

The Mandalorian “Chapter 10: The Passenger”— Can I Offer You an Egg in this Trying Time?