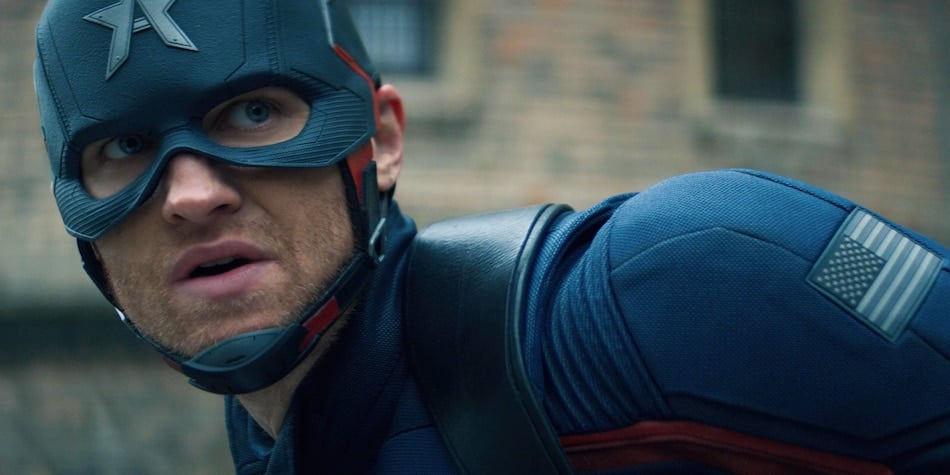 The Falcon and the Winter Soldier: “One World, One People” Review

Last week’s penultimate episode of Marvel’s buddy cop miniseries reached new heights in the show’s storytelling, a smaller, quieter affair in which character development took precedence over the more inconsistent themes it had to offer. Easily the best episode of the six on offer, it’s a shame then that its finale is just as muddled as its previous instalments.

Just as overloaded as the rest of the show, the Flag-Smashers prepare an attack on the Global Repatriation Council (GRC) whilst Walker, rejected by the government, has now created his own shield to get revenge for the death of Hoskins. Meanwhile, Sam, donning a new suit and officially taking up the mantel of Captain America on his own terms, and Bucky seem to be already at the scene in order to protect those in danger.

It doesn’t waste any time in getting going; at only 50 minutes, the action starts immediately and doesn’t let up until about minute 40. Whilst inevitable for a show of this ilk to end with set-pieces, the choreography is fairly chaotic with moments of brilliance (see, for example, Sam’s combined use of both shield and wings, and Bucky’s highly enjoyable handling of a motorbike), and is often visually confusing when it comes to the saving of larger groups of people, such as members of the GRC in a hijacked helicopter.

It does, however, come with punch-the-air moments. Sam’s new suit introduction and ultimate heroic act are genuinely goosebump-inducing, and a monologue when all is said and done cements him as his country’s hero, and clear successor to Steve Rogers. Mackie is wonderful in these moments, and one can only hope that more Captain America movies are made with him front and center.

Throughout the show, the promised themes of racism in America have been only slightly explored, erratic in execution, and the same can be said of Bucky’s dealings with guilt. Perhaps with fewer episodes to fully flesh this out, the show never had a chance to completely delve into it, but it makes a last-ditch attempt to tie the many remaining strands together. Walker, now a straight-up murderer walks free and works for a private sector, but it’s unclear whether or not this is an intentional commentary on the justice system’s systemic racism or the desire to keep the character in play.

And he’s not the only character whose intentions are highly underdeveloped; Sharon, back in play after only popping in sporadically on recent episodes has work to do beyond the show, but is not afforded the opportunity of progress, due to too much in play, and the desire to keep some of the show’s revelations as set-up for future outings.

Much like last week, the episode is at its best when it hones in on its characters, however minor. The final ten minutes or so are up there with the highs of episode five, particularly during an interaction between Sam and Isaiah, with a touching final shot (barring a post-credits sting) that conveys what you suspect the show wanted to do throughout its run. The Falcon and the Winter Soldier has its moments, but, ultimately, remains one of the more irritating MCU projects; a glimpse of excellence marred down by an overwhelming array of themes, antagonists, and world-building. A fine watch, If nothing more.