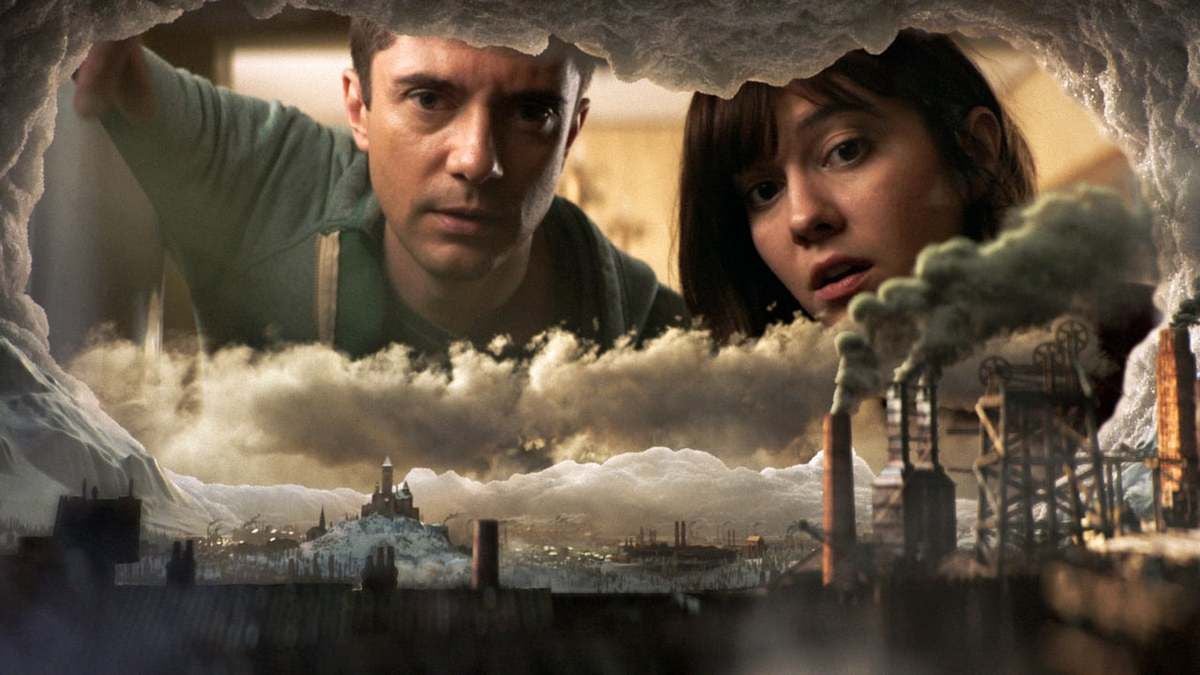 Having begun life as David Fincher and Tim Miller’s failed Heavy Metal movie reboot, Love, Death + Robots is a newly animated science fiction anthology series on Netflix. Billed as ‘adult’ sci-fi, the Heavy Metal connection was enough to get me excited, and the Netflix connection was enough to help temper those expectations. Still, hope can be a terrible monkey’s paw; the dreaded “you got what you asked for, but was it what you wanted?”

Shortly before the show was revealed, some friends and I were talking about how a lot of modern science fiction was lacking in metal: metal of the heavy variety. I mentioned how great it would be to see an original science fiction anthology series, but one that was not so tied down to specific voice and theme, or at least one that could really take advantage of a visual medium in the way that Heavy Metal comics can.

As a lifelong lover and sometimes writer of speculative fiction, I have always wished to see cinema and television take greater advantage of the breadth of possibilities that sci-fi, fantasy, and horror can offer. However, the bigger the project and the greater number of people required to produce it, the slimmer the bandwidth there is to represent these myriad possibilities. Case in point, the biggest and most successful examples of cinematic sci-fi still tend to be action movies—ticket sales favored Independence Day over Ex Machina.

Well, Love, Death + Robots has arrived, and although it has its remarkable qualities, it manages to be neither fish nor fowl when it comes to great science fiction. First, though, one thing must be made clear: Love, Death + Robots is exactly what it says on the tin. No one can complain that we did not get a modern rendition of the classic science fiction anthology series concept. The hard part is whether or not the content of the anthology really sings.

Having avoided the trailers before watching it, imagine my surprise to find that almost every one of Love, Death + Robots’ eighteen episodes is based on the work of a well-known sci-fi author. There’s a distinct, warm glow one feels to see writers such as Peter F. Hamilton and Alastair Reynolds finally brought to the television-watching public, even though any story feels a bit generic when pushed through the filter of CGI.

On the one hand, skillful adaptation of prose science fiction is a proud tradition, but on the other Love, Death + Robots is held back by its origins as a Heavy Metal reboot, as well as occupying a weird middle ground between technical showcase and actual speculative fiction content. Like so much cinematic sci-fi, the priorities sit squarely with aspects of presentation rather than ideas, an approach that benefits some stories but absolutely kills others.

Take the first episode, “Sonnie’s Edge”, based on a story by Peter F. Hamilton. The fact that the series’s best stories are also the most visually stylized might raise the question as to why this Halo-cutscene-looking episode was chosen as the vanguard, but here we are. The short smartly hands a large chunk of its running time to the battle between two genetically-altered “beasties”, before laying down the first of the show’s many twist endings (I never said there wasn’t a pattern to these sorts of stories!).

The problem is that in the first five minutes, an important story track is delivered through voice over, rather than action, as the gladiator fight is later in the episode. Sonnie, the “driver” of a gladiator monster, was found left for dead after being attacked and raped, causing her untold injuries, as well as fueling a fit of anger that apparently gives her an ‘edge’ (trying to stay relatively spoiler-free here, everyone).

In prose, reported backstory works because whether the information comes from a character or the narrator, the reader tends to take what they are told for granted—this is why the ‘unreliable narrator’ trope works so well in prose, and why visual media such as film and television have to employ different, complicated tricks to pull it off.

In the adaptation, however, voice over is frowned upon—the common wisdom is to show, not tell. Because of this, reported backstory is instead usually depicted firsthand within the action of the film. In a case like “Sonnie’s Edge”,simply telling the audience that a character was assaulted, instead of dramatizing the event, comes off as disingenuous. At worst, these character details seem like quick cheats: insensitive and exploitative when not handled with appropriate care.

Such a disconnect between what works in prose science fiction and what works for the screen then pervades the remaining episodes—sometimes less so, and sometimes just as badly. The most impressively animated short, “The Witness”, avoids the disconnect entirely as it is an original work for the screen by Alberto Mielgo, whose style of “motionography” blends the real and the comic-book-like nothing else.

The trade-off in “The Witness”, then, is that the narrative is pat and unimaginative. But this sleazy and amazingly designed short is also closer to the Heavy Metal of it all, because the Heavy Metal comics were so often great artistic presentations—much more than they were great works of speculative fiction.

One of the better shorts, “The Witness” still plays around with familiar visual motifs and tropes of Heavy Metal wannabes. Gratuitous nudity, an obsession with sex work, and graphic sexist violence is par for the course in visual science fiction, unfortunately. As the series goes on, so too are down-home ranchers in mechs, robots pondering their strange human creators, and werewolf power fantasies.

It brings to mind the funny delay effect between sci-fi in print and sci-fi on screen; most of the show feels like it comes from the turn of the millennium. I’m not going to complain about that, as some of this is my jam, but it also means that there’s not a whole lot new for gamers, comics readers, or just general sci-fi buffs. The ‘wow’ comes in the technical presentation of these well-worn tropes, not the ideas themselves.

There is quite a wow. Whether as a cartoon, or photoreal, or with CGI models painted to look like 2D animation, every short has something interesting to see, though the aforementioned gamers and comics readers are likely to have seen it before. For the NSFW crowd, there’s plenty of blood, guts, gore, bare breasts and hanging dongs, if you are into that sort of thing.

I realize that this ended up sounding much more negative than I thought it would, and I do not mean to shit on the fantastic craft in Love, Death + Robots. It is just that—like so many other “almost there” Netflix shows—what is offered is really nothing that can’t be watched, played or read in a purer and more interesting form elsewhere.

After watching three-ish hours of cool science-fiction aesthetics, I can heartily recommend the show to viewers who don’t mind leaving their brain behind, even if they will forget that they saw it shortly afterwards. But if you’ve read the stories that these shorts are based on, you will probably feel too far ahead of the show to properly enjoy what it is doing.

Worse, if you are looking for something that takes advantage of the medium (instead of taking material from one medium and retrofitting it for another) you will not find it here. Consider that, in an anime, for example, this sort of entertainment is usually adapted from other visual media such as manga, rather than from prose fiction.

Back to the monkey’s paw illustration, though: just because one thing is done does not mean it cannot be improved upon. Love, Death + Robots will reach ten or a hundred times the people that the written stories it is based on ever will. If enough people pay attention, the market for science fiction television will still expand. Even if the show itself is a bit disappointing, it will not do any harm.