Created by Jack Thorne (whose previous writing credits include Skins, This Is England and Shameless), the six-part supernatural horror series titled The Fades, may just very well be the most promising new series of 2011, in the sense that it had the potential to really make waves if given a second season. The series manages to kick plenty of ass by breathing some much needed fresh air into the over-saturated genre but it just wasn’t enough. The Fades instead, faded away and it now stands along side of shows such as My So-Called Life and Freaks and Geeks as a “one-season wonder”.

Those hungry for dark science fiction, look no further. This highly ambitious, big-scale-small-budget series is best described as the antithesis of the late, and downright disappointing, series Demons. It is best described as a cross between Skins and Torchwood, and it borrows heavily from sci-classics such as  Invasion of the Body Snatchers and The Thing, to name a few. The Fades is a mad apocalyptic genre mash-up of the living versus the dead and thankfully, the storytelling in The Fades (although somewhat convoluted) sparkles with wit, originality and charm. What may seem to kick off as your run of the mill horror setup (a young hero with a supernatural gift, who’s recruited by mysterious people fighting a clandestine war against evil), quickly evolves into something far more interesting. And how refreshing is it is to have a supernatural series that doesn’t feature vampires, werewolves or even zombies, while also avoiding any explicit religious implications? Even more, The Fades is extremely dark. Make no mistake about it. People die and they die horribly. Apart from Game Of Thrones, no other series has ever raised the bar in stakes quite as high as The Fades. If the end of the world wasn’t enough, everyone and anyone can die, including some of your favorite characters.

Apart from Game Of Thrones, no other series has ever raised the bar in stakes quite as high as The Fades.

The general conceit here centers on an English teenager named Paul (Iain De Caestecker), who is haunted by apocalyptic dreams that nobody can explain, and is able to see spirits of the dead, known as the Fades, who begin to surround him and the city in which he lives. Think The Sixth Sense, in which The Fades cannot be seen, smelt, heard or touched by other humans except for those special few like Paul – ‘Angelics’ – who have the ability to perceive them. But these spirits aren’t simply trying to find their way home. As such, the Fades left on Earth have become vengeful towards the human race and after finding a way to become partly human again, they set out to try to regain control of the real world by killing off all of mankind. The premiere alone, drops a ton of information on the viewer, including themes of life, death and what’s in between, who’s good, who’s evil and how it all connects. At first, Jack Thorne’s appetite for complex situations gets the better of both the show and viewers. The above summary, for example, focuses only on the central plot of the series, let us no forget every other subplot thrown in the mix such as Paul’s budding relationship with his sister’s best friend Jay (Sophie Wu), or the disappearance of Sarah (Natalie Dormer), the wife of Paul’s teacher, Mark (Tom Ellis), and even the Spielbergian daddy issues of Paul’s best friend Mac (Daniel Kaluuya). It could be a bit of an overload to say the least, but thankfully The Fades stays on course and builds towards a satisfying finale. Perhaps due to its high concept-post-apocalyptic plot line, though, The Fades might just have benefited from slightly longer episode order. 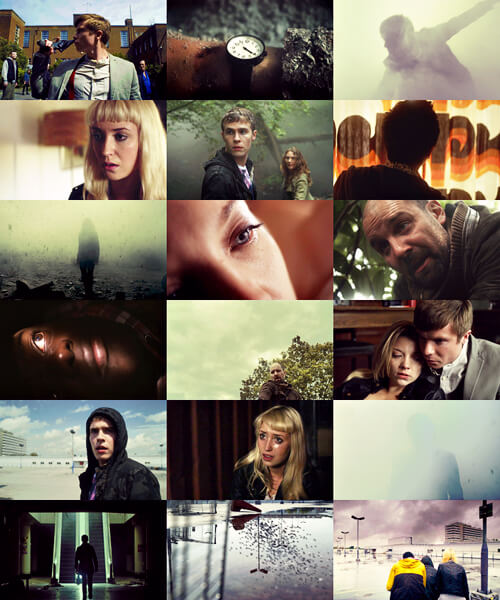 Thorne’s background with realistic teen dramas not only brings that priceless understanding of how real teenagers talk and behave to the show but sets The Fades miles apart from the usual “kid discovering they have superpowers and becoming humanity’s last hope” storyline. The Fades is to supernatural series what Kick-Ass is to superhero comic books. In other words, this is a coming of age story first, a horror story second. Apart from the grisly premise, the plot often recalls Buffy or Smallville often veering into teen- melodrama. Paul endures strife and disorder both at home and school: his single mom (Claire Rushbrook) tries a little to hard to protect him, meanwhile his twin sister, Anna (Lily Loveless) and school mates constantly bully him. And at night, Paul suffers from nocturnal urinations and hallucinations, and thus the reason for his weekly visits to the therapist. The dead coming back to haunt the living is hell, but for Paul, teen life is even worse.

The Fades plays host to legitimately frightening scenes of horror and violence, and yet there’s a playful and comedic tone injected through it all. Even the opening titles are impressive, a wonderful montage which perfectly sets the tone for the dark, supernatural themes ahead. The intro treats us with images of ghastly shadows moving across the forest and inner city, and the music is especially memorable. The series score by Paul Thomas is fantastic, and the production design, cinematography and visual effects artfully blend cool, shadowy noir with steamy, gooey horror –  an end result that is far above the quality found on your average television series. Some argue that The Fades is actually the closest we’ve ever come to having a British Buffy The Vampire Slayer. In many ways I believe it had the potential to become bigger than Whedon’s series, and quite possibly gain a bigger cult following if they played their cards right.

The reality is that The Fades is grim, and it’s only right that the characters’ decisions should reflect that all-consuming tone.

The real revelation here is the cast, starting with Iain De Caestecker (Agents of S.H.I.E.L.D.), who plays the angsty psychic teen lead. Although a bit dreary at times, he’s endearing as he conveys Paul’s conflict of being the messianic hope of the world while simultaneously struggling to survive the hell of being a sexually deprived, awkward teenage boy. De Caestecker has the sexy boy-next-door/geeky look that has helped him build his fan base ever since appearing nude in episode three. Paul makes for one of the greatest awkward teenage characters ever brought to the small screen, and more importantly someone who the majority of the fanbase can relate to. But the real scene stealer is Daniel Kaluuya, who plays Paul’s fast-talking best mate, whose primary job is filling in for comic relief. Mac’s a walking encyclopedia of pop culture – so much so that his reliance on movie references outstrips even Community‘s Abed. The pair are engaging and engrossing from the start – their friendship feels authentic, and lived-in, and their geeky dialogue and references to the science fiction, fantasy and comic book genres helps set the show apart from others like it. One could write an entire page jotting down quotes from the duo’s best conversations; some of the highlights include Mac’s interesting theory regarding The Sixth Sense, his early speculation that he was the second coming, and his theory on why the Eye of Sauron in The Lord of the Rings trilogy hints at J.R.R. Tolkien’s “slightly twisted sexual preference.” 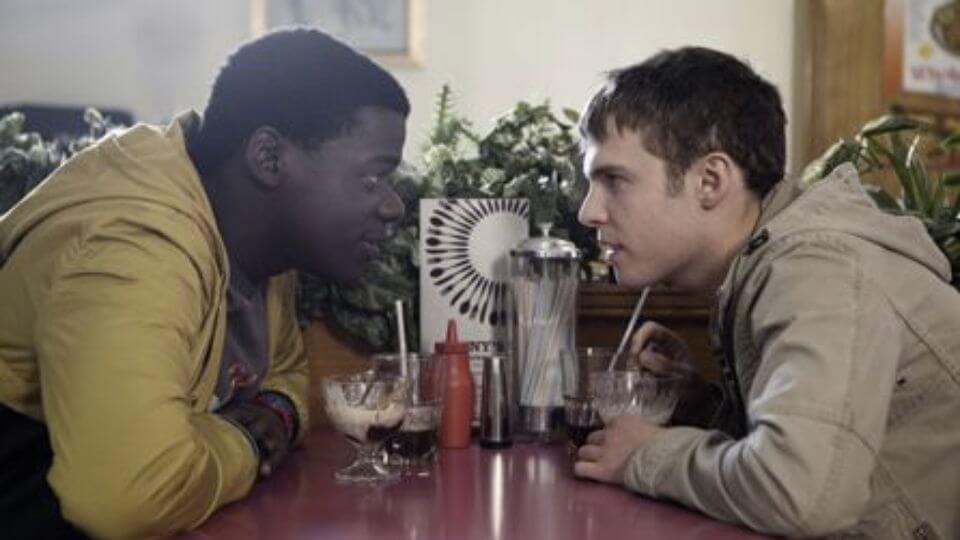 The Fades was accused of poorly conceived internal mythology, crudely drawn caricatures and undisguised misogyny, but I completely disagree. The reality is that The Fades is grim, and it’s only right that the characters’ decisions should reflect that all-consuming tone. The series is one of the best pieces of sci-fi TV produced in recent years. From the witty, well-written script, to the beautifully realized characters, the fantastic and entirely believable performances, the tense, at times terrifying and sometimes funny moments, to the epic-scale finale, this first run of episodes holds together beautifully. The final episode maintains the relentless pace throughout the series, featuring some stellar effects, twisted violence, at least one unexpected death and the perfect cliffhanger. Sadly we will never know its conclusion.

If you do set aside some time to watch this, it’s important to pay close attention to each episode’s prologue, which opens with one of the characters breaking the fourth wall to deliver a recap of the previous week’s events. There is a ton of information and previously unseen material which is lifted from the unaired pilot. A good deal of the information is actually pretty crucial. 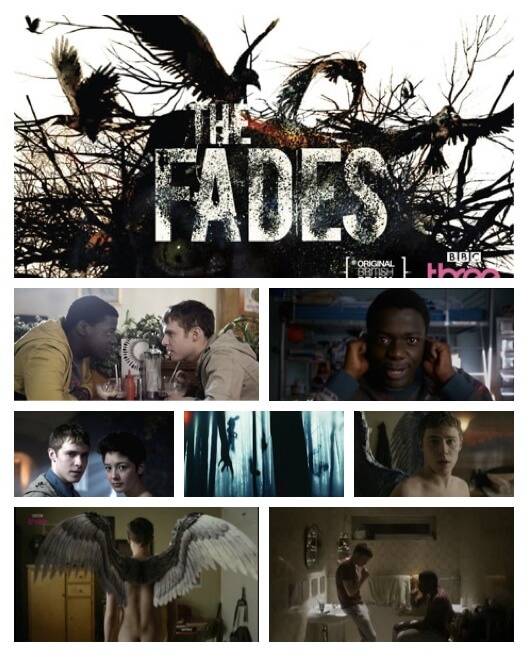