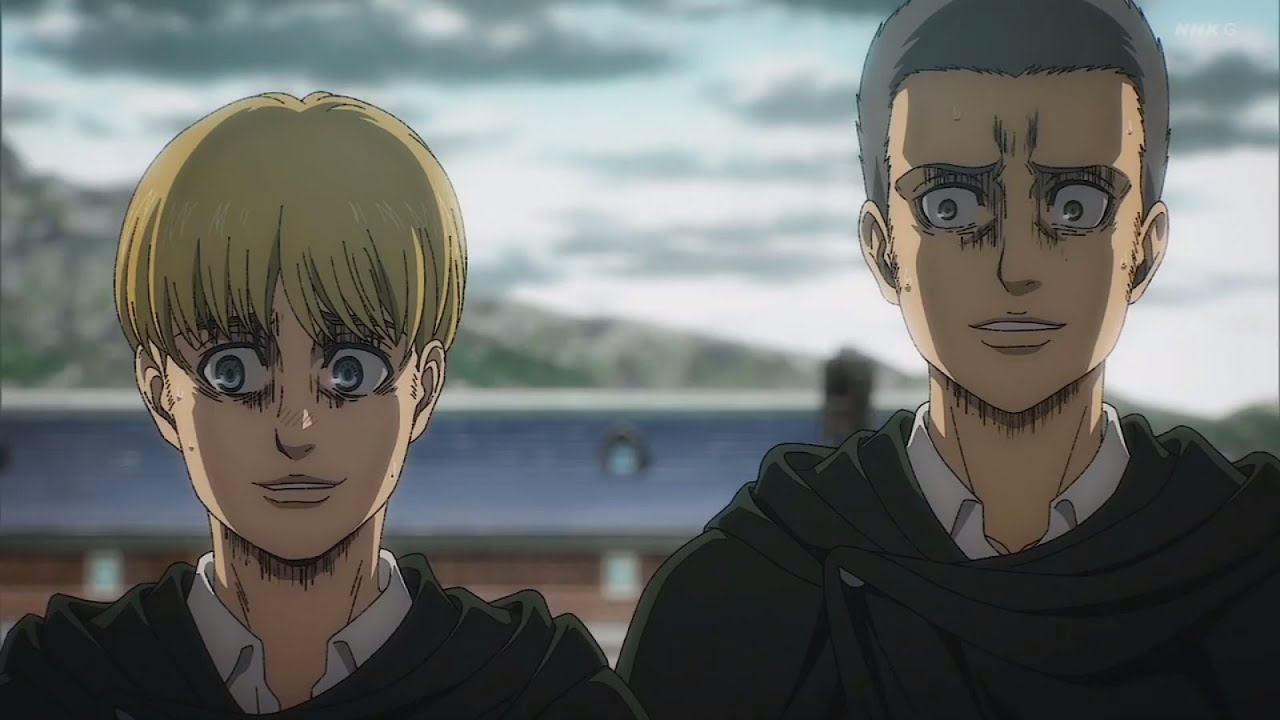 As Attack on Titan closes in on its series finale, many enemies have put aside their differences. Indeed, the last two episodes of the hit anime have largely focused on characters on both sides coming to terms with what they’ve done and what’s been done to them. Still, it’s with heavy hearts that the battle to retake the port from the Jaegerists begins.

Though it might have been a little too optimistic to suggest that the heroes and villains of both sides could put aside the struggles that have defined their lives quite so quickly, the fireside chat that sees them coming to blows before setting out on their final mission is a bit worrying. How can two sides with such different perspectives and so much bloodshed between them put aside everything that’s brought them to this point?

Well, it seems they have no choice. Wartime makes for strange bedfellows and if Reiner needs to have his face smashed in before Jean can get on board then I guess it’s a good thing he heals quick. As expected, it didn’t take long for Annie and Mikasa to be in each other’s faces either, though, for now, it’s just trading vocal barbs between the two sides mostly.

Naturally, Armin puts his mind to the test in hopes of saving his former colleagues but as the plan spins out of control, the surviving Hizuru are forced to hide underground with the scout and Marley team. Now, with the Armored Titan and Female Titans loose, it’s going to be a time of tears and blood for everyone. Conny and Armin are already paying that brutal price but with a mere two episodes remaining, it’s anyone’s guess how many more will have to die

Though all of the members involved in the fight to stop Eren and the Jaegerists have a mostly common goal, it’s still unclear how characters like Yelena and Falco will figure into the final struggle. Can Mikasa and Armin really talk Eren back from the brink? And if so, what about the big rivalries we’ve been exploring throughout the final season of Attack on Titan? How can peace be found through more killing? Can the cycle of violence truly be broken with more violence?

It’s interesting to see the characters really reckoning with the harm they’ve inflicted while also seeing the big picture. Both sides have been trapped in a struggle that has pitted them against one another with the grand aim of “saving the world from titans”. Now titans and humans must work together to stop the end of the world. It’s a horrible situation that both sides contributed to creating but there’s nothing for it but more killing at this point in the game.

The palpable tension of the port sequence has already been harrowing. Now, as we fade out on Conny’s haunting screams and the spatter of blood, the final hour has come for Attack on Titan, and all we can do is wait.

WeCrashed: Why you Should Watch the New Series on Apple TV+