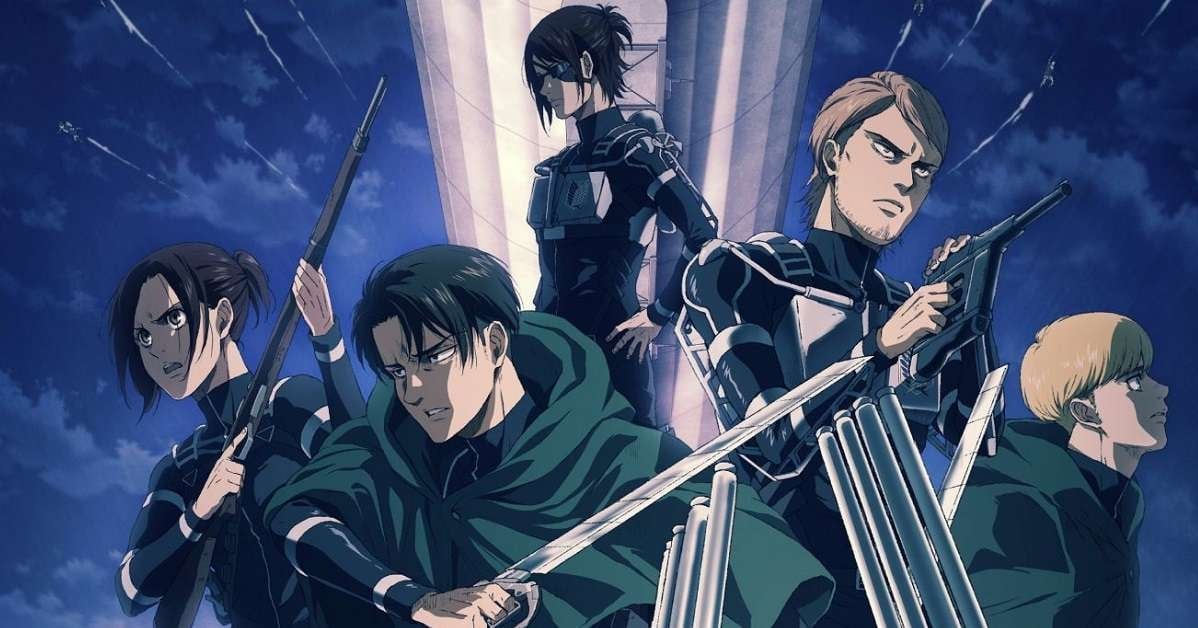 Attack on Titan has continued to keep a low profile over the last few weeks as things build to the big series finale. Following Sasha’s death, Eren has been imprisoned for his insubordination, but there are factions in both the military and civilian populations who support him implicitly. With his closest friends, Armin and Mikasa, caught in the middle, the state of affairs is boiling beneath the calm at its surface.

With the knowledge that Eren possesses the rumbling, the military police again working against the scouts to usurp their trump card. However, as the resistance has mounted its first significant blow in Paradis, leaving Premier Zachary blasted in half across his own courtyard, the remainder of the military has little choice regarding its course of action. Pyxis, ever the pragmatist, has decided to put aside infighting in hopes of uniting against their common enemies across the sea.

Those enemies aren’t the Hizuru… or are they? Though the Hizuru have come to the shores to work with the Eldians of Paradis, is that really all they’re here for as Attack on Titan closes the back cover on this story for good? Like Yelena and Onyankopon, it seems very unlikely that something like the Hizuru would be introduced this late in the game just to fill in Mikasa’s backstory a bit.

Further, as Zeke seems to be pulling the strings from behind the scenes, can all of the disparate parts of his revolution continue to function without him holding them together? The revelation that he has joined with the Scouts remains one of the biggest twists of Attack on Titan‘s final season, but whether peace can be found between two people as strong-headed as Eren and Zeke is a question that remains unanswered.

Also, it seems to be the real season for prison breaks lately. First Falco and Gabi made their escape, only to find themselves in the conflicted home of Sasha’s genuinely good family. Though tensions boiled considerably, cooler heads eventually prevailed, leading to an uneasy alliance between the displaced Marleyans and their hosts.

Meanwhile, Eren has made good on his threat to Hange and escaped as well. Joined by Floch, a group of one hundred military defectors and the civilians who support his quest for vengeance, Eren dons a badass overcoat, setting aside his traditional Scout uniform in the process. Will he so readily rejoin the institution he has just abandoned or, as the season 4 theme song suggests, will this be his “last war“?

Finally, as the other side sets its sights on a counterattack, we see that Pieck, the Cart Titan, has already infiltrated the island of Paradis. With an enraged Reiner, as well as the Jaw and Cart, can Marley hope to use what’s left of Magath’s military might to go up against the fractured remnants of the Beast, Colossal, Founding, and Attack Titans? What of Annie, the Female Titan? Who will she join when she awakens at last? Is Ymir really dead? These are the questions that linger in our minds as we await the remaining four episodes of Attack on Titan.