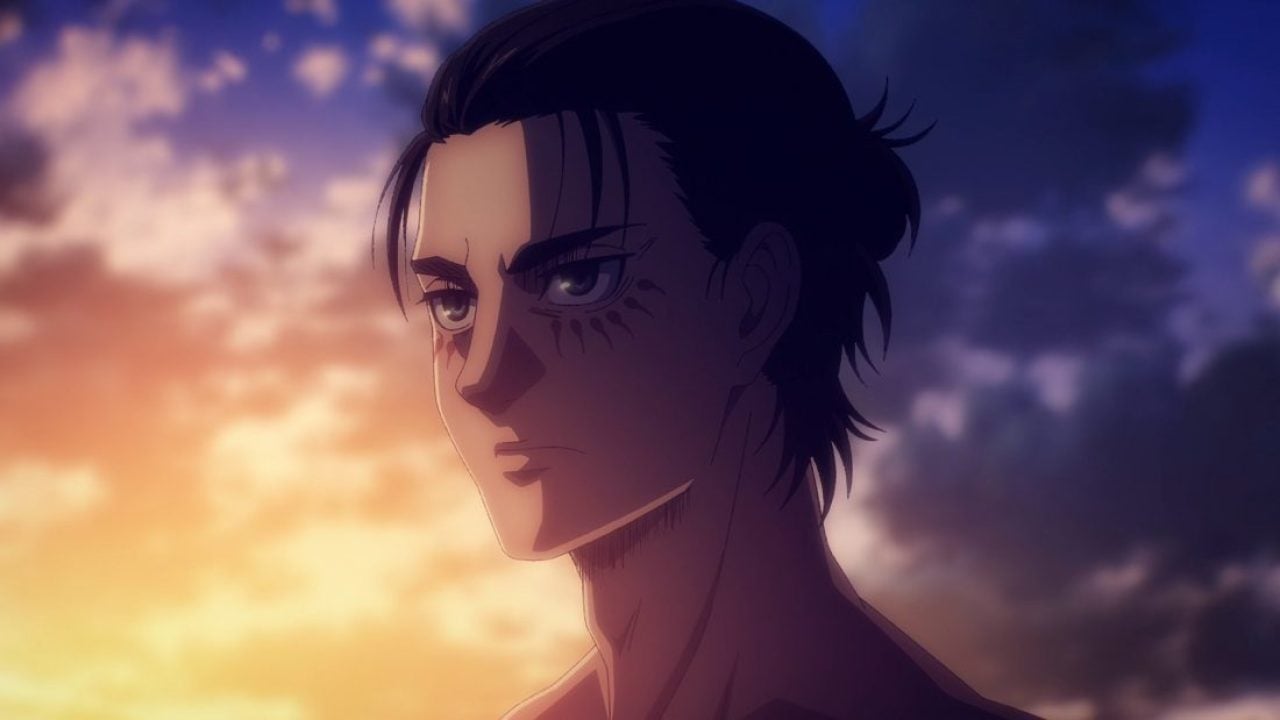 Holy cow. Well, here we are at the final inning of the game. Since a baseball is such a significant part of “Sole Salvation,” that seems like an appropriate place to be but, still… wow! There’s nothing to express at the top here other than utter shock at how Zeke went out. But, before we fully take that in to prepare for the Attack on Titan series finale, let’s backtrack a bit on how we got here.

After the horrific tragedy in Japan, Attack on Titan’s final season was delayed by a week, meaning we just got a double dose. Speaking of tragedies, good lord was it a lot to take in. This final season has really been about the pointless nature of even the most seemingly justified military conflicts, with almost every character now revealed to be manipulated by what they thought the truth was.

Sadder still, other characters have been revealed to have controlling factors in their very DNA that make them suspect to even themselves. Eren’s crushing dressing-down of Armin and Mikasa, his lifelong friends, is either the final nail in his coffin as a protagonist or his final manipulation. Revealing how her Ackerman genes drive Mikasa and how Armin is affected by having Bertholdt inside him, Eren didn’t just stick the knife in; he twisted it.

His subsequent beating of Armin is the worst of it. Reveling in Armin’s pain as he handily dispatched him would maybe be the cruelest deed imaginable were it not for him telling Mikasa that he’s always hated her. It’s so severe that it makes it almost impossible to believe this is the Eren we’ve come to know, the Eren who once risked his life for Mikasa and sacrificed himself to save Armin in Attack on Titan‘s first season.

Speaking of beatings, Floch is also coming across as heavily villainous as we reach the end of the series. Though many recruits and soldiers seem more than willing to join the Jaegerists in their Eldian coup, Floch’s demand that they beat Commander Shadis within an inch of his life to prove their loyalty to the cause was a vicious and cruel exercise. Pretty much the founding principle of how fascism is created, the Jaegerists have essentially embraced fascism themselves to fight it.

This conflict has always been a very European affair, with clear connections to the fascism of past Russian, German, and Italian regimes shown very implicitly throughout Attack on Titan. Now, in the end, we see the utter fallacy of fascism: a system where everyone, friend and foe alike, must live in fear of not being committed enough to the goals of the state head.

It’s a system that has touched upon and corrupted every single character we’ve met in the entire history of Attack on Titan, and it will be the seal that is left on the graves of those who die in the final episode next week. It will also mark those who survive, degrading their reason and inhibiting their logic with toxic, omnipotent control. After all of this, we still don’t know the full extent of the founder Ymir’s influence, only that she made a “deal” to pass on her Titan abilities.

Gabi, Eren’s mirror-twin, has gone to such lengths to prove her loyalty that she has found herself pushed down and punished double-time. Meanwhile, the almost completely innocent Falco has now been enlisted against his will in the war of yet another fascist. With his ability to literally transform and control those who have consumed his spinal fluid (willingly or not), Zeke can make his subjects do whatever he wants. It’s an effective if brutal, plan. But, then, effectively brutal ought to be a full summation of Zeke’s character now that we’ve seen his full arc.

That he began as a scared kid just trying to do his best for his overburdening parents shows how Grisha has damned both of his sons. Though he strived for freedom, to avenge his sister and free the Eldians, his sons have now vowed to “free the Eldians” by exterminating them. They call it the Euthanasia Plan, but what it really comes down to is a plot to either kill, imprison or render sterile the entirety of their people.

Of course, Zeke won’t live to see his dream to fruition. Having pulled the trigger on himself even as Levi had him in the ultimate bind, Zeke Jaeger has finally been committed to the dust and ruin of all those he had killed or caused to die. Though Levi did get the final executioner’s blow on him, just as he’d hoped, it came at an unforeseeable cost. With all of his friends dead and Levi himself perhaps finished by the very explosion he created, justice and vengeance have finally come but at a terrible price.

Now the only characters worth rooting for are those with any compunction whatsoever about what is right or wrong. With nearly every remaining character setting aside morality for their ideals, and others still at the beck and call of these beasts, Attack on Titan has left us a bitter pill to swallow as we head into its series finale. Whether Ksaver is watching or not, these last three episodes have blown us apart and we only have one remaining entry to put us back together again.