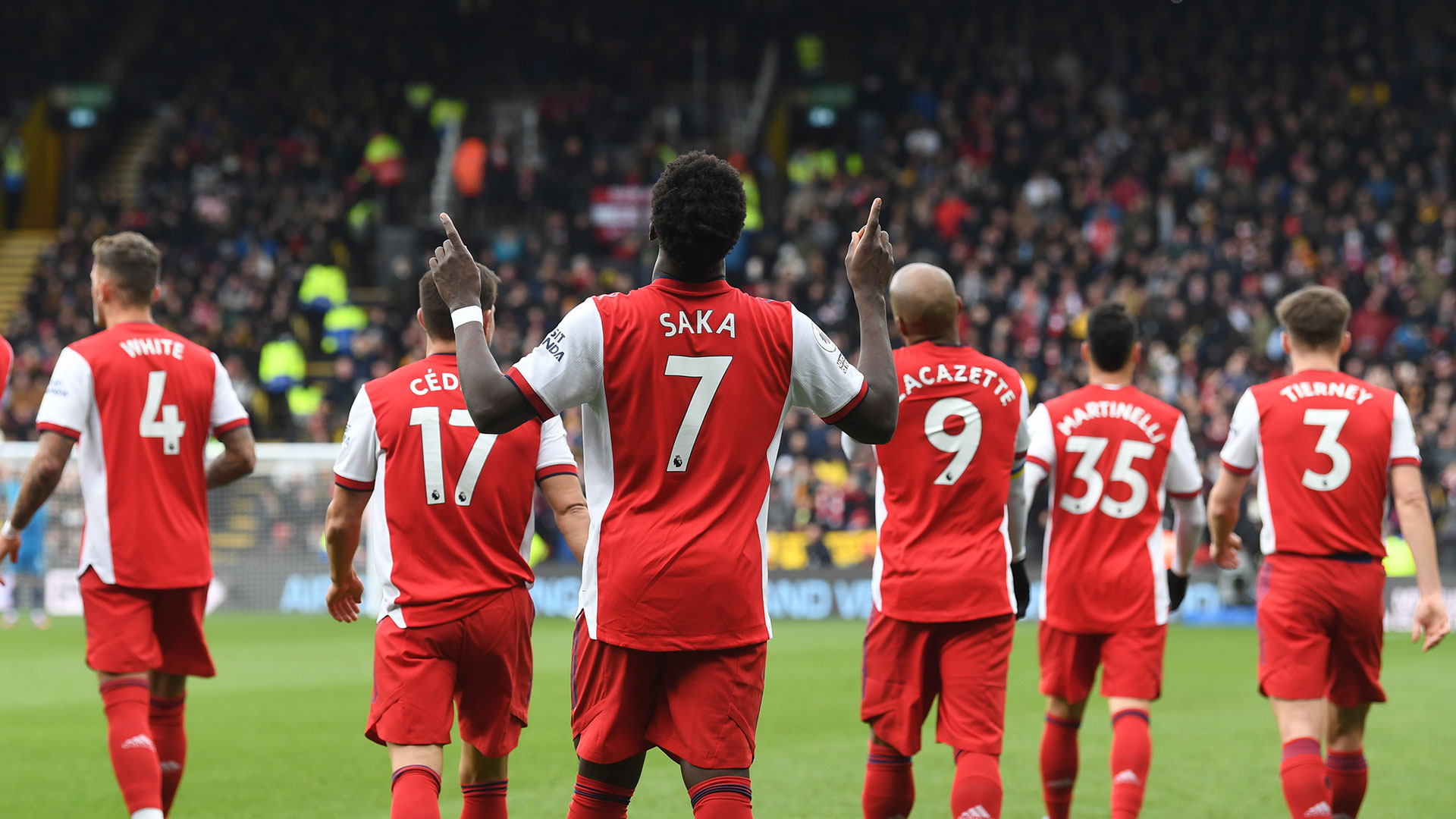 All or Nothing: Arsenal review

Sports pundits. Die-hard fans. Social media commentators. Supporters who rag on about their team at the pub. Who really knows what goes in a sports team’s dressing room, in the minds of players, or what the coach is thinking on days between games when their best player is injured or being difficult? The Amazon Studios docuseries All or Nothing, which saw the light of day for the first time in 2016, strives to give sports fans and documentary lovers as in-depth a look as possible into a club’s entire season. From the National Football League, Italy’s top soccer division Serie A, and the National Hockey League, to the English Premier League, All or Nothing has explored a lot in its brief history. Its latest season: the 2021-2022 Premier League campaign of the London-based Arsenal Football Club.

What is the Team?

The All or Nothing series is a significant endeavour from a filmmaking and documentary standpoint. Having permission from a big sports franchise to allow cameras into their training grounds and private dressing room before and after matches for an entire season cannot be easy to obtain. As such, one had best come prepared with a solid crew.

The main directors for the Arsenal season are Leo Fawkes and Tim Taggart. Both possess a wealth of experience in long-form visual documentation. Taggart was one of the minds behind the tv series The Undateables, which followed the lives of British people with disabilities surviving the world of dating. Fawkes produced and directed Critical Condition, which filmed the staff at Royal University Hospital in England, in particular the emergency cases. Both have demonstrated an ability to approach sensitive topics and people experiencing “heat of the moment” drama. Who better than them to tag along for a football club’s tumultuous season?

The subject matter is Arsenal Football Club. From its early days as a band of armament factory employees who founded a team in 1886, to its status in the 21st century as one of the wealthiest, most recognized franchises in the world, the organization has lived through everything. In recent years, other than some smaller domestic silverware, the club’s fortunes aren’t as bright as those of their English rivals (soccer’s leagues and championships are like night and day compared to North American sports. A highly successful franchise can literally win multiple trophies in a single season). For 2021-2022, winning the Premier League (finishing atop the table by the season’s end) doesn’t seem attainable. Finishing in the top 4 is the focus. That accomplishment grants a Premier League team entry to the following season’s pan-European Champions League competition.

The Manager and The Players

All or Nothing adopts a top-down approach. With so many people working for Arsenal, including the players themselves, Fawkes and Taggart require a focal point from which all other pertinent storylines can evolve through the editing process. In this case, manager Mikel Arteta is the personality viewers see the most. After all, if the team is going to have cohesion, the manager needs to shape it according to his vision. He’s a former player for the team, and in fact had played for them not that long ago, having only retired in 2016. At 39 years of age, he’s also relatively young for a manager.

In essence, the show usually starts its episodes with Arteta. It could be in his office, on the training ground, or in the team cafeteria. He relates some thoughts about the group’s recent performance either directly to the filmmakers (who remain off screen) or during a conversation with his assistants. If a specific player is mentioned, the show will cut to interview, training, and game time footage of the player concerned. From there the viewer gets to know more about who they are, what their personal and professional backgrounds are, and how their place in the squad has evolved during the campaign.

It’s a simple, straightforward approach when one thinks of it. Use the coach as the show’s backbone, which makes sense because he’s supposed to be the team’s backbone. Go from there to discover about the players themselves, as well as staff members. As Mikel Arteta says in one locker-room speech prior to an important match, it is neither the journey nor the destination that matters, but the people with whom one goes on it. What’s striking is how young several of the team’s most important members are. Most are under 25. Because of trades and injuries, 20 and 21-year-old lads are having to start important matches on the road on cold Monday nights. If anything, the series demonstrates how much of a reset phase Arsenal is in. Despite that reality, it remains a relatively big club that expects a degree of success.

The structure of All or Nothing also communicates the roller coaster ride everyone involved with a club like Arsenal goes on. Youth can only forgive so much, and with expectations as high are they are, the pressure is on. This Amazon series is a must-watch for people who don’t understand why professional players would complain about anything since they get handsomely paid to kick a ball around. The reality is that a lot is expected of them in return for their wages. Winning games, representing the club off the pitch, being honourable, and working together in cohesion when on the pitch.

Some players contract COVID-19, the star striker and manager stop talking to each other at one point (which leads to the player’s departure in the traditional January transfer window), a key defender cannot complete the season due to a knee injury late in the campaign, and some players try to remain positive despite spending most of the time on the bench. A reminder that these people didn’t decide to become footballers to get well paid, although that’s surely very nice. They’re there to play football.

The show is effective at laying out how both the very big stories and little details that seem innocuous will impact a season. Ironically, one of the series’ most dramatic sequences is when the aforementioned top striker must be dealt to another club. Documents must be signed before the deadline at a certain time on a given date. The pressure Arsenal’s directors and the legal team deal with are palpable.

All or Nothing is a very slickly packaged, stylishly edited show that invites fans to witness the highs and lows of an unpredictable season. No one knew how Arsenal would perform in 2021-2022. Not everything is divulged, but that is to be expected. However open the club was to have cameras record their season, only Arteta and former captain Aubameyang know exactly what they said to each other when things fell apart. Some players are barely seen or mentioned. Defender Takehiro Tomiyasu gets a single 10-second interview segment in the very last episode.

Any show that purports to capture a professional sports team’s highs and lows can accomplish only so much. There are too many players, too many staff members, and too many subplots, even for an 8-episode series. With tempered expectations, some may come away from All or Nothing pleasantly surprised. Better still, because the documentary focuses primarily on the people involved, even non-sports fans can find things to appreciate. Will people totally allergic to sports enjoy it? Unlikely. But anyone curious enough about what happens within the walls of a big organization where drama is sure to explode should like what All or Nothing has to offer.

The Best Game of Thrones Scenes Part 1: The Greatest Moments of Seasons 1-4

She-Hulk: Attorney at Law Episode 1 Fails to Make A Case For Itself