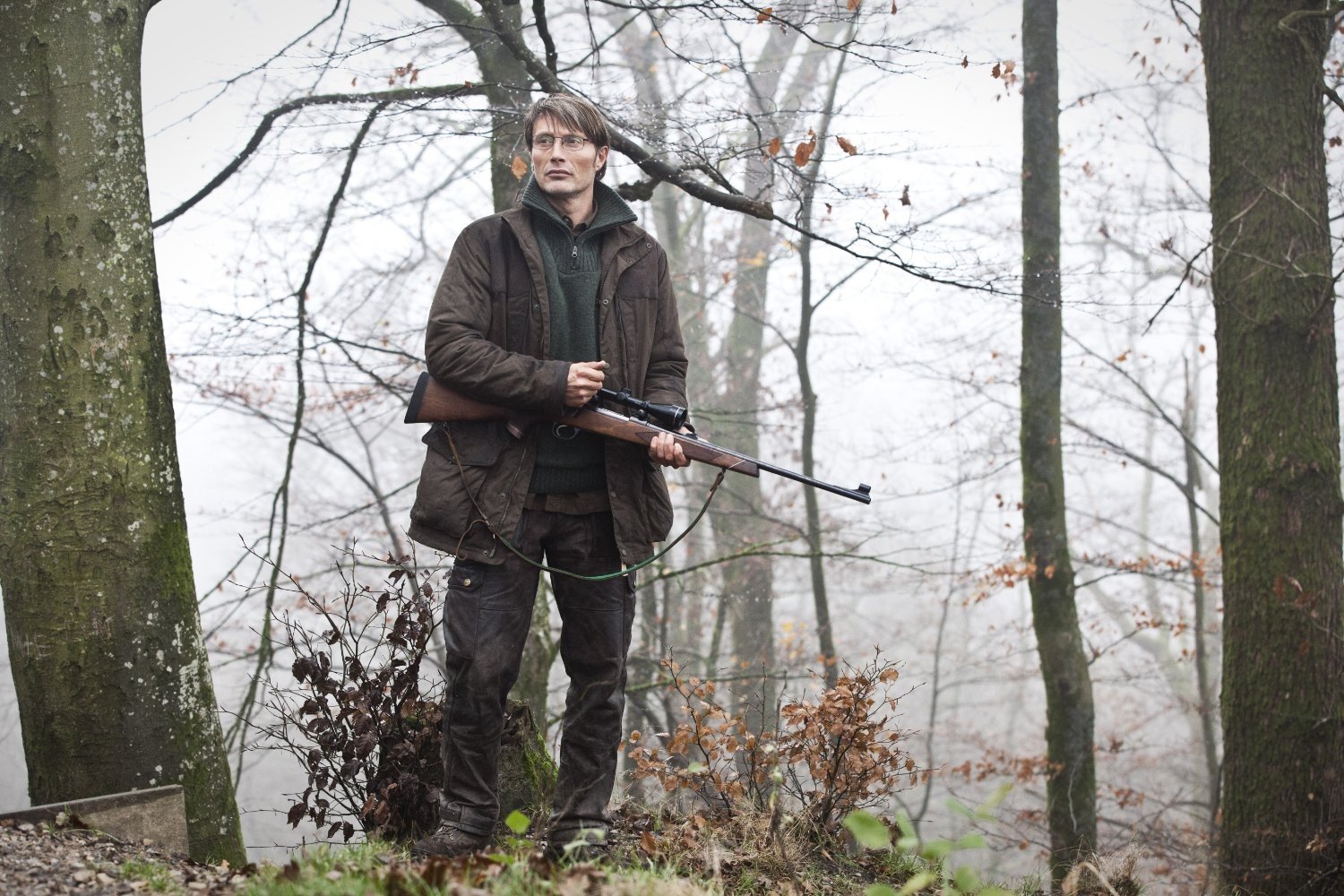 Although director Thomas Vinterbeg’s The Hunt redoubles on well-trodden material explicating the dangerousness of convicting without evidence or investigation, Danish actor Mads Mikkelsen (Flame and Citron, Casino Royale, Valhalla Rising) profoundly visualizes just how excruciating the character assassination of a good man displaced by society’s rush to judgment can be. The role of Lucas, a personable and caring kindergarten teacher gives Mikkelsen the opportunity to spin movingly from a relatively content, ordinary man minding his own business to a man who has had almost every conceivable thing worth living for stripped away. Existing in the absence of any kind of existential meaning behind this punishment, Mikkelsen’s Lucas fights nobly and with what little self-worth he can still muster to push back against the overwhelming tide of indiscriminate hate. It’s a harrowing emotional battle that leaves one with a strange sense of reverence for the beleaguered teacher, his integrity intact in spite of the world literally turning its back on him.

Mikkelsen at first conveys an almost serene sense of calm in knowing that nothing transpired between him and a little pupil named Klara that could remotely constitute sexual abuse. Gently jilted after kissing her teacher Lucas, Klara tells the head of the school Grethe (Susse Wold) that Lucas has done something to her. Horrified and at once behind the child’s words, Grethe immediately takes the investigation over Lucas’ head without giving him a chance to defend himself. The rumor is regarded as truth and gathers steam as the imaginations of parents and children run wild. As allegations give way to further unsubstantiated accusations and enraged retaliatory actions, everyone but his teenage son abandons him. The original allegation is never thoroughly investigated by the community or police. A madness over an inferred damage to the children’s innocence whips members of the town into a violent frenzy when they encounter him. His isolation is immediate and caustic. Mikkelsen’s face starts to contort with each passing blow. Tired tears gather with the mounting loneliness and nostrification. That his friends are so quick to turn on him without hearing out his side of the story or giving loyalty to him a second thought, unquestionably starts to gnaw at him when it’s clear that there won’t be anyone coming to his defense. We stay with Lucas as his life collapses around him seemingly without reason. The film is perhaps a bit too one-sided in having everyone so callously flee from him but in matters concerning the safety of children the public is quick to condemn, slow to exonerate.

The ominous score and deluge of hostility hold the viewer in a vice grip of disillusion. Affecting too is how the quietness of the movie is intermittently invaded by an incredibly authentic sense that real harm can be perpetrated against Lucas which no one would rush to stop. Dread for Lucas’ future pervades every scene. How can someone carry on when a black mark of suspicion will always be cast upon them? This indictment could happen to anyone and to a good person. The presumption that pure innocence couldn’t possibly produce such a lie is a terrifying thought. To protect children, we must be able to trust what they say. And if they lie on such a level, what does it say about how they were raised? The reactions of the adults paint the community as an ignorant mob whose close-mindedness is cemented by their lack of empathy and unwillingness to listen. They feel justified in their rage do everything in their modicum of power to belittle and degrade Lucas. Now that the allegation is out there, it can never be retracted. He is a man forever marked. This is not a storm this can be ridden out, it is to be weathered throughout a lifetime. He can only live for himself, his son and take solace that he knows he didn’t do anything. Mikkelsen is keenly adept at playing men who are ruthlessly violent but his warm-hearted Lucas, a man dismantled from the inside out – somehow remains relatable and strong even when irrevocably broken through no fault of his own.