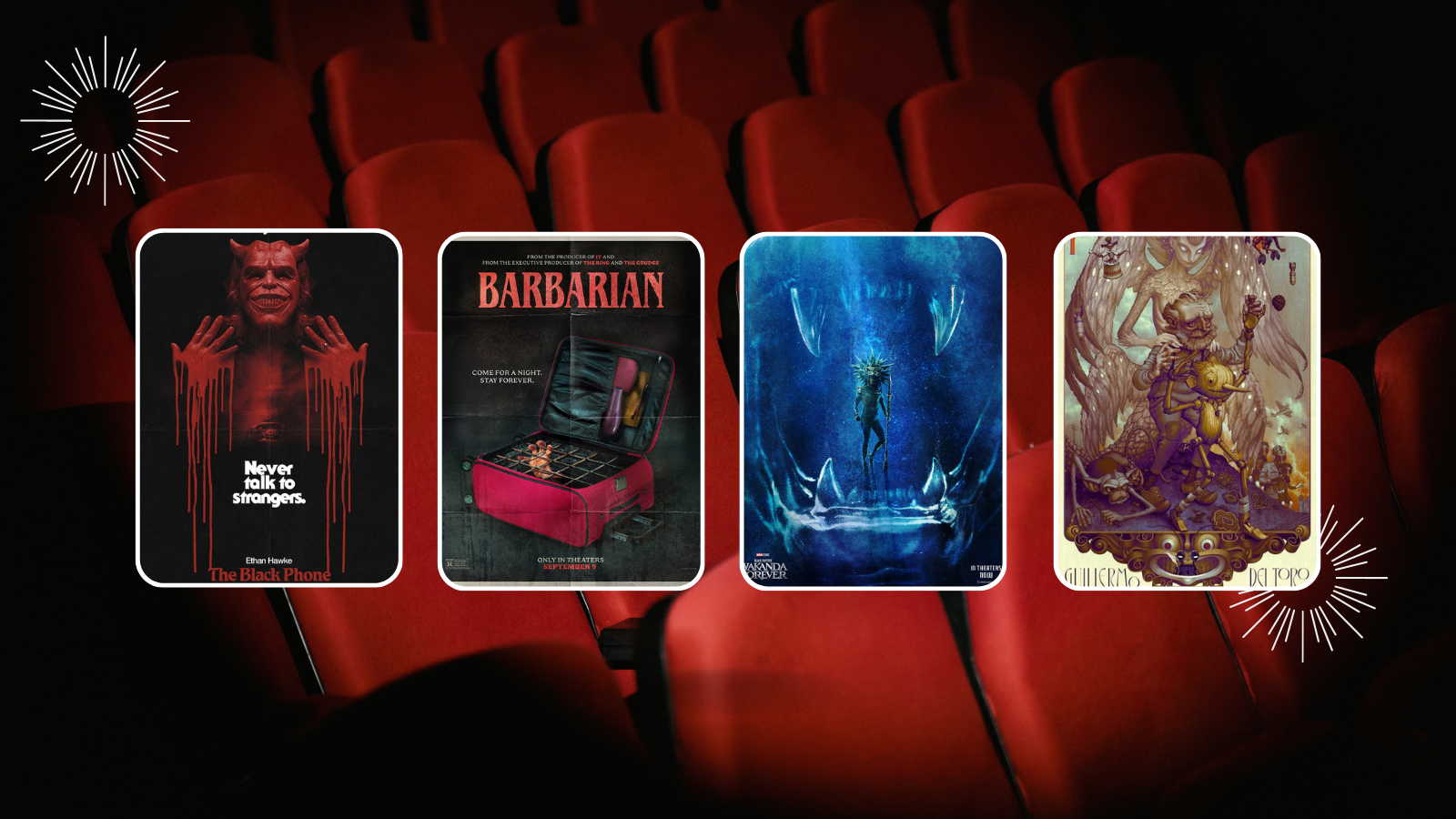 It feels easy and even, dare it we argue, lazy to claim that the movie poster is a dying art form in the service of publicity. Sifting through those utilized to market major releases, one does get a sense of déjà vu. Others may be plagued by the depressing notion that yes, a lot of big Hollywood releases feature theatrical one-sheets cut from the same cloth as that Spider-Man: Homecoming one. Take it from this former employee of the defunct graphic studio Intralink Film. Designers can have a rough go when forced to comply with a laundry list of rules steeped in legalities. Nevertheless, there are still some shining examples of colourful, unique, and clever art that tickles the imagination and makes one think “Nice poster. I’d like to see that movie.” In honour of that spirit, here are the best movie posters released in 2022.

Our ranking commences with a grouping of one-sheets that do a commendable job at communicating either an upcoming film’s vibe, tone, or major plot points. In some instances, they’re simply darned effective at announcing that “such or such” project is forthcoming to a theatre near you. Or one’s preferred streaming service. Whichever. Point is, while the following images may not necessarily be examples of artistic bravura the likes of which have never seen, they’re efficient at their order of business.

Time to kick things up a notch. We do away with the “good” and climb the hierarchy of quality. “Good” can always do better. How about we add “very” in front of it? These posters suggest that some extra thought went into their design. It could be the use of colour or an unexpected, subtle way of communicating an idea or a theme. A pretty poster is always pleasing to the eye, but one that carries with it a smidgeon of cleverness makes it even more memorable.

Cream of the Crop

Our ranking arrives at the crème de la crème. These are the posters that signal a marriage of all the key elements that, theoretically and in practice, make for an arresting piece of publicity. There is a tacit acknowledgement that a tremendously rendered bit of marketing art does not always equate to a spectacular piece of cinema. Sometimes the posters are much better at evoking what a film is and its themes than the movie itself. While that is a little bit embarrassing for the finished product, this isn’t an article about the movies referenced below but rather the posters that encouraged people to seek them out. Without further ado, here are the best movie posters released in 2022.

Wall Street Got the 1980s Like Few Other Movies