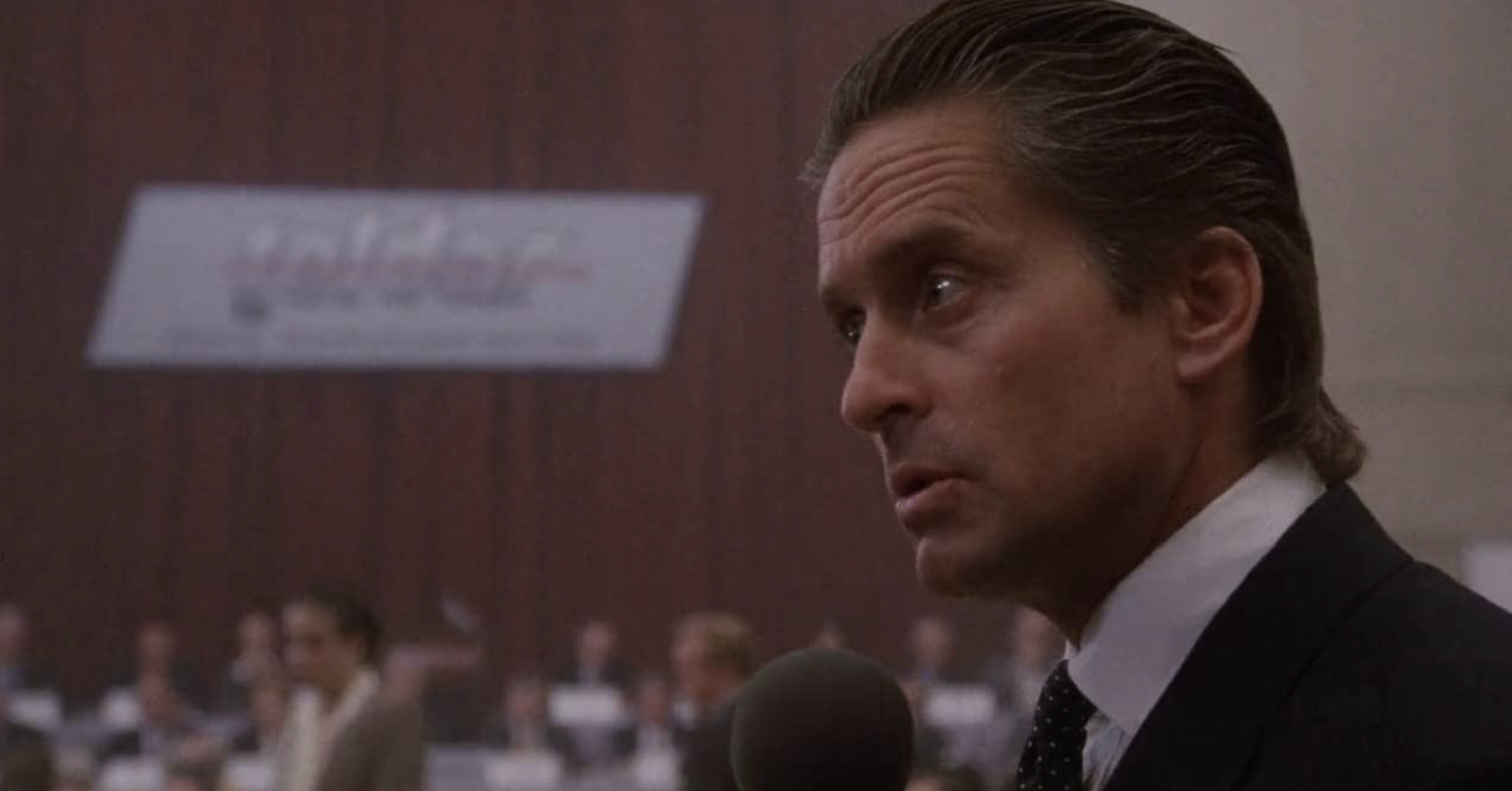 Like a lot of movies in the 1980s, including its fellow 1987 release Robocop, Oliver Stone’s Wall Street is a movie very different in its intentions than how it was taken by the bulk of the people who saw it.

Wall Street, as directed by leftist firebrand Stone, was very clearly conceived as a critique of capitalism itself, and especially the Reagan-era, corporate-raiding version of it.

Yet Wall Street is loved by people in that industry, and many, many people in 1987 took the wrong lesson from it: Namely, that they thought it made the world of stock trading and high finance look exciting. This was also the case with Martin Scorsese’s The Wolf of Wall Street and just about every movie about the Mafia, but it’s a phenomenon truer to Stone’s film than just about anything else.

In other words, Gordon Gekko’s famous “greed is good” speech was written to comment on the innate soullessness of the corporate-raiding class. But many people who saw the film in 1987 saw it and decided that Gekko had a good point- and even that they wanted to be like Gordon Gekko themselves.

The film’s protagonist is Bud Fox, a relatively junior stockbroker at a Wall Street firm who wishes to worm his way into the good graces of famed corporate raider Gordon Gekko (Michael Douglas), an amalgamation of Carl Icahn, Ivan Boesky, Michael Milken, and others. He succeeds at this, falling under Gekko’s tutelage while getting fabulously rich through frequent and shameless insider trading. He’s even “gifted” a girlfriend (Darryl Hannah), who is also Gekko’s sometime mistress.

Eventually, Bud tries to arrange a deal to rescue Blue Star Airlines, of which his working-class dad (Martin Sheen) is the union rep (and the clear moral center of the film, along with Hal Holbrook’s wizened old stockbroker). But after Gekko double-crosses him, Bud sees the error of his ways but ends up in jail regardless.

“You’ve got to get to the big time first, then you can be a pillar and do good things,” Bud says at one point. He invented effective altruism, decades before Sam Bankman-Fried.

The film’s screenplay, written by Stone and Stanley Weiser, is one of the best of the 1980s. Stone may have contempt for this world, but he’s very much attuned to it. And the movie moves at a thundering pace.

Douglas delivered the performance of his career, winning a Best Actor Oscar for it. Sheen was also outstanding during his initial movie star run before his demons began to overtake him.  Wall Street was not nominated for Best Picture, although with Broadcast News, The Last Emperor, Fatal Attraction, and Moonstruck, 1987 was a pretty strong year.

Wall Street came out during the middle of Stone’s run as the most important director working. It was his first film after his Oscar-winning Platoon, and came before his run of Talk Radio, Born on the Fourth of July, The Doors, and JFK.

The film’s reputation has held up well over time, and it’s very much a definitive look at the era in which it’s set. This was not true of Wall Street: Money Never Sleeps, the Stone-directed 2010 sequel that arrived 23 years later and tried to apply a similar lens to the 2008 financial crisis. It wasn’t quite bad, but it also had nothing new to say about its ostensible subject.