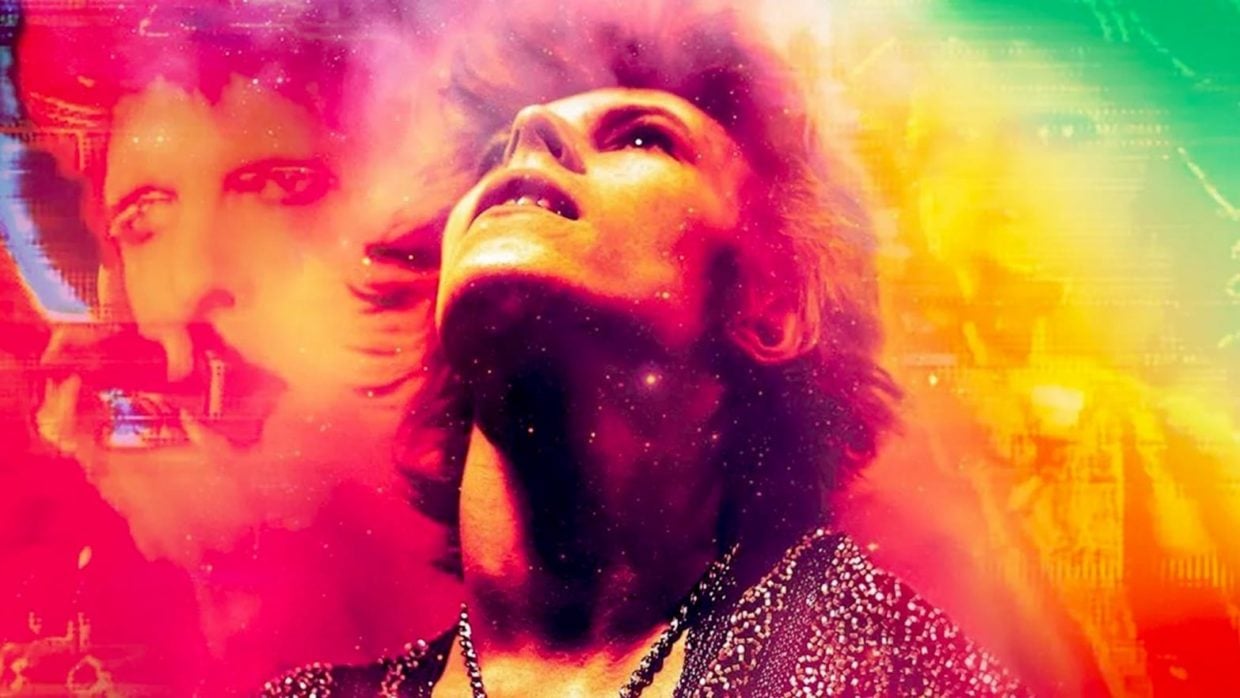 This summer, I was able to see Elton John, in concert during the fourth year of his five-year farewell tour. As Elton sat at the piano and belted out the hits to a rapt baseball stadium full of fans, an eclectic series of images were shown on the screens behind him: A combination of strange, abstract footage, highlights of the star’s most outlandish costumes in the past, and a reel of past appearances in movies and tv shows.

A new documentary that’s being pitched as the definitive examination of one of John’s 1970s rock contemporaries, it turns out, has a surprisingly similar aesthetic to that concert presentation.

The rock star is David Bowie, and the film is Moonage Daydream, directed by Brett Morgen, a documentarian known for doing amazing things with large amounts of archival footage, in films about such disparate topics as Jane Goodall, Kurt Cobain, Robert Evans, and the day of the O.J. Simpson chase.

Five years in the making, produced with the full cooperation of Bowie’s estate, and featuring decades of sometimes never-before-seen footage, Moonage Daydream debuted at Cannes in the spring, showed at the Toronto International Film Festival on the Ontario Cinesphere’s massive IMAX screen, and is set for release September 16.

The film is a clear labor of love and has the feel of a magnum opus on the part of its director, or at least an attempted one. It looks amazing  —  with great uses of color — and sounds even better. And anyone who was any kind of Bowie fan should certainly see it.

Yet when it should be great, it’s merely good.

Moonage Daydream, which runs for two hours and 20 minutes, is a very far thing from a traditional music documentary. It features Bowie’s concert footage for several full songs, as well as numerous interviews he gave throughout his life. There are also lots of weird images and art, most of it of an abstract nature. Morgen said at TIFF that the footage, especially the talk show interview, came from all over, including many-times-copied VHS tapes; that somehow got blown up to IMAX size through the magic of color correction.

The film seems to make a half-hearted attempt at a chronological rendering of Bowie’s life while leaving a lot out, but that’s merely a minor quibble. I’m more bothered by something else: Way too much of it is taken by that abstract nonsense. And even worse, we don’t get a particularly good sense of who David Bowie was, or which of the many personas he took on over the course of his life was closest to the real thing. I’m not sure I have Bowie any more figured out now than I did before I saw the film.

Sure, part of that is the man himself, who was inscrutable, often peppered his interviews with everything from cryptic hints to stuff that was outright untrue. But the drawback is, that the film doesn’t have any type of overarching thesis about Bowie, his work, or who he was as a person.

Moonage Daydream isn’t the best documentary made in this particular style; I prefer Todd Haynes’ remarkable, eponymous doc from last year, The Velvet Underground. When it comes to using Bowie’s music in movies, I still don’t think anyone has topped Wes Anderson’s The Life Aquatic With Steve Zissou, which had Seu Jorge singing Bowie songs in Portuguese and ended with that unforgettable cue of “Queen Bitch.” It’s not even the best archival music doc at TIFF; that would be Sacha Jenkins’ Louis Armstrong’s Black and Blues.

That said, there’s a lot of really fantastic stuff here. And of the many people who believe that nontraditional gender performance was something invented in the last five years or so,  they might want to check out this film and get clued in on how Bowie spent the entirety of the 1970s.

Empire of Light isn’t as Good as it Looks