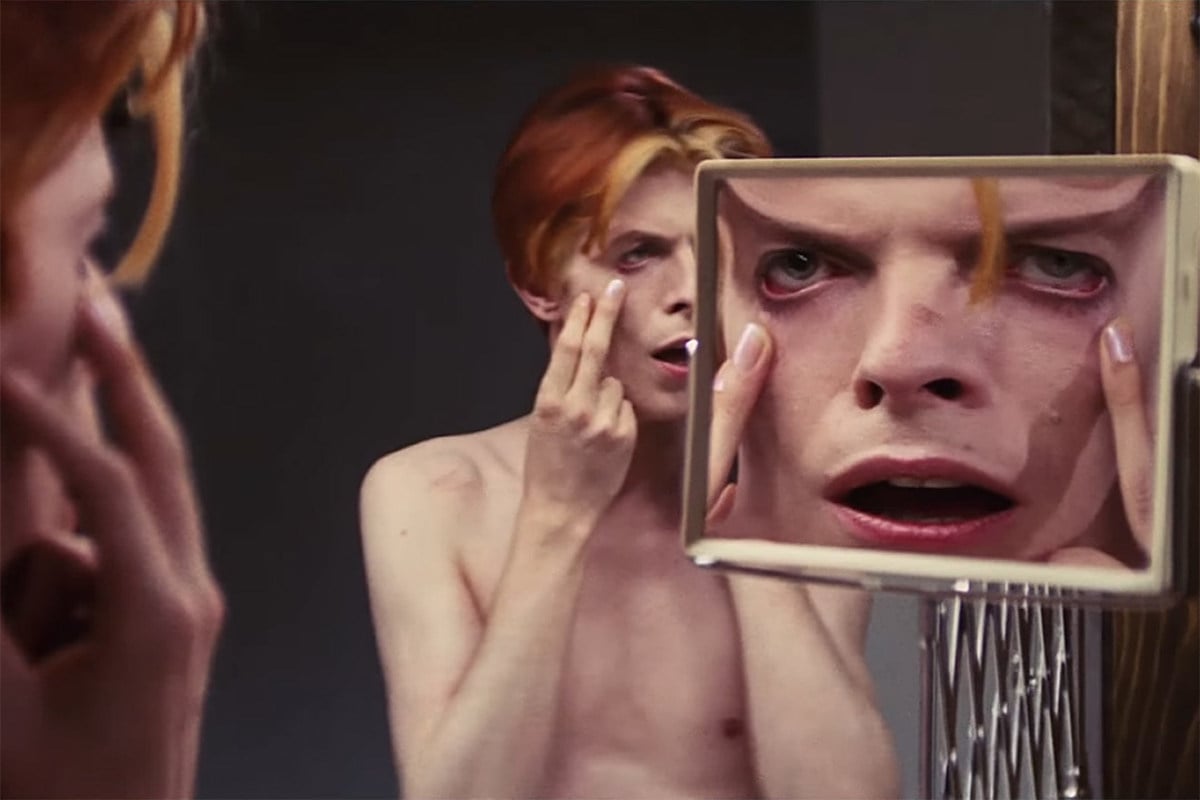 David Bowie in the Movies

David Bowie’s death came as a shock to many. I had awoken during a night of restless sleep and decided to put on Bowie’s newest album as I tried to fall back asleep. Before I had drifted off again there was an alert on my phone, a rarity that late at night. It was difficult to believe that David Bowie could be dead, so soon after releasing a new album, but the announcement of his death felt even stranger, coming at the moment of my personal connection with his music. There will be no more music from Bowie, but his connection to the arts extends beyond his music. In fact, beyond being a trailblazing musician, Bowie was also an accomplished actor. That part of his oeuvre was understandably subservient to his music but was nonetheless underrecognized.

Part of what made Bowie’s acting so captivating was that he never fully disappeared into a role, despite his best efforts. Although he was famous for all of the musical characters he created throughout his career, each one was really just a facet of his own persona; we were always watching David Bowie on stage, whether it was Ziggy Stardust or the Thin White Duke. On film, the audience is always aware that they are watching him, rather than his character. This phenomenon used to be more common in the golden age of Hollywood, where audiences came to see Carey Grant or Jimmy Stewart, rather than to see a character in a film. Bowie’s inability to be subsumed, harkened back to that classic period. It was a failure that audiences delight in.

Another aspect of Bowie’s screen persona that made him intriguing is how much his roles attempted to negate his stage persona. Bowie the musician was wild and energetic, aggressive but still inviting. In contrast, Bowie was much more introverted in his private life, the moments when he stopped performing. Many of Bowie’s film roles are introverted and mysterious, closer to his private persona than his public face. The ennui of The Man Who Fell to Earth (1976), or the closely-guarded secrets of Merry Christmas Mr. Lawrence (1983) are counterintuitively thrilling because they give us a glimpse of Bowie as we were never really privileged to experience.

Because so much of Bowie’s screen appeal was based on his very existence, he excelled at small roles in films. His appearances could be impactful even with only a few minutes on screen. I’ve singled out some of David Bowie’s best film performances below. There are some notable omissions: a few films from the ‘80s that I haven’t had the pleasure of seeing, as well as Labyrinth (1986), a film beloved by many Bowie fans, but not one I consider particularly successful.

After a series of leading roles in the late 1970s and 1980s, Bowie’s skill as an actor had been established. Those films gave Martin Scorsese the courage to cast Bowie as Pontius Pilate in The Last Temptation of Christ (1988). The film is one of the best depictions of the life of Jesus, even though it dares to stray from traditional Christian orthodoxy. Willem Defoe’s Jesus is a dynamic figure who embodies the radical spirit absent in so many biblical adaptations, but he seems overly dramatic compared to Bowie in their single scene. Bowie imbues his Pilate with an unusual sense of nobility as he castigates religious extremists; it would be the speech of a wise man, if only he wasn’t saying it to the man who is supposed to be a messiah. Bowie also effortlessly shows the weariness of a man tired of bureaucratic obligations. The Last Temptation of Christ depicted Pontius Pilate in a way without precedent in biblical films; Bowie seems like the only logical choice to confound those expectations. Later, he would play inventor Nikola Tesla in Christopher Nolan’s The Prestige (2006). Bowie imbues Tesla with an unexplained sadness, perhaps due to his lack of success in spite of his apparent genius. Nolan said that he wanted someone unfamiliar, but with great charisma for the part. Bowie’s small role is alluring and one of the most arresting parts of the film.

Although Bowie’s success as an actor was based on his remarkable reserve, he occasionally allowed more manic energy to seep through. In Twin Peaks: Fire Walk With Me (1992), Bowie played Agent Phillip Jeffries, who had mysteriously disappeared while investigating some of the more supernatural characters that had filled the edges of the Twin Peaks television series. Bowie flirts with madness in the scene, and his wide-eyed zaniness has precedent in some of his most experimental musical performances. In Basquiat (1996), Bowie would play his former idol, Andy Warhol. Warhol animated much of Bowie’s early music and styles, and his performance is appropriately loving. His Warhol is scatterbrained and comical, but ultimately humane. Bowie often played darker characters, but he seems to have delighted in playing a figure he had such affection and respect for.

Playing Andy Warhol would lead to more comic parts as himself. In Zoolander (2001), Bowie judges a runway competition between Ben Stiller and Owen Wilson. In Extras (2006), Bowie is devastatingly funny when he interrupts his conversation with Ricky Gervais’s character to spontaneously compose a song about how pathetic Gervais is. By the end of the scene everyone in the room is singing along with Bowie about the chubby little loser. Cameos where actors play themselves are always about showing off just how cool that person is in real life. Bowie’s cameos are so effective because there’s no one cooler.

The best film Bowie ever starred in, The Man Who Fell to Earth, is a portrait of an alien amongst us. Having taken on a human disguise, Thomas Jerome Newton proceeds to amass a fortune from patents based on his civilization’s advanced technology. That civilization is also dying of drought on his home planet. Newton’s plans to find some way to bring Earth’s water to his own planet are stymied, both by the suspicions of his fellow humans and by his own malaise brought on by the narcotic effects of television and endless entertainment. No person other than David Bowie could have played the part. Having built a stage presence around being an alien, Bowie was intimately familiar with the sense of living a separate life. Bowie was also strung out on cocaine during the making of the film, so Newton’s dazed behavior came quite naturally. Bowie was adrift in America and would soon depart for Switzerland, then Berlin in an attempt to ease off the drugs and restart his life. The trio of albums he would make after that move, Low (1977), Heroes (1977), and Lodger (1979) all sound like they could have scored the film, and Bowie even offered selections from Low to director Nicholas Roeg. Roeg chose not to use Bowie’s music for the film, perhaps a dubious choice.

Bowie’s other great lead performance came in 1983 in Nagisa Oshima’s Merry Christmas Mr. Lawrence. Bowie played Jack Celliers, a British soldier imprisoned in a Japanese POW camp during WWII. Celliers is tormented with guilt over a childhood incident, and Bowie elegantly captures that obsession. Celliers becomes the homoerotic obsession of Captain Yonoi (played by musician and composer Ryuichi Sakamoto), and in order to hide his uncertain affections, Yonoi cruelly punishes Celliers. Bowie plays Celliers with a Christ-like detachment at times; he gives the impression that he’s only visiting the camp temporarily to achieve some grand goal. Mostly free of the drugs that had animated his ‘70s performances, Bowie gives his most technically accomplished performance.

David Bowie’s career as an actor was relatively short-lived but full of rewarding surprises. It shouldn’t be surprising that Bowie was so successful as an actor. His whole life was a performance, so it seemed completely natural when he was called on to perform. Even when it was obvious that David Bowie was playing a character, it almost seemed like we might be seeing the real man inside.

Editor’s note: This article was originally published on January 14, 2016.

David Bowie in Movies: A God On Film