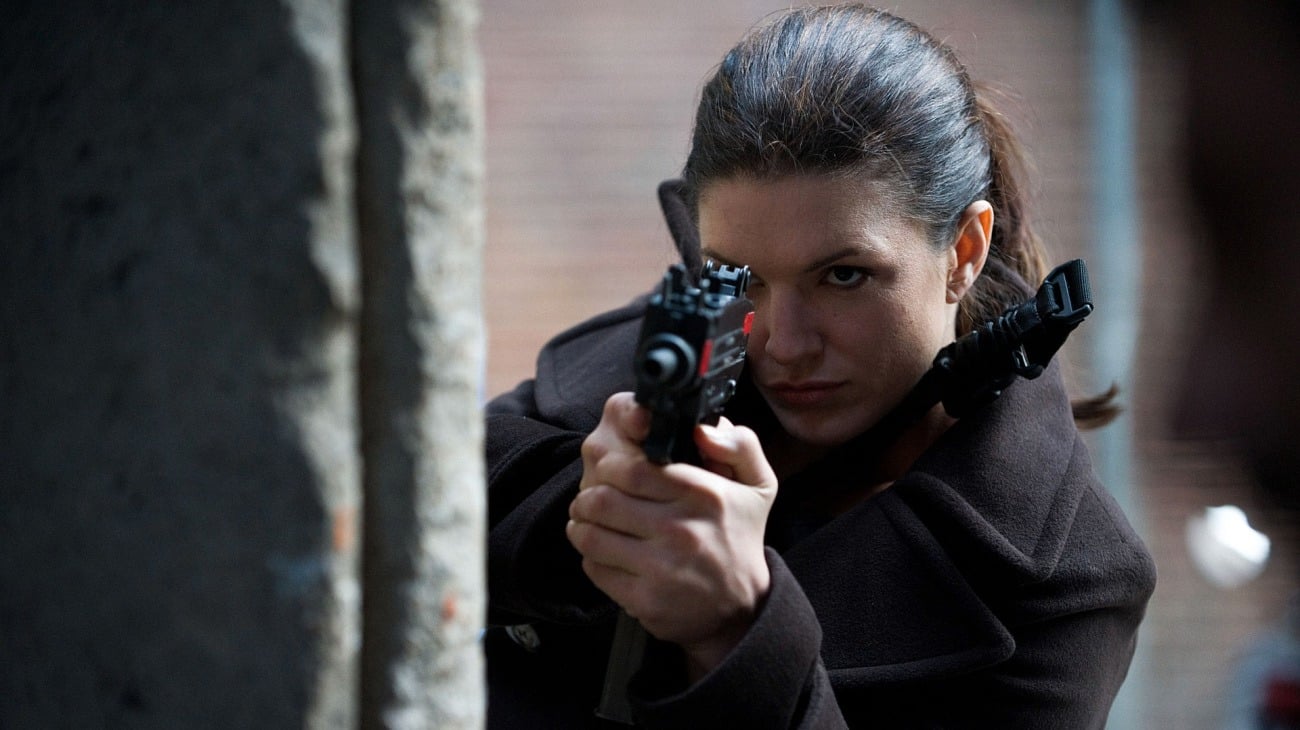 With the exception of his oft-maligned Ocean’s trilogy, perpetually-retiring journeyman Steven Soderbergh is rarely content to experiment in only one dimension, which makes his 2012 foray into genre fare, Haywire, a left turn of sorts. Besides the casting of a previously unknown quantity – comely MMA star Gina Carano – and a few aesthetic diversions, Haywire is one of his most straightforward movies ever, so singularly concerned as it is with showcasing its star’s fighting acumen (and not much else).

As with his considerably knottier Contagion, Soderbergh ropes in the sort of cast only he seems to have the pull and the Rolodex for. Carano toplines as Mallory Kane, a private special-ops team member with a reputation for exceptional badassery. As the film opens, she’s on the run, with former paramour/co-worker and current alcoholic Aaron (Channing Tatum) in bumbling pursuit. Betrayed by her employers (particularly handler Kenneth, played under a thin layer of slime by Ewan MacGregor), Kane continues to go rogue, accompanied by an overwhelmed civilian (Michael Angarano), to whom she unspools the details of her professional exile. Also floating in the ether: the now-ubiquitous Michael Fassbender, Michael Douglas, Antonio Banderas, Mathieu Kassovitz, and a well-cast Bill Paxton as Mallory’s ex-military father, who exhibits the appropriate balance of fatherly concern and strategic acumen.

Reteaming with screenwriter Lem Dobbs, with whom he had a difficult collaboration on The Limey, Soderbergh doesn’t attempt to mimic that film’s blend of genre-playbook action beats and psychological portraiture. (Relying on the screen-green Carano for the same depth of performance as Terence Stamp would, of course, have been a mistake.) Instead, Haywire is strictly about the former, albeit delivered with Soderbergh’s typically dynamic sense of visual and aural variety. An early chase scene is seen exclusively through a monochrome filter and sticks strictly to David Holmes’s 80’s-hued score, for instance. It’s difficult to shake, though, that these aesthetic tics, along with the script’s elaborately jumbled chronology, serve to distract from the fact that Mallory’s plight isn’t particularly convoluted.

Thankfully, the action element of Haywire mostly delivers, thanks in part to Carano’s peculiar blend of soft, even approachable, appearance, and her almost-mythical (in the world of the film) strength and dexterity. The fights are un-fussy, believable, and brutal without being overly stylized. The film also makes great use of her scenes with Angarano, whose perpetual look of disbelief allows for some very effective moments of levity. As for the actual fights, some work better than others; a hotel-room tousle with Fassbender is particularly memorable (and has, thanks to its sexual undertones, the added bonus of acting as a sort of wet-death-dream for his Shame character), and a Dublin foray into parkour is also a standout. The climactic standoff with the author of her troubles fizzles, though, in a manner more suited to one of Soderbergh’s artier outings. (It doesn’t help that, even at only 93 minutes, the last reels drag.)

As enjoyable as most of the action beats are, it’s difficult to shake the feeling that Soderbergh has essentially roped an A-list cast into what amounts to a DTV thriller, albeit a particularly witty one with a very mild experimental streak. If that doesn’t sound appealing, check back with him in six months; semi-retired, retired, or whatever his status is, it’s to his credit that he rarely keeps still for long.

Haywire and the Difficulty of Being a Female Action Hero