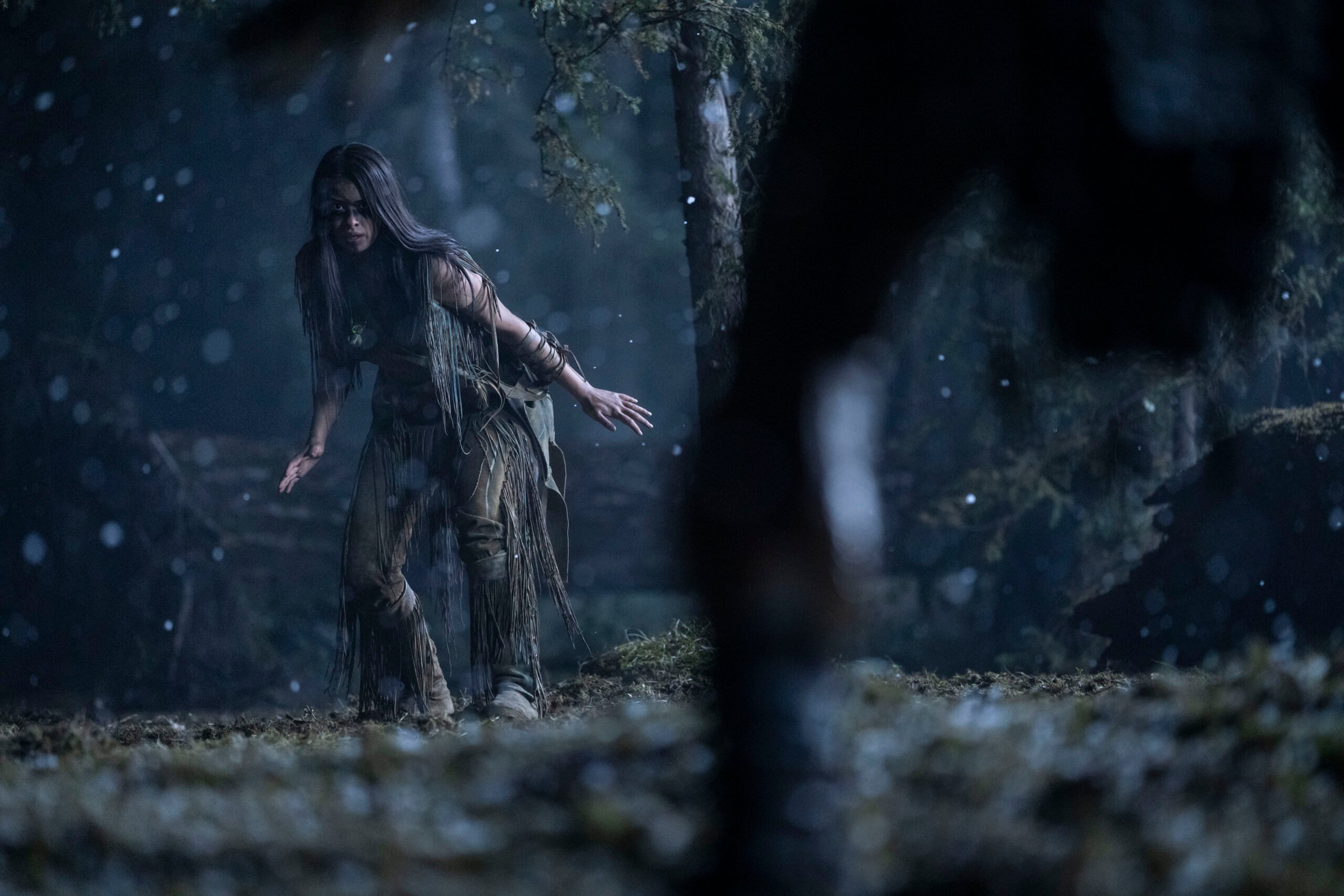 Going back to basics and presenting a thrilling skirmish between two hunters out to prove their mettle, Dan Trachtenberg’s Prey takes the original 1987 Predator’s simple premise and marries character with action in a way that many of its sequels have struggled to realize. Sleekly presented into a nice package, Trachtenberg’s latest breathes new life into a franchise that has gone through many ups and downs. Gone are the commandos who find themselves hunted for sport – Prey sees what happens when the hunt for sport interrupts the hunt for survival.

Prey focuses on Naru (Amber Midthunder), a skilled tracker and warrior who wants to become the best hunter, as she attempts to find the animal that threatens her camp. Set 300 years ago in the Comanche Nation, Prey acts as an origin point for the Predator – a technologically-advanced alien species that hunts for sport – and wastes no time embedding it within a world still centuries behind in advanced weaponry and technology. Instead, characters rely on bows and arrows, hatchets, and other makeshift weapons to hunt down their prey and put an end to the beast stalking them.

Patrick Aison’s screenplay finds itself less interested in the tools at Naru and the Predator’s disposal, and more compelled by how the two characters differ. Evident by the film’s structure playing out as two separate perspectives – one centered around Naru and the other around the Predator – where by the time their characters meet, they are not equals because they fight for different reasons. As Naru’s tribe becomes threatened by what stalks them in the woods, the film continues playing with the differences (and lack thereof) between man and beast.

Prey’s screenplay also puts in the effort of portraying the Comanche nation with accuracy and attention to detail. With a cast consisting primarily of Native American and First Nations actors and the ability to watch the film in the Comanche language, Prey takes the extra steps to give it that historical touch to an otherwise out-of-this-world thrill ride. There’s something grounded to Trachtenberg’s vision of the Predator that somewhat removes the idea that the Predator is an alien species and cements it more as an apex predator of unknown origin forcing itself into unknown territory just for the thrill of it.

Where the screenplay makes some weird decisions is in its insistence on having two parallel perspectives going in tandem. The Predator is not a mystery to the audience and is instead openly shown as a threat to the Comanche tribe Naru is trying to hunt. Her concerns go unheeded by fellow hunters (all of which are men) and she finds herself the lone voice of reason against a sea of tradition and expectation. A hunter from the sky circling their camp is the stuff of make-believe, not reality. To the audience and Naru though, it’s reality and clear-as-day, but the film takes a bit too much time giving credence to naysayers that it becomes slightly frustrating.

It also robs the film of the mystery that Trachtenberg is actually really effective at conveying, as seen with 10 Cloverfield Lane. He’s capable of hiding narrative and building character at the same time, but in the case of Prey, it’s all pretty much put on display while being routinely ignored by characters. It ultimately feels like the Predator’s inclusion early on is more to show some brutality without having to jump right into a cat-and-mouse game that audiences familiar with the franchise will already expect. Which works to the benefit of Naru’s character, but lessens the impact when seeing The Predator fully step into the hunter role.

Even with that impact lessened, Prey is at its best when it becomes the Predator movie everyone expects. The action is incredibly well choreographed, with each moment of brutality feeling more like an accent mark on the violence than the main showcase. Instead, it’s watching two hunters, each with the intent of honing their craft, tearing through their environment, and attempting to best one another. Prey telegraphs a lot of its action smartly, incorporating tiny details and expanding upon them in later situations.

All of the action and how it develops befits the narrative focused on Naru. As a character who always feels like she has to prove herself even when she’s quite clearly capable, Naru’s constant evolution throughout the film is due in large part to having to adapt to a new form of prey. It’s a natural way to have the character grow without many other ways to show that progression. It also lends itself to set pieces that are always toeing the line between creative and effective. Midthunder’s strong performance as Naru helps solidify the intensity of every skirmish and accentuates the survivalist perspective in the face of a seemingly unstoppable force.

While there’s not a Predator movie I’d single out as particularly bad, the argument can easily be made that Prey is the first time since the original that it has felt this lean. Where the wonder of an advanced-being hellbent on killing just for sport is missing, the intensity of it is not forgotten. Even with a healthy usage of CG, Prey still feels appropriately violent especially when it lets its antagonist run rampant. In combination with a sincere approach to its setting and characters, Trachtenberg frequently lets the film remind audiences of its origins while still putting a fresh coat of crimson paint on a classic formula.

Easter Sunday is a Tired but Charming Family Comedy

Luck Just Doesn’t Have That Magic