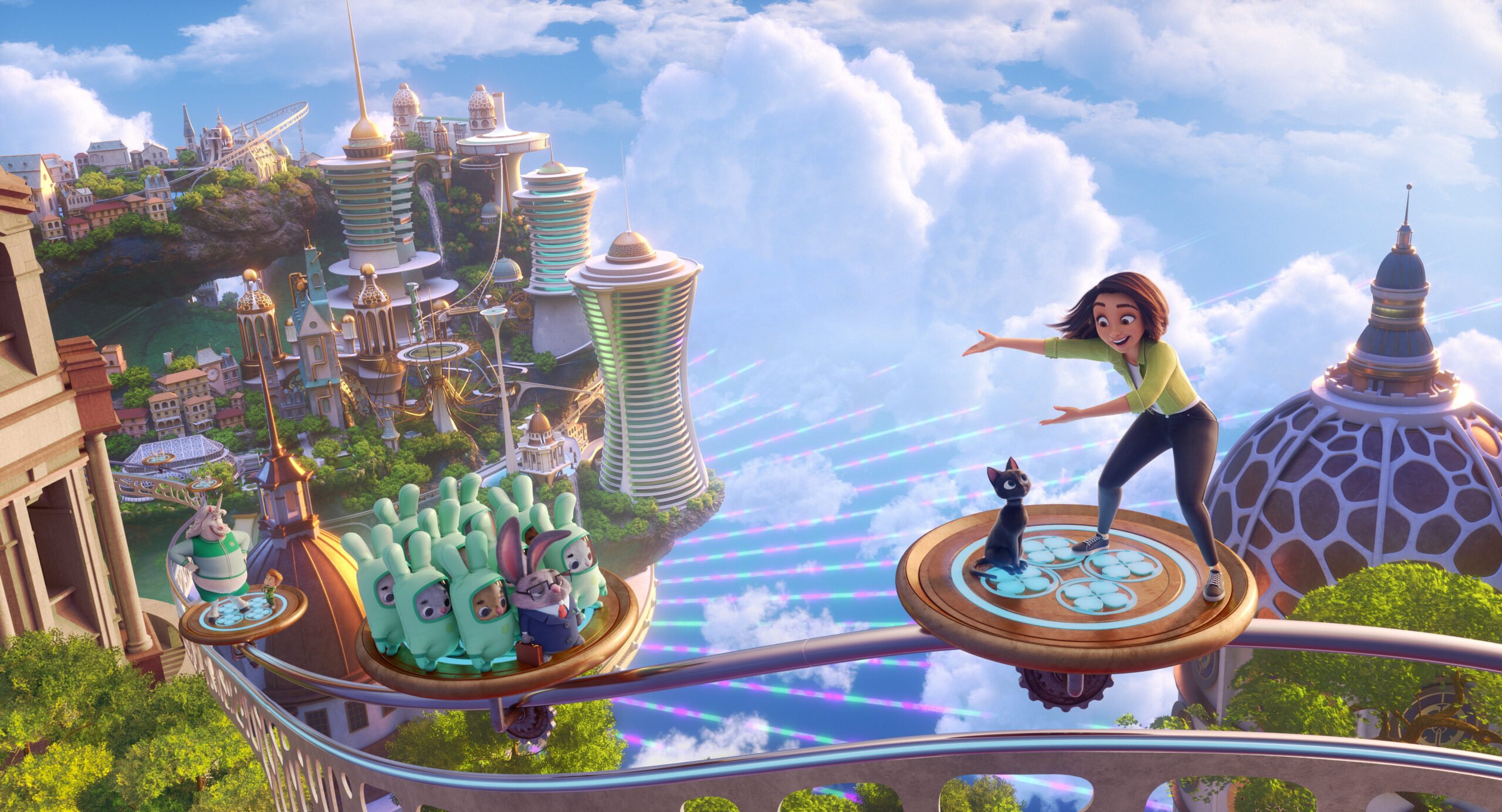 The announcement a couple of years ago of an animation partnership among Apple, Skydance Animation, and longtime Pixar hand John Lasseter has been closely watched by animation buffs.

Even beyond the significant shared DNA between Apple and Pixar — Steve Jobs, after all, was a founder of both — the combination of the deep pockets of Apple and Skydance and the proven hit-making acumen of Lasseter had the potential to create a serious animation colossus and possible challenger to Disney and Pixar. Apple TV+ already got one Best Animated Feature Oscar nomination in 2021, for Cartoon Saloon’s Wolfwalkers, and the deal opened the tantalizing possibility of an annual fight between Apple and Disney/Pixar for that award.

Now, the first film of that partnership, Luck, has arrived on Apple TV+ and it certainly looks, feels, and sounds like a Pixar movie. The film is even debuting on a streaming service, which most recent Pixar movies have done. But something is missing, mostly the storytelling touch shown in most of the best of Pixar’s work.

Luck is the story of Sam (Eva Noblezada, also a co-star of this week’s Easter Sunday), a teenage girl who’s always been exceptionally unlucky, both in the micro (things falling on her all the time) and the macro (she’s a lifelong orphan who has never been adopted.)

Through her meeting with a Scottish black cat (Simon Pegg, with a Scottish accent), Sam ends up in a special land where luck is determined and apportioned (no, despite the presence of various leprechaun characters, it’s not Ireland.) Jane Fonda voices a dragon, Whoopi Goldberg “The Captain,” and Flula Borg a unicorn who, in the movie’s best joke, is named “Jeff.”

In terms of animation, score, and most other aspects, Luck feels like a Pixar movie, more Inside Out and Monsters, Inc., than any of the others. And it even has a small role for Pixar voice perennial John Ratzenberger, playing a root bartender, as Cliff Clavin moves to the other side of the bar for once.

The problem is that it just doesn’t measure up storytelling-wise. Part of it is that the rules and explanations for the Land of Luck are complex and convoluted. Also, the very notion of everything hinging on luck takes agency and stakes away from the characters.

Another is that the only emotional stakes I cared about in the plot centered on Sam’s friend Hazel, a small child also hoping to be adopted. But not only is Hazel kept off-screen for 95 percent of the movie but what should be a moment of emotional catharsis also happens off-screen for some reason.

The central lesson of the movie, that — despite one character arguing otherwise — there has to be a balance between good and bad luck, seems lifted entirely from that of Inside Out, which concludes that life needs both Sadness and Joy.

Peggy Holmes is the director, whose previous directorial projects were direct-to-video Disney films, while Lasseter is among the producers, also serving as head of animation for Skydance Animation.

There’s also no getting around the ugly circumstances of Lasseter’s departure from Disney, as he was deposed in 2017 from his position supervising all animation at that company due to workplace misconduct accusations, while sexual harassment allegations emerged in later media reports. It’s also worth noting that the film was in some degree of development even before either Apple or Lasseter was involved.

The Apple/Skydance partnership is still in its infancy; the next one, a musical with princesses and Alan Menken-penned songs called Spellbound, appears more in the Disney tradition than the Pixar one. But the partnership is off to a mixed start with Luck.

Prey Takes the Franchise Back to Basics