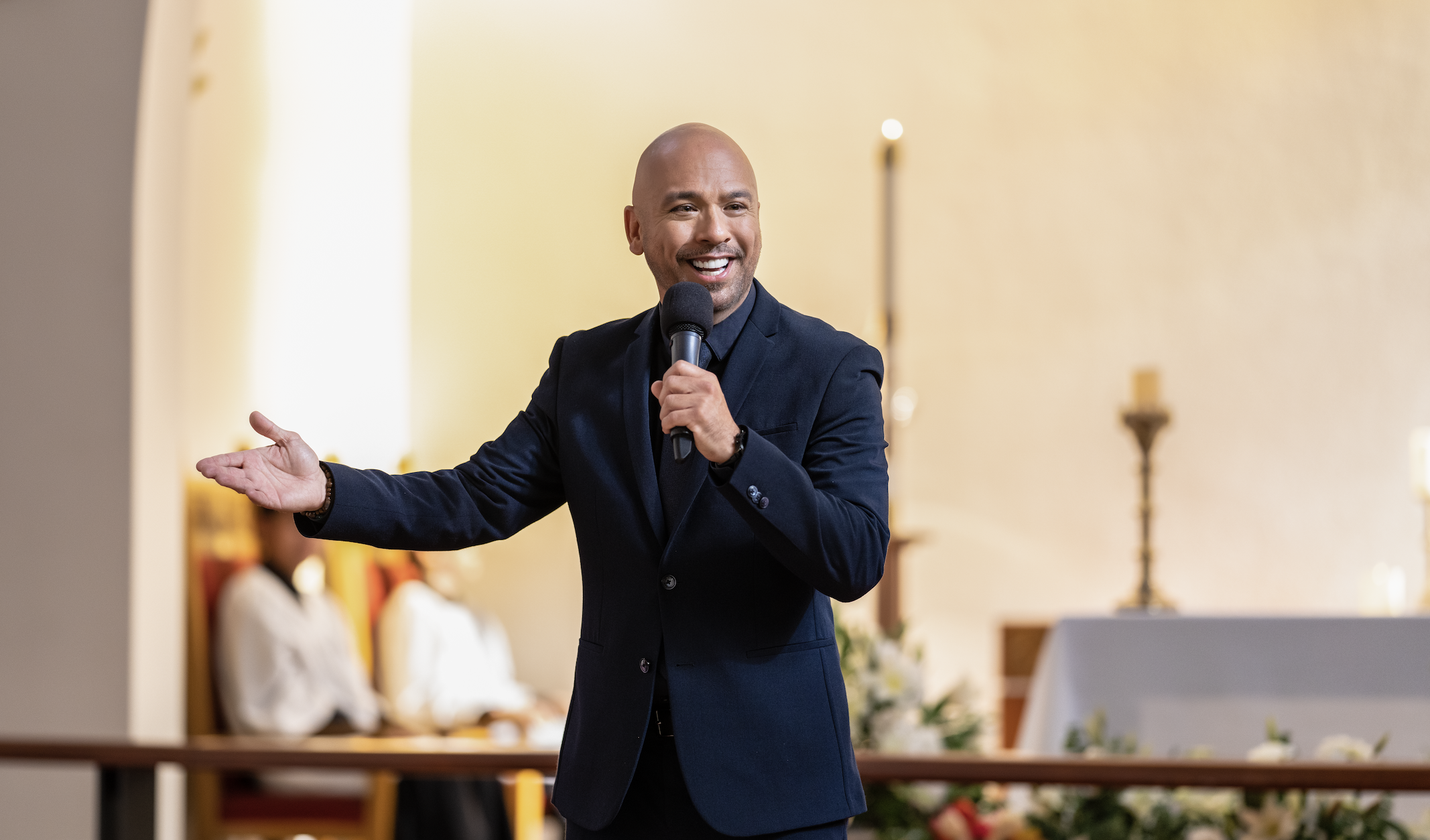 The new comedy Easter Sunday, featuring the comedic stylings of stand-up comedian and former Chelsea Lately hand Jo Koy, has a couple of strikes against it right off the bat.

It’s about a specific holiday, but getting a release at the wrong time of year. It lifts multiple running jokes from sitcoms, from the Party Down bit about the protagonist being constantly confronted with the catchphrase from his old beer commercial, to the Master of None plot about an Asian-American comedian not wanting to do a demeaning accent for a role.

But slowly but surely, the charm of Easter Sunday began to win me over. It also helped that the film starts out relatively unfunny but gets funnier as it goes on.

Koy plays Joe Valencia, a divorced comedian and aspiring sitcom star whose career has been something of a struggle since he starred in a beer commercial that’s seemingly known to every single person on earth. While trying to land a sitcom gig, Joe is pressured by his overbearing mother to bring his teenage son (Brandon Wardell) to Daly City for the titular holiday.

The film aims to draw comedy from the ultra-specificity (and at the same time, the near-universality) of the Filipino-American family, shown as a group of relatives who bicker, albeit in a loving way. This dynamic is the best thing about the movie.

The mother and her sister (long-ago Wayne’s World love interest Tia Carrere), for instance, are at each other’s throats. There’s time eventually for father/son bonding, and for the son to get into a sweet romance with a local girl (Eva Noblezada, who starred in Miss Saigon on Broadway and also voices the lead in this week’s Luck).

The director is Jay Chandrasekhar, best known from Broken Lizard, and he also plays Joe’s agent, as part of a dumb running gag in which he keeps pretending to lose his cell phone signal.

There’s also a convoluted subplot involving Joe’s ne’er-do-well cousin (Eugene Cordero), a repurposed taco truck, and a stolen pair of Filipino hero Manny Pacquiao’s boxing gloves. Joe also has to juggle all of that chaos with the approval of his mother, as well as the need to rush back to L.A. for an audition (that this audition is scheduled on both Easter Sunday and the first night of Passover is the one logical leap in this film that I wasn’t willing to take.)

Also, despite being based on a Christian holiday, prominently featuring a Jesus figurine, and having a long scene set in a church, Easter Sunday is not really, in any sense, a “faith-based film,” although Koy does deliver some outstanding Jesus-related punchlines in the church scene.

While Easter Sunday likely owes its existence to the box office success of Crazy Rich Asians, the two films don’t have much in common, aside from the presence of large Asian families, small roles for Jimmy O. Yang, and a great deal of mouth-watering food.

Yang is one of several prominent cameos, some of which are more successful than others. Lou Diamond Phillips’ role is hilarious every second he’s on screen, although Tiffany Haddish’s part as cop and old flame of Joe’s seems ported in from a completely different movie. This is an extremely chaste and family-oriented movie, except for the five minutes of Haddish’s schtick.

Easter Sunday won’t go down as any kind of comedy classic, but I’m happy to say it eventually wore me down.

Legendary in Action!— For the Love of Film

Prey Takes the Franchise Back to Basics