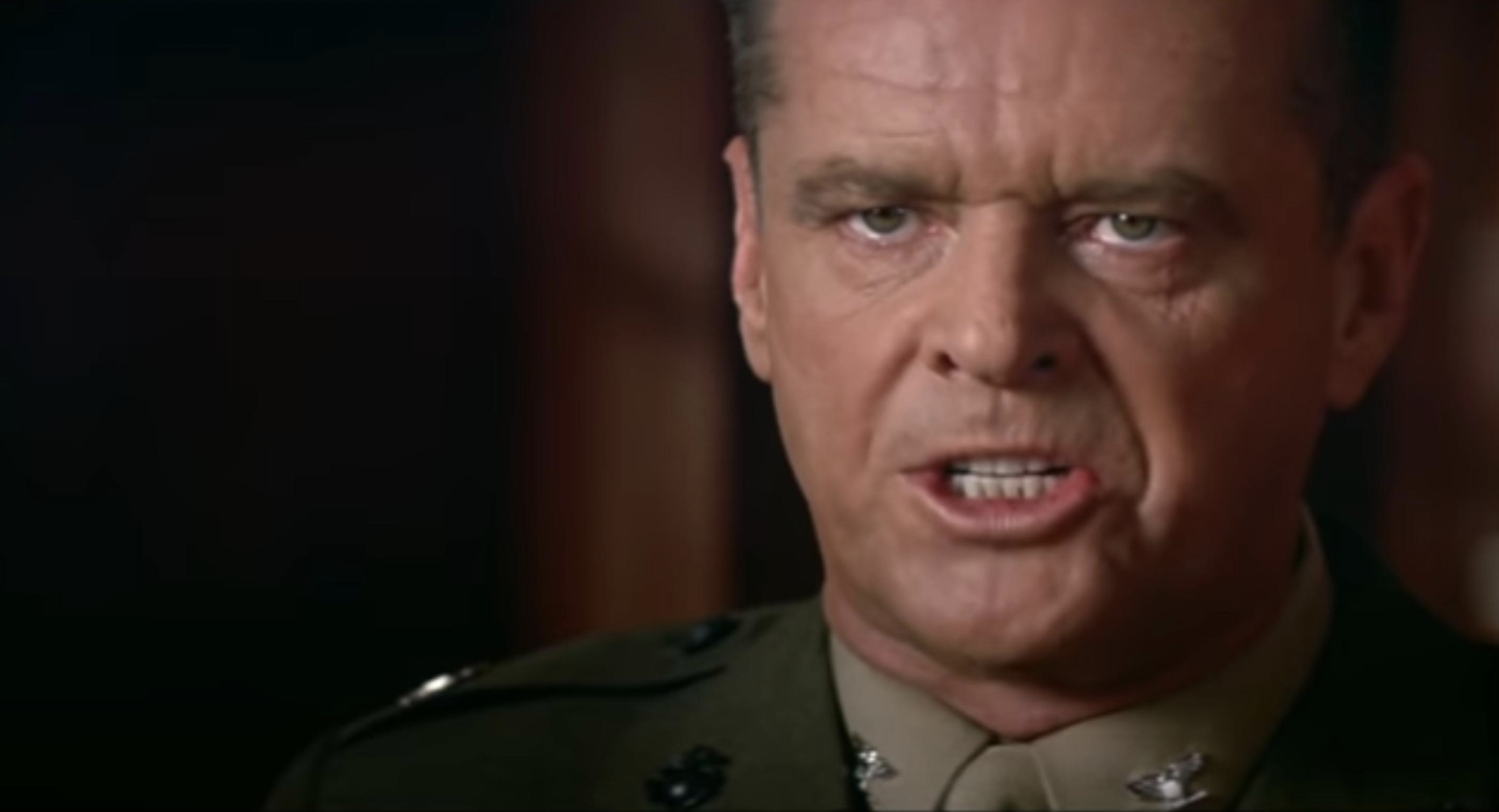 A Few Good Men, which marks its 30th anniversary this week, is known for quite a few things: For being one of moviegoers’ first exposures to the work of Aaron Sorkin, for its collection of major stars, for being one of the most often-repeating movies on cable TV for years, and most of all for Jack Nicholson’s “you can’t handle the truth” speech.

But most of all, I consider A Few Good Men notable for its understanding of something — the conflict between the “elites” of blue America and the more traditional institutions of the military, police, and the like — and the very different masculinities associated with each. This wasn’t exactly a major cultural subject in 1992, but it’s certainly become more of one over time.

The film was directed by Rob Reiner and written by Sorkin, based on his own play from three years ago. The script doesn’t quite have the tics associated with Sorkin’s writing in the West Wing era ‚— the woman characters, for instance, don’t all sound like the same person — but there is a hint of the pattern that would later become synonymous with the writer. Sorkin has said that he based the play on a real case that his sister, a JAG officer, had worked on.

Its plot begins with the death of Private William Santiago, a young Marine stationed at Guantanamo Bay in Cuba who had requested a transfer, winds up dead. Two Marines (Wolfgang Bodison and James Marshall) are charged in military court with his murder.

They’re to be represented by Lt. Daniel Kaffee (Tom Cruise), a JAG lawyer who’s the son of a legend but mostly lazy and not well-regarded. Along with fellow lawyers Demi Moore and Kevin Pollak, he soon discovers that Santiago likely died in a hazing incident ordered by the base’s powerful, larger-than-life commander, Col. Nathan Jessup (Jack Nicholson.)

The case proceeds, ultimately leading up to the famous courtroom standoff,  in which Kaffee gets Jessup to admit on the stand that he did, in fact, order the “code red” that led to Santiago’s death.

I have a greater responsibility than you could possibly fathom. You weep for Santiago and you curse the Marines. You have that luxury. You have the luxury of not knowing what I know; that Santiago’s death, while tragic, probably saved lives…. You use them as a punchline. I have neither the time nor the inclination to explain myself to a man who rises and sleeps under the blanket of the very freedom that I provide, and then questions the manner in which I provide it! I would rather you just said “thank you” and went on your way,

Aaron Sorkin, and certainly Rob Reiner, likely believe that Jessup is wrong and that beating a Marine to death under the orders of a commander is grotesque and terrible. While having great respect for the military, they believe that soldiers and Marines are public servants, accountable to the American people and that, yes, it’s perfectly fine to question the role they played in a young Marine’s death.

But many, many people, from 1992 up until the present day, likely nodded along to what Jessup said and may even consider the colonel the hero of the movie. It’s a sentiment, for instance, that was very frequently expressed by police, and their supporters, around the time of the killing of George Floyd and the riots that followed. It even goes along with the sentiment expressed by former President Trump, as he pardoned war criminals, to the joy of his supporters.

This divide is a real one, and A Few Good Men was one of the first films to really get it right.

A Few Good Men was a huge hit, got great reviews, and has stood up well over time. The film was nominated for four Oscars, including Best Picture and Nicholson for Supporting Actor, despite limited screen time. But of course, the actor’s performance is the part of the film that has endured the most.

The Poseidon Adventure at 50: A Hope and a Prayer