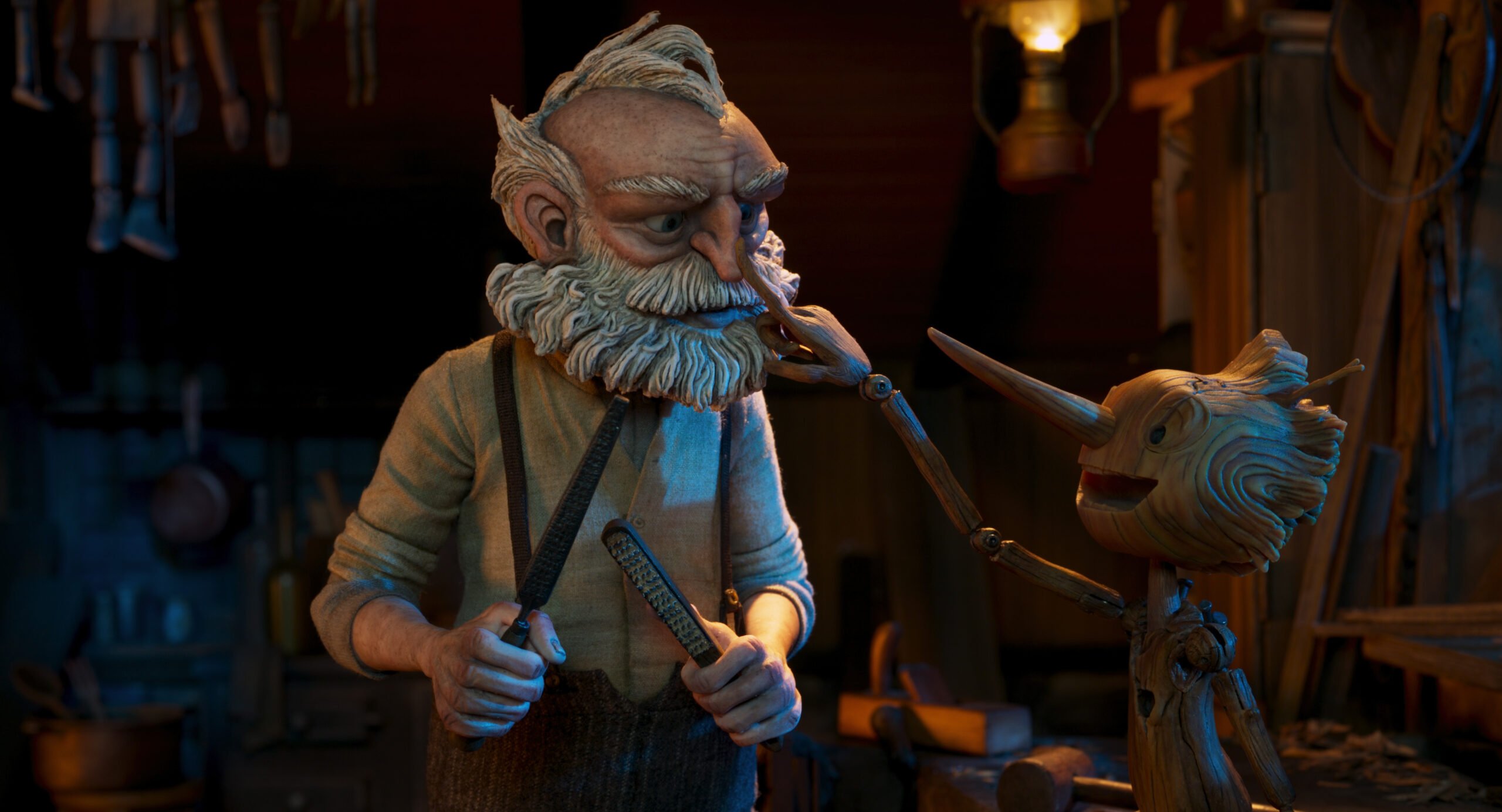 The story of “Pinocchio” is an age-old fable that has both stood the test of time and nearly been told to death, with an adaptation or reimagining gracing the silver screen almost every decade since the industry’s inception. From the 1940 Disney adaptation to Spielberg’s A.I. Artificial Intelligence, the tale’s sheer universality and deathlessness have taken on a more negative effect in recent years, bleeding it of the charm, whimsy, and wonder that made it so pervasive and enduring in the first place.

As with most works in the public domain, their “Disneyfication” has all but cemented the sole lens with which we behold, consume, and interpret them, as this growing number of retellings continue to mire the original in an aura that is far more unremarkable than enticing.

Take this year’s unequivocally terrible live-action remake starring Tom Hanks— a cluttered, lifeless, and aesthetically unappealing rendition that actively took away from both the 1940 classic and the original text, as its vapid and vain attempts at modernizing the story beg the question: What more can be done with “Pinocchio”?

Enter Guillermo Del Toro, whose intricate, glorious, and utterly lush stop-motion adaptation breathes new life into Carlo Collodi’s original fable, unearthing the realms of creativity and artistry that made it so special.  While Del Toro’s Pinocchio follows the original very closely, it never fails to inject a newfound sense of vigour and pathos into it.

Setting it against the backdrop of 1930s Fascist Italy, Del Toro mines the nation’s deeply rich and tumultuous history, deftly touching on the complicity of the Catholic church, the dark impulses of man, and the power of familial bonds to embolden the original’s commentary on what it means to be alive. While Del Toro revels in ghoulish imagery, and even darker subject matter, His Pinocchio, never talks down to the audience, forgoing oversentimentality for earned emotion that wholly resonates with audiences of any age. It’s both a melancholic and celebratory portrait of life and the importance of unconformity.

Yet, for all the immense thematic heft Del Toro imbues his storytelling with, the film’s laurels rest on its immaculate, spell-binding, and utterly ornate animation. Highly detailed, yet grand in scope, Del Toro and company push the limits of stop-motion animation to create a world of wonderous terror, both inviting and uninviting, as we traverse the verdant moors and cobblestones of the Italian countryside, the opulent grotesqueries of the carnival, and the enchanting oddities of the afterlife.

the character design and world-building truly play to Del Toro’s strengths as every character, both human and non-human, corporeal or non-corporeal, pops onto the screen with vigor in layered compositions. Pinocchio deftly evokes the stark imagery of fascism in one scene and the roman myths of yore in the next, creating a world that at once energizes its source material and is entirely original. Del Toro manifests another masterful fable in the vein of Pan’s Labyrinth, continuing his winning streak of austere, genre-bending fantasies that comment on reality.

Moreover, Pinocchio’s more musical moments don’t disappoint either, as they tap into the melancholic nature of life, the wonder of an unknown world, and the depravity of nationalism. Despite death looming heavy over the film, each moment is tinged with unadulterated whimsy, with many of the songs standing toe-to-toe with the classic “When You Wish Upon a Star” — while the end-credits number doubles as a great punchline to one of the film’s running gags. Alexandre Desplat continues his winning partnership with Del Toro, crafting another enchanting, ethereal, and utterly uplifting score that rouses as much laughter as it does tears.

The sheer technical brilliance of the film is equally shouldered by the impeccable voice performances. David Bradley perfectly captures the anguish, heartbreak, and hope of Geppetto, creating one of the most endearing personas in recent memory. While, Ewan McGregor shines as Sebastian J. Cricket, who enlivens many of the film gags as Pinocchio’s guide and conscience while also serving as the narrator.

Christoph Waltz’s Count Volpe is a wickedly delectable showman while Cate Blanchett is wonderfully unrecognizable as the abused circus monkey, Spazzatura. However, it’s Gregory Mann’s turn as the mischievous puppet that impresses the most, with his innate naivety and angelic singing gleaming just as bright as the A-list talent.

Guillermo del Toro’s Pinocchio is not only the greatest animated film of the year but one of the greatest, period. His lifelong passion project is brought to life with richly layered commentary, resplendent animation, and sheer magic. While there are moments of plot convenience and contrivance, they do little to dull the film’s ability to dazzle and emotionally disarm. This may be Del Toro’s third fantasy set against a fascist backdrop (the first two being The Devils Backbone and Pan’s Labyrinth), yet he never fails to bring forth a staggering level of artistry, nuance, and perspective to the tales he weaves, and what he’s created is the new definitive version of a story long made inessential.