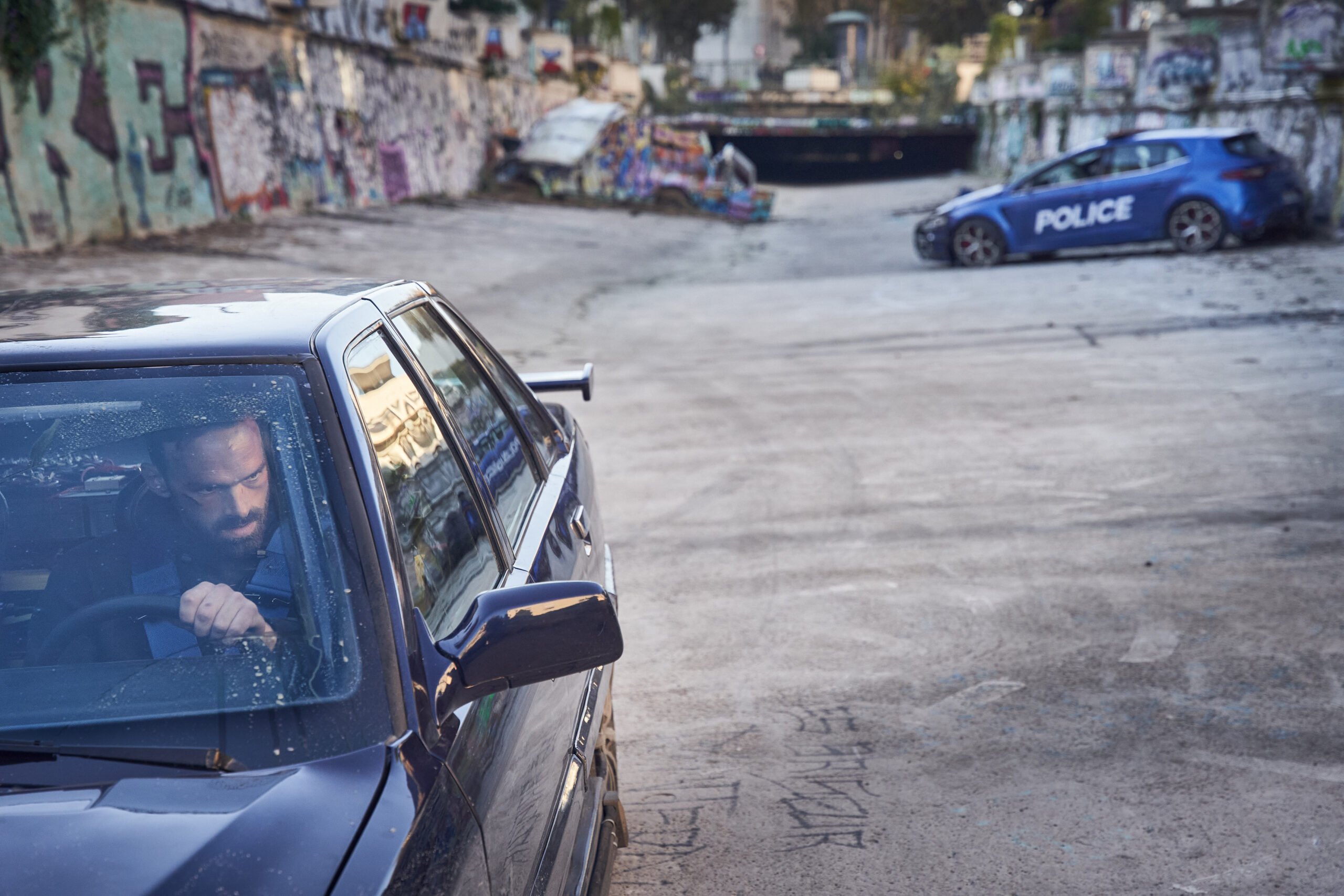 A surprisingly exhilarating action film that is still too underappreciated for just how sturdy and thrilling it was, Lost Bullet explored a familiar set-up of corruption in the police force to deliver an adrenaline-fuelled romp. Back at the helm of its sequel, Guillaume Pierret centers Lost Bullet 2 and its lone protagonist in a web of conspiracy, taking its corrupt cop elements and amplifying them to eleven. Along the way, it’s never quite clear who’s in the driver’s seat but that doesn’t stop the sequel from being more entertaining and more interesting than its already-solid predecessor.

After his brother’s death, Lino (Alban Lenoir) becomes obsessed with catching his brother’s killer and barely resembles a human being anymore. He eats and sleeps out of his car, tailing the wife and child of one of the corrupt cops also responsible for his mentor’s death, all while attempting to evade the ire of the police force tasked with catching them as well. A quick time skip ahead and Lino is now heading a new narcotics unit alongside Julia (Stéfi Celma) while also still on the hunt for the two murderers that escaped his grasp.

Everything in Lost Bullet 2’s set up isn’t exactly fresh but it’s also not boring either. An early home invasion set piece exemplifies what exactly Lost Bullet 2 is all about: its action. Lino’s got a lot of rage in him and every fight with him is scrappy as he bounces off opponents while employing more and more variety in the weapons he brandishes and the environment he treats more like a wrestling ring than a place where people work or live. Even the first film’s brawl-centric police station fight gets outdone by a similar environment taken to new heights with its kinetic movement between rooms and a clear objective that spirals into a tug of war match.

So while it may be recycling some material, Lost Bullet 2 is hellbent on perfecting its thrills instead of just rehashing them. The vehicular mayhem of the first gets a shocking new addition with some electrical work done by Lino that gives the Fast and Furious stunts a run for their money – especially since everything in Lost Bullet 2 feels vulnerable. Car chases accelerate into wanton destruction and even the characters have to take a moment to weigh the stakes versus the danger they’re putting people in.

This is doubly true because Pierret’s screenplay puts every character in harm’s way while also making them matter. The tenuous relationship between Julia and Lino comes center stage during Lost Bullet 2 once it reintroduces key players from the first film, but even those that play more background characters like the other police officers are given substance through their supporting actions. It’s also because every character ends up intricately woven together due to their relationship and motivations surrounding the events of the first film. The corruption of the police crosses borders and becomes an all-encompassing web of lies that Lino is forced to navigate carefully and quickly.

When Lost Bullet 2 is at its best is when its in a stage of refinement. The carsploitation of the first film may be a burlier, more visceral approach but Pierret takes those moments and reinvents them to showcase a clever imagination for setpiece design while still maintaining that level of intensity. The stakes are more personal thanks to Lino’s arc pushing the character towards the pursuit of closure, and Lenoir’s performance gives him this worn-down and tangible sense of desperation. He’s at the edge, and as cliche as that might be for what is essentially a revenge film that morphs into a lengthy chase involving dirty cops, it’s nothing short of exhilarating.

Coming into the second film without having seen the first is probably ill-advised due to the film’s direct continuation from the events of the first film, but thankfully the first Lost Bullet is worth the watch alone. What Lost Bullet 2 does is take The Raid route and improve upon what was great about the first film while expanding the narrative to give each moment a heartbeat and stakes. Taken at surface-level, Pierret has crafted another intricate action thriller with a myriad of impressive stuntwork that would make any action junkie smile ear to ear. Beyond that though, he’s turned the Lost Bullet franchise into a much denser spectacle with the potential to grow even bigger thanks to its sturdy framework.

Lincoln at 10: Portrait of a President as a Political Master