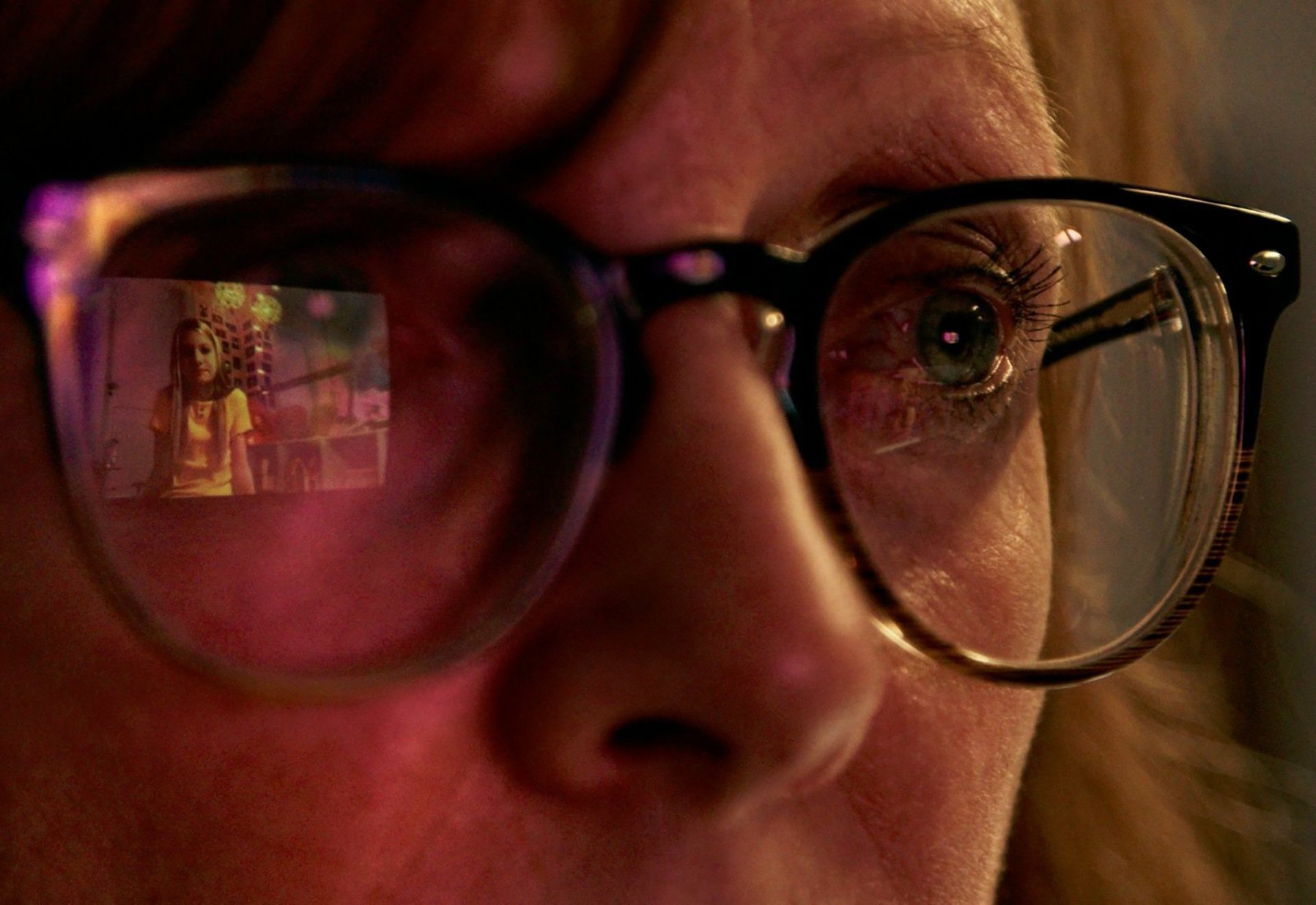 As technology continues to improve and ethical boundaries are pushed by the promise of the ends justifying the means, The Artifice Girl finds itself squarely at the center of the dark and potentially life-saving duality of artificial intelligence. Contemporary in its ideas and blunt in its presentation, writer-director Franklin Ritch mines the darker side of technology to present a thrilling, innovative look at the application of AI to solve crimes without the sacrifice of human lives. The Artifice Girl is a fictional film that contends with real-life concerns surrounding the digital age in a twisty package that lets its ideas shape its characters.

For the first few minutes of The Artifice Girl, it’s hard to tell where exactly it’s going. A film broken up into three acts, each one essentially its own unique setting and period in time, Ritch stars as Gareth – a programmer brought in for questioning by two government agents, Amos (David Girard) and Deena (Sinda Nichols). There’s a bit of a build up before the film becomes an open conversation about Gareth’s latest project that has turned him into a vigilante attempting to catch child predators online with the use of bait in the form of Cherry (Tatum Matthews). However, nothing is as it seems and Gareth’s knack for digital effects and crafting replicas of actors unavailable for filming serves as a launching pad for a discussion surrounding his use of bait in a digital age.

The ultimate twist comes early in The Artifice Girl as it is crucial for having the type of conversations that result between Deena, Amos, and Gareth. Ritch (who also edits the film, on top of writing, directing and starring in it) maintains a sense of mystery around the three lead actors and the way the film is shot by Britt McTammany is always keen on separating characters when they’re in conflict with one another. Set primarily in single rooms for long stretches of time, there’s a claustrophobic feeling that ends up feeling like the audience is intended to be actively mulling over the ideas presented throughout.

Fortunately, it’s impossible not to be just as invested in the plot as its characters. The murky waters that they’re wading in provide ample material to create conflict and schisms between them and it’s difficult not to take sides in each argument. It’s a bit Ex Machina in a lot of ways, but less contemplative and more straightforward in its execution. The atmosphere that The Artifice Girl revels in is intended to not have clear answers but require steadfast convictions in order to not get lost in the ethics of it all.

Where The Artifice Girl could have faltered but ultimately doesn’t is in its performances. There’s a necessity for aggression and jargon at the same time, both of which can come off as nonsensical or jarring when discussing concepts instead of actual events. However, everyone brings a level of conviction to their roles, instilling each character with the firm belief that whatever decision they’re making is the right one at that moment. Ritch, Nichols, Girard and Matthews are all exceptional, and there’s the added bonus of Lance Henriksen for a brief period in some of the film’s key moments that hang on his performance.

The Artifice Girl is an extremely clever concept that does a responsible job contending with contemporary dilemmas in artificial intelligence. The dilemmas faced are issues that even now can be seen as potentially unethical with CG replacing actors both living and dead, and the continued use of deepfakes and heavily-edited video being a slippery slope. That its discussions come wrapped in a tight, suspenseful package anchored by strong performances makes the threat of its ideas feel that much more palpable.

My Grandfather’s Demons Mends the Past with a Grounded Perspective