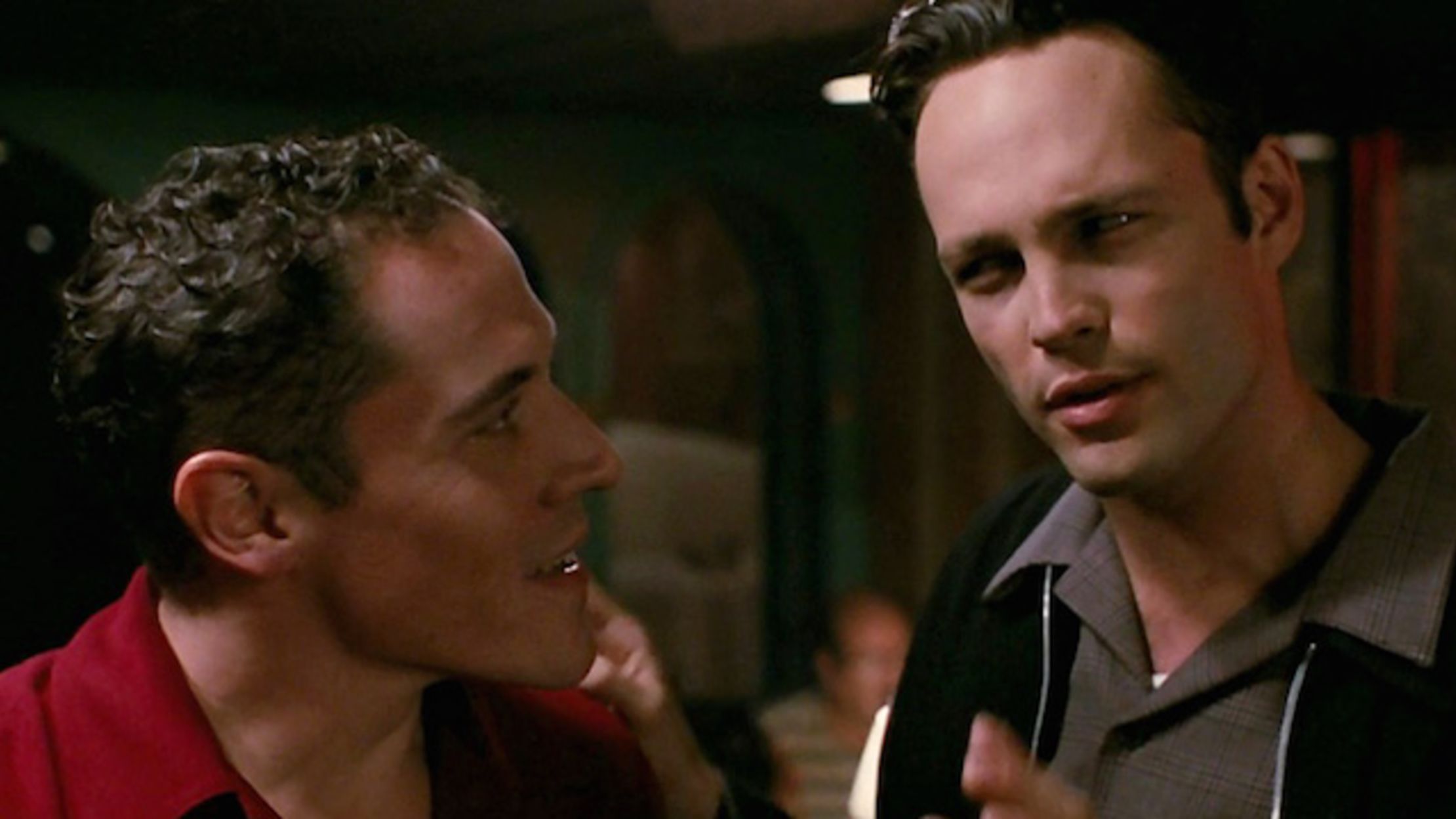 Of the numerous indie movies that broke through in that pivotal year of 1996, one of the ones that broke through widest was Swingers. It was director Doug Liman’s ode to Los Angeles, dating, swing music, and spontaneous, ill-fated trips to Vegas. It spawned the acting careers of Vince Vaughn, Jon Favreau, Ron Livingston, and Heather Graham, as well as dozen catchphrases, and even a dance craze.

While its popularity took a while to establish itself, Swingers was released in October of 1996, 25 years ago this week.

The film, which Favreau wrote, represents a reasonable facsimile of what life is like for a group of struggling male actors in their 20s in mid-1990s Los Angeles. The film is also up there with the very best of movies in the way it uses Los Angeles. Swingers is also a movie that absolutely spoke to me when I first saw it as a college student, while I may or may not have visited a few of its locations on a subsequent visit to L.A., I never did learn to swing dance.

Favreau starred in the film as Mike, a struggling comedian from New York who left a girlfriend behind to chase fame in Los Angeles, but has had his confidence ruined upon discovering his ex has moved on. Vaughn played Trent, his confident, womanizing buddy, constantly strolling into rooms, hooking up with women, and spouting catchphrases like “you’re so money and you don’t even know it.”

Throughout the movie, Mike shows himself as whiny, needy, and hopelessly hung up on his ex, while his friends all encourage him to show some confidence, go out there, and move on. Early on, he tells a friend “you’re the only one I can talk to about this,” but it’s clear he talks about it all the time with everyone he knows.

Eventually, after a few false starts — including that all-time cringe scene of him leaving a half-dozen answering machine messages in a row — he meets Lorraine (Graham), who he impresses because he knows how to swing dance.

Being not confident enough with women is certainly something to which many young guys can relate- including my college-aged self. And Swingers was one of many movies of that era, followed a couple of years later by High Fidelity, which explored dating from the point of view of an insecure man who, in retrospect, wasn’t nearly as much of an underdog nice guy as you may have thought.

There were also all kinds of signifiers of the era, from the hockey video game scene to each of them driving individual and locking up their car with “The Club.” The way Sex and the City changed the social habits of New York City women a few years later, Swingers did the same for men in Hollywood- not only when it came to dating, but also on which specific places there were supposed to hang out.

If nothing else, Swingers helped usher in that weird period in the late ’90s when young people swing-danced, listened to Frank Sinatra and Dean Martin, and otherwise took on the cultural proclivities of their grandparents.

Of course, the movie’s gender politics, needless to say, haven’t exactly aged well, even if Harvey Weinstein hadn’t distributed it. The film’s worldview, one representing a proto-pickup artist culture, severe objectification of women, and a bifurcated world of alpha and beta males, matches up somewhat uncomfortably with some of the very worst attitudes on the Internet.

And kind of like the first Austin Powers film the following year, the catchphrases all got done to death so much that watching them in the movie again has gotten tiresome.

But nevertheless, Swingers is one of the movies from its era that endures the most.