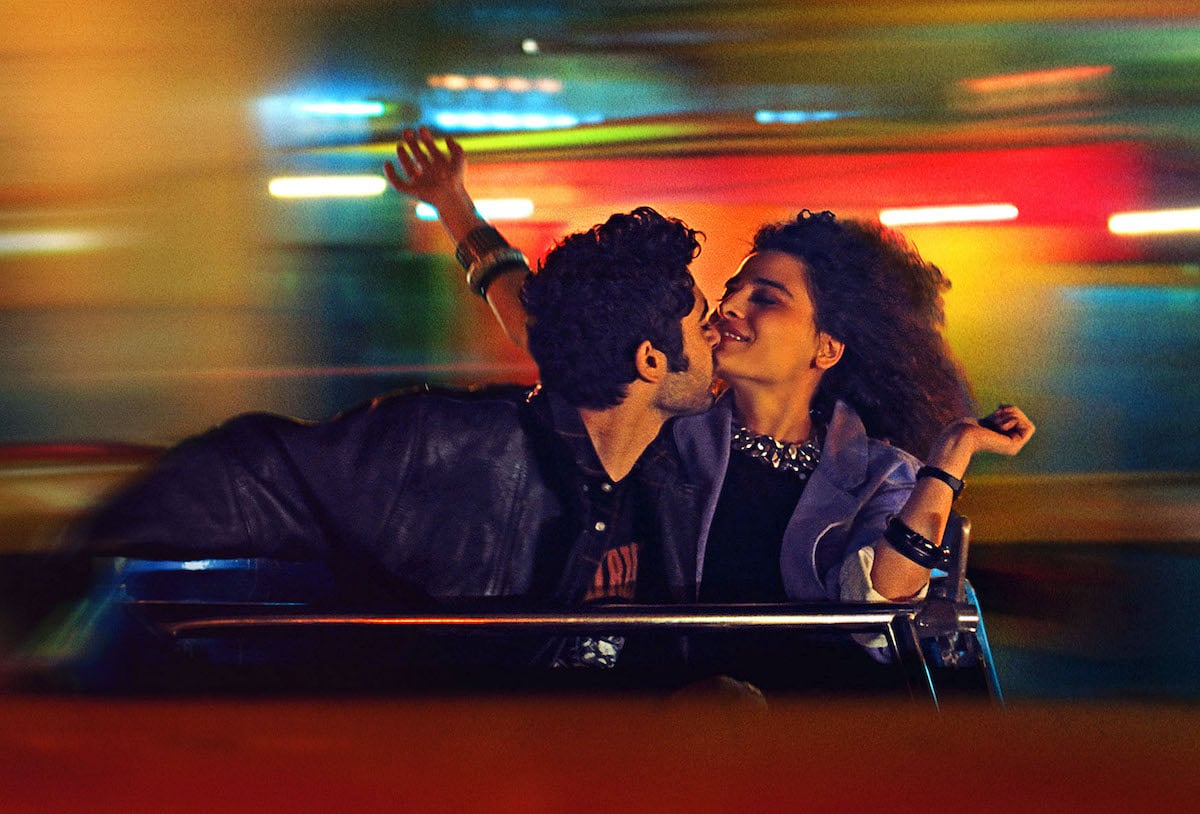 A box filled with notepaper, cassettes, film photos and various other ephemera bring the horrors of early 80s Lebanon to a sleepy part of Quebec in Joana Hadjithomas & Khalil Joreige’s Memory Box, a wartime story filtered through the power of recollection and imagination. Featuring an innovative approach to representing memory and storytelling, it brings to mind Waltz with Bashir in its powerful recreation of the Lebanese-Israeli war.

Alex (Paloma Vauthier) lives a rather conventional life, preparing for Christmas celebrations with her grandmother (Clémence Sabbagh) and mother Maia (Rim Turki). Their father is long-gone, having returned to France. Stressing their Franco-Arab upbringing, both Alex and her grandmother talk in a mixture of both languages, getting along quite fine until a mysterious package arrives at the door from one of Maia’s old friends. As the title suggests, it provides a treasure trove of material that allows Alex to dig into the troubled upbringing of her mother (played at a younger age by Manal Issa).

We don’t return to this time in a conventional sense, rather the images literally come to life, soundtracked by cassettes from the young Maia. They are accompanied by the soundtrack of the age, featuring songs by Blondie and Duran Duran, showing how teenage life in 80s Lebanon was superficially similar to that of Europe or North America. This fleeting, ephemeral approach is the most interesting part of the movie, as it seems to be filtered as much through Alex’s imagination as a standard representation of the truth; creating a hazy layer between the two eras.

Not every image is meant to be taken literally, such as a gorgeous bike ride with bombs exploding in the distance, creating a striking portrait of teenage life in the middle of a war zone. We can imagine that these images are created in Alex’s mind, learning things about her mother — an affair with a young boy, a love of photography and a desire to travel — that she never knew before.

Memory Box can’t quite bring its fascinating story to life.

She is constantly taking pictures of her mother’s notebook on her phone, digitizing it in the process, creating an interest contrast between the ways that way we process memory then and now. While the way we remember might be the same in our heads, the objects we use to record those have become far more sanitized and transient in the process. For one thing, it may make storytelling far more difficult for filmmakers in the decades to come. The same change goes for the city of Beirut itself, now filled with modern tower blocks and apartment buildings that resemble almost any other major city on earth.

While the film’s approach has many benefits in terms representing the difficulty of understanding the past, it never quite settles, feeling like a trailer for a future version that outlines familial relationships in more granular detail. Resolutions, while deeply emotional in intent, have a tricky time sticking the landing. Men, hovering around the background of the film — with one English-speaking Canadian merely a semi-disembodied voice — never come into focus either, making it hard to really feel for what they represent in the larger scheme of things. Memories may be hazier than lived-in reality, but cinema should be able to do more to bring them onto the screen. As it stands, Memory Box can’t quite bring its fascinating story to life.

Memory Box plays in the Competition strand of the Berlinale, running between March 1st and 5th.

Biggie: I Got a Story to Tell Revisits the Familiar

I Saw the Devil — One of the best South Korean Thrillers