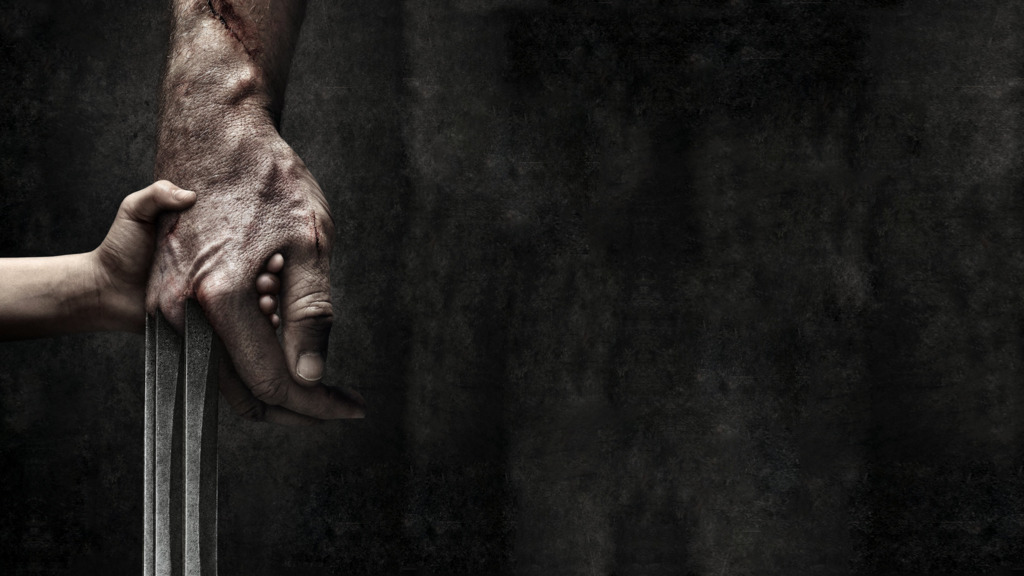 With his snarly brooding and penchant for vicious kills, Wolverine has always been the most magnetic figure of the X-Men movies (sorry, guy with actual magnet powers), a loner that has always seemed like he would be more at home moseying into a dusty western cowboy town for a noon showdown than donning spandex and dodging CGI. A wonder then that it took so long for a film like James Mangold’s Logan to come about, but with a focus on old-fashioned mano a mano action and character stakes over the usual timeworn fate-of-the-world nonsense, star Hugh Jackman and director James Mangold have delivered a proper closing to the wandering mutant’s trilogy (if indeed it’s meant to be), a powerful ride off into the sunset fit for one of the gruffest and most tortured of hired guns.

Whether one is aware or not of whatever convoluted Marvel events have passed since we last saw those mutton chops on screen, all that matters is that Logan is now in hiding somewhere near the border of Mexico, ferrying mustachioed Texas businessmen and drunken prom-goers in a beat-up limo for extra cash. He downs whiskey as well, just as he always has, but the effect is stronger than it once was, and persistent cough hints at a once-invincible man breaking down after years of battle, both inside and out. At night he comes home to an abandoned smelting plant and the burdensome responsibilities of a makeshift family, complete with an albino mutant named Caliban fulfilling the homemaker role, spousal nagging that borders on “you never take me anywhere” territory and all, and the aging father-figure of Charles Xavier sequestered in a giant metal vat of a room, suffering from a neurodegenerative disease that requires medication to stem the onset of senility and occasional seizures that paralyze any living thing in the area. This is what happens when you care about people, something that Logan has been loathe to do for much of his life, and the weight of shouldering others’ needs is clearly contributing to not only his alcoholism but the general erosion of his whole being.

When a mysterious woman offers him a pile of cash to escort her and a young girl to the Canadian border, Logan sees a possible way to shrink from the world once and for all, leaving the Wolverine as only a distant memory. Naturally, events transpire that complicate this mercenary mission, as a big, bad gang of cattlemen posing as security employees of a biogenetics company get in the way, demanding that their experimental property be returned. From here the Logan posse hits the desert trail, mixing bloody spurts of action with the kind of bonding that comes from outlaws riding together, traversing the countryside with only themselves to rely on.

That Logan has taken such a small, intimate approach with a superhero is refreshing, of course, and it’s nice to get to spend time watching suppressed feelings bubble to the surface instead of city-destroying explosions. The relationship between Logan and Charles doesn’t dance around the parental aspects that have been building since the first X-Men film, instead, putting them front and center, allowing Patrick Stewart and Hugh Jackman to act out some of the most touching scenes the series has known. The world has outgrown these relics; it’s no country for old mutants anymore, but as each watches the gradual disintegration of the other, they can’t help but want to salve the wounds, bring some measure of peace to two tortured souls. Both actors are excellent, but Stewart, in particular, shines, finding the humor in aging while also lending his usual gravity and wisdom.

However, it is newcomer Dafne Keen as the young girl, Laura, who outshines both of the seasoned pros. As an 11-year old who has grown up in a science laboratory and imbued with regenerative powers and adamantium claws suspiciously similar to Logan’s own, she doesn’t have far to catch up in the realm of messy lives, and the bouts of rage she exhibits in between detached gazing rival her grizzly guardian’s. She’s as much a killer as anyone, and has no problem asserting herself when necessary, sometimes with brutal results. Laura’s youth fends off the toll of regret that violence has taken from Logan for over a century, but in her Xavier surely sees a similar, desolate future if things aren’t remedied. There’s a Shane-esque vibe to Laura’s relationship with Logan that is not lost on the filmmakers, but instead of dismantling childhood idolization, the dynamic offers the chance for a hardened gunfighter to soften, and possibly redeem past mistakes. Keen goes toe-to-toe with her older co-stars through all of this, delivering the kind of confident, mesmerizing performance that suggests bigger things are still to come, and her physicality during the exquisite moments of ferocious battles is impressive.

These action scenes in Logan are absolute highlights, testaments to the power of small-scale, personal combat, physical people fighting other physical people (imagine that!). Mangold eschews the sloppy bombardment of visual spectacle for carefully-staged, tightly-edited sequences that deliver a savage punch worthy of the film’s R rating. As Logan becomes the Wolverine, slashing through opponents with choreography that is both precise and messy at the same time, his pain is never more impactful, his rage never more terrifyingly thrilling. Complementing his murderous barbarian is Laura, who pounces like a graceful cat before tearing opponents to shreds. Mangold never forgets that killing isn’t something to take lightly, however, and it shows on the face of his hero as another brain is spilled by those razor-sharp claws. Deaths are personal in Logan, one on one duels, and so each confrontation has meaning, even when it seems like a buzz saw. Rarely is such chaos so comprehensible, so affecting, and despite having no giant robots or fiery explosions, one particular sequence involving an approaching train (conjuring images of wild west robberies) stands out as one of the most exhilarating action set-pieces in years.

All the while the wagon keeps heading north, making the occasional stop here and there to help out locals pestered by bandits or replenish supplies for the long journey ahead. Pioneers believed they were headed to a better place, a land of milk and honey, and so too Logan has something in store for its final destination, the promise of a new life, a new beginning. Those familiar with the comics may understand more of the specifics of the events that transpire over the course of the story and will surely be rewarded with numerous references and Easter eggs, but context is not needed to grasp what is going on here. By keeping the focus intimate, Logan is stirring on all fronts, telling a classic western story of a hardened mutant claw fighter whose bounty offers the chance to restore his humanity.

The Real Message Behind ‘Nocturnal Animals’

The Wake Left by the Wolverine: How Fox Should Handle ‘X-Men’ Going Forward