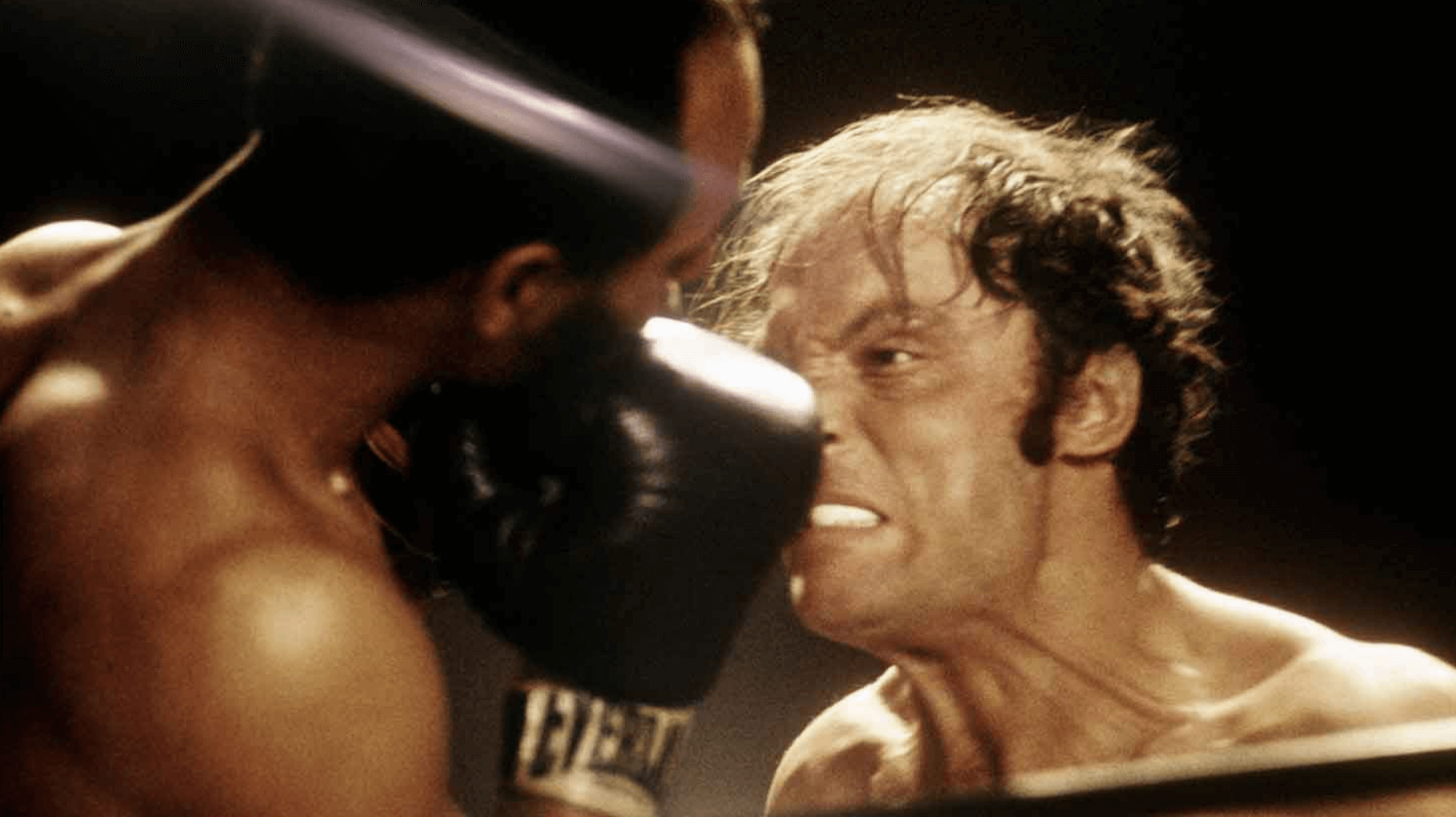 John Huston’s piercingly beautiful Fat City is not only the rawest and bleakest of all boxing movies but also the best. It opens with a flurry of dissolves highlighting the weathered residents and humble iconography of a working-class community, all underpinned by a great melancholic track by Kris Kristofferson. Yet, once the film settles into its milieu, the charms of this setting quickly evaporate, leaving behind a stark portrait of a town that wholly embodies the term “dead-end”.

Released in 1972-50 years ago this week- it opened amidst the peak of the “New Hollywood” movement, arguably the most important era of American cinema. It boasted a body of work that was riskier, higher quality, and more character-driven, defying traditional narrative conventions in a way that reflected the growing cynicism of the era. Gone were the heroic and epic tales of valor, replaced by vivid and lifelike stories that dared to break the taboos of language and conduct that were ruthlessly reinforced by the Hays Code, often choosing to conclude unhappily. The greatest films of this era still retain their cutting edge, as they entertain and unsettle in equal measure, regardless of how much time passes.

Fat City sits firmly and boldly in the pantheon of this cinematic era. While its subtle and subdued direction may not enthrall like the Coppolas and Scorcese’s of the world, it still reverberates with the same depth and breadth as the many masterpieces of this period. It is, for all intents and purposes, the greatest depiction of the sport ever, even better than a Philadelphia-set classic that won best picture.

Huston delivers a poignant slice of life that centers on battered, bruised, and broken people who struggle to pick up the pieces of their life, even when they’re not taking blows to the face. In Stockton, the jobs pay too little, the romances are all doomed, and the only reprieve is found at the bottom of a bottle. The fighters here are definitely not stars, hell, they’re not even second- or third-rate boxers. Yet, day after day they lace the gloves back on and admirably enter the ring.

Stacy Keach brilliantly plays washed-up boxer Billy Tully, who lives day-to-day, picking up odd jobs on various farms to not only pay the bills but the bar tab. Over the course of the film, he attempts to make something of a comeback in the world of amateur boxing. Along the way, he briefly bonds with the much younger and hopeful boxer Ernie Munger (a startlingly young Jeff Bridges) and enters a hopeless romance with the messy and perpetually drunk Oma (Susan Tyrell). After winning his comeback fight, glory doesn’t await Tully, instead, he is plunged back into the grim reality of a solitary existence revolving around subsistence. With a cigarette in his mouth, and coffee in front of him, his defeated face says it all, “before you get going, your life makes a b-line for the drain”.

Fat City is one of the greatest and starkest portrayals of the Sisyphean nature of the American Dream. The sport of boxing is portrayed not as a pathway to fame and fortune, but as a desperate struggle to find independence and an ultimate calling in life. To call Fat City a sports movie is a bit of a misnomer, as it never fully becomes a triumphant journey accented by success or a lighthearted romp about a fledgling athlete. It’s simply a searing drama about perpetual losers hanging on to an inkling that things just might get a little better. As a result, it’s one of Hollywood’s most beautifully pessimistic and uncannily hopeful offerings.

Despite making seminal classics like The Treasure of the Sierra Madre and The Maltese Falcon, Huston has never truly been perceived as a definitive auteur in the annals of cinematic history. Perhaps it’s due to a lack of a distinct visual style, but that restraint is key to the enduring power of Fat City. Economic camera movements and calculated framing render its austere world wholly palpable and uncomfortably lived in. In the shades of Sidney Lumet, Huston is an unabashed master of unseen style.

This visual prowess is also unequivocally heightened by Conrad Hall’s gorgeously textural cinematography that imbues its deadbeat town with deep browns and yellows, adding a gorgeously gritty and melancholic sheen to its tapestry of struggle and failure. Hall also deftly incorporates long shots that showcase the barren and forlorn world these characters inhabit. It’s simultaneously heartbreaking and glorious to behold.

While Fat City was eclipsed by bigger and bolder releases like The Godfather, Cabaret, and Deliverance it remains one of the 70s most authentic and earnest realizations of the American experience. Tully’s failed pursuit of the American Dream is one that eschews any semblance of heroism and sentiment, laying bare a truly solemn experience that cuts deep. Failed quests and goose chases have long been a staple of Huston’s films, but Fat City is arguably his most unembellished and relatable foray into that bleak territory.