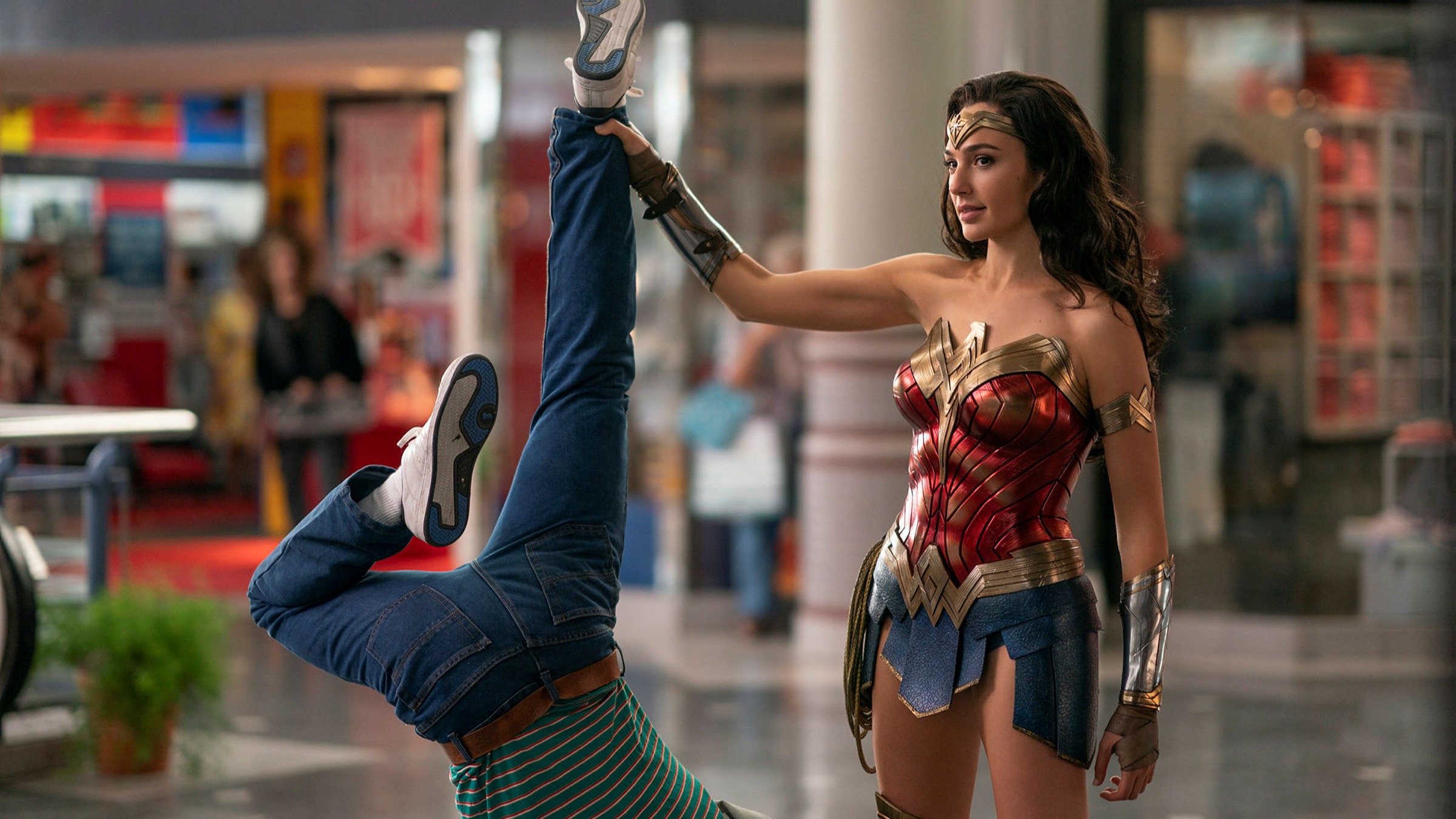 Arguably Warner Bros.’ most successful movie on its DC slate, in terms of both critical and commercial success, 2017’s Wonder Woman firmly established Gal Gadot as the iconic heroine whilst cementing Patty Jenkins as one of today’s leading directors. In this year’s follow-up, the quite clearly winning combination of the creative duo proves that sometimes, more is more, deftly progressing the Amazonian warrior to (occasionally literally) new heights.

With a backdrop of 1980s Washington D.C., in which leg warmers, shoulder pads, and the biggest hair imaginable was all the rage, Diana Prince/Wonder Woman is working as a senior anthropologist at the Smithsonian Institute, whilst finding the time to stop mall robbers and save kids’ birthday parties in the process. After coming across a magic “wishing” stone that inevitably falls into the wrong hands, she finds herself squaring off against co-worker Barbara Minerva (Kristen Wiig) and businessman Maxwell Lord (Pedro Pascal).

After a lively opening sequence in which the themes of the movie are clearly outlined and we’re reminded of the power of the women in Themyscira, it becomes clear that 1984’s Diana is far removed from the princess we encountered in the first instalment; gone is the naivete, and with it the hopefulness she brought to the barren wastelands of World War I. Whilst far from being an embittered and jaded soul, she has cut herself off from any external relationships following the heartache experienced at the end of the first film, instead focusing on her work and the duties she has in her new reality. Whilst Gadot doesn’t quite have the nuance needed to pull off the detachment (she sometimes comes off as cold or indifferent to her fellow beings) the intention is clear – even after all these years, the loss of Steve (Chris Pine) is an overwhelming loss.

Wonder Woman 1984 is a step in the right direction for the team who clearly feel so much love for the character.

Luckily, this removed Diana doesn’t last for long, as the thematically rich and jam-packed narrative swiftly moves along, and new foes are introduced, both of which are incredibly well-handled and terribly sympathetic, albeit at varying degrees. Barbara, lended a hand by the traditionally comedic talents of Wiig, is awkward, insecure, and longs to be recognized by those around her; whilst the trope of a woman taking off her glasses to reveal herself as something more isn’t exactly fresh, it is ably handled by Jenkins, who refuses to make her transformation about her appearance, but about the way she internalizes her self-worth.

However, it is Pascal’s Maxwell Lord who benefits the most in fleshed-out character. At once sleazy and yet entirely charismatic, relatable yet pathetic, Pascal brings humanity and understanding to Lord previously missing from the franchise. As his arc becomes more painful, the actor, continually on the rise since his initial appearance in Game of Thrones in 2014, portrays desperation without over-egging, reigning himself in last-minute before tipping over into overkill.

As a superhero spectacle, the set-pieces are bigger and more confident than its predecessor, providing the same goosebump as the No Man’s Land sequence in the first. It has some bumps in the road, for example, Barbara’s final form is neither helped by CGI nor by the fact that the fight takes place in the dark, but, generally speaking, murky visuals are removed in favour of clear, crisp combat. No movie this year has warranted a trip to the big screen as much as this, with a particular moment at the end of act two a standout, designed to wring out as much emotion as possible by being on the silver screen, a familiar music drop evoking as much, if not more emotion than previously displayed.

Better and more sure of itself than the first, with some wonderful character development for all and bolder set-pieces, Wonder Woman 1984 is a step in the right direction for the team who clearly feel so much love for the character. If safe to do so, it’s highly recommended that you see it on the biggest screen possible – after all, more is most certainly more.

Roni Cooper is a twenty-something from the UK who spends her time watching any and every film put in front of her. Her favourites include 'Singin' in the Rain', 'Rear Window', 'Alien' and 'The Thing', and she will watch absolutely anything in which Jessica Chastain stars. When not in front of a screen, be it small or silver, she can be found taking care of her spoilt but adorable dog. You can find more of her work at ronicooper.com.