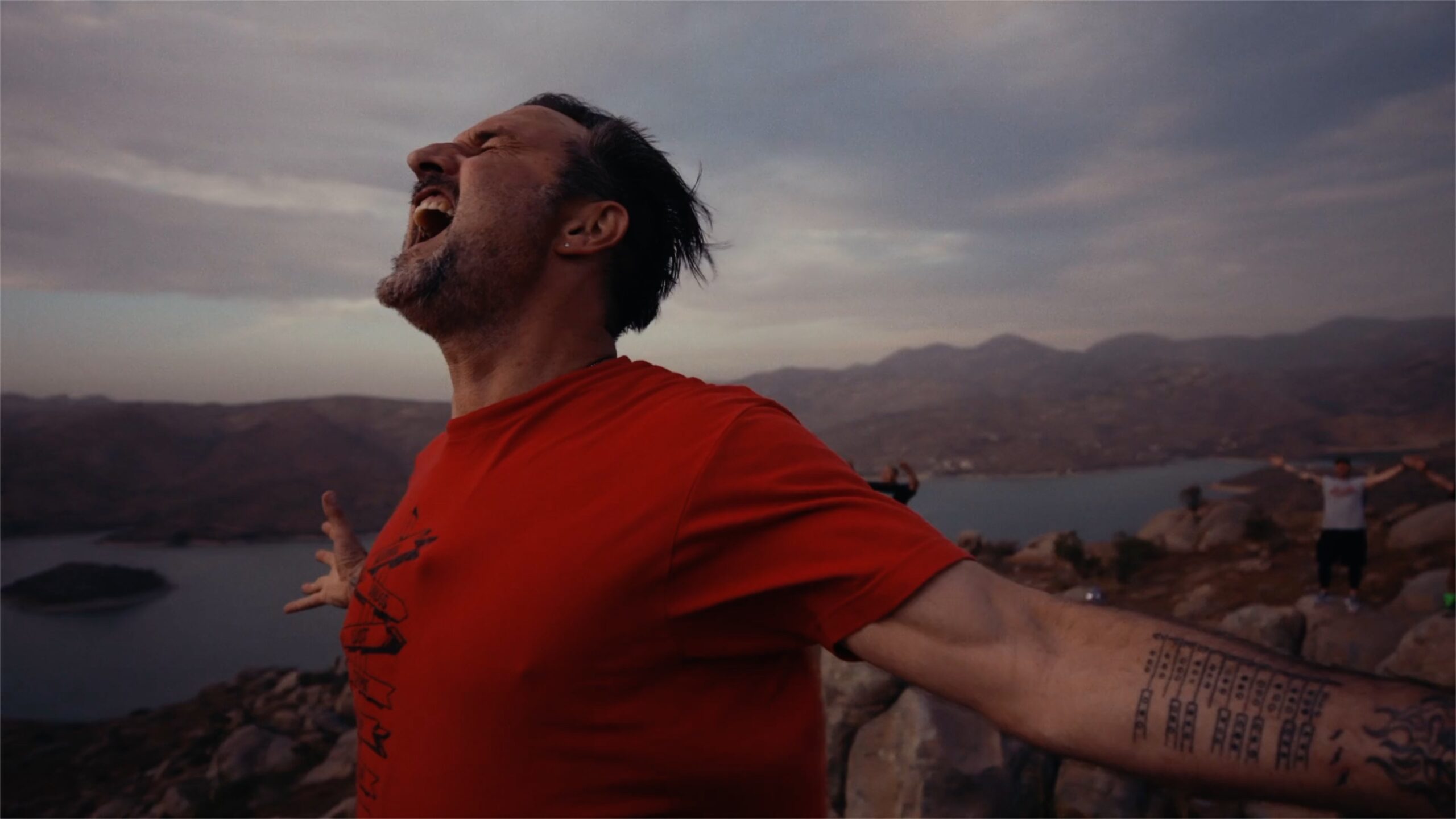 You Cannot Kill David Arquette is a film with a fantastic hook.

Actor David Arquette is perhaps best known for his part in the Arquette family of actors, for his brief marriage to Courtney Cox, and for a series of roles in 1990s films, including the Scream series. But he’s also known as perhaps the most unlikely champion in the history of professional wrestling.

Arquette had a bizarre run-in with professional wrestling in the waning days of WCW, when in an ill-conceived move to promote the Arquette-starring 2000 WCW tie-in movie Ready to Rumble, he was given a brief run as WCW World champion in April of 2000. The move outraged wrestling purists- a larger cohort than you’d think- and was remembered as one of the low points that led to WCW’s ultimate demise.

The You Cannot Kill David Arquette documentary, directed by David Darg and Price James, debuts this week at the Fantasia Festival, with a release to follow August 28. The film follows Arquette, nearly 20 years later, deciding to give the wrestling business another go- this time as a legitimate and respected wrestler, and not just as a laughable sideshow. It’s important to Arquette to earn back the respect of the wrestling world, from fans to fellow wrestlers, and that the only way to do that is by getting back in the ring.

Doing this would, contra to the title, almost kill him.

We’re re-introduced to Arquette, who’s now in his late 40s, with his acting career on the wane, and struggling with sobriety. He’s long-divorced from Courtney Cox, but still on good terms with her, and re-married to a much younger woman who sort of looks like her. He also, not long before his return to wrestling, suffered a heart attack.

Arquette’s 2018 wrestling comeback, which took place in the independent circuit as well as in a sojourn to Mexico, seemed heavily inspired by Andy Kaufman’s famous “I’m From Hollywood” schtick, and Kaufman’s Memphis feud with Jerry Lawler. It was a showbiz figure showing up in an indie wrestling promotion, and emerging as a heel battling with the “real” wrestlers who considered him a fraud.

The actor’s return wasn’t quite as high profile as his first wrestling run, but it did make news when, in a “deathmatch,” his throat was cut with a glass tube, leading to a trip to the hospital.

Especially at this point, anyone watching is sort of torn between rooting for Arquette and wondering whether what he’s doing is such a great idea. But ultimately, the actor wins us over- and judging by his memorable part in another Fantasia film, 12-Hour Shift, his acting career isn’t quite at its end, either.

The Arquette family is way more interesting than you think they are. They have a unique family story, which began on a commune. David’s sister Roseanna, is one of the most interesting people I’ve ever interviewed. His other sister, Patricia, has an Oscar, while a long list of her True Romance costars don’t. And his late sibling, Alexis, was one of the first prominent Hollywood figures to undergo a gender transition. And that’s to say nothing of the family’s multiple religious conversions…

Whether you were a pro wrestling fan in the ’90s or not, You Cannot Kill David Arquette will make you root for David Arquette in a way you never thought possible.

This is The End: Quarantine Re-watch