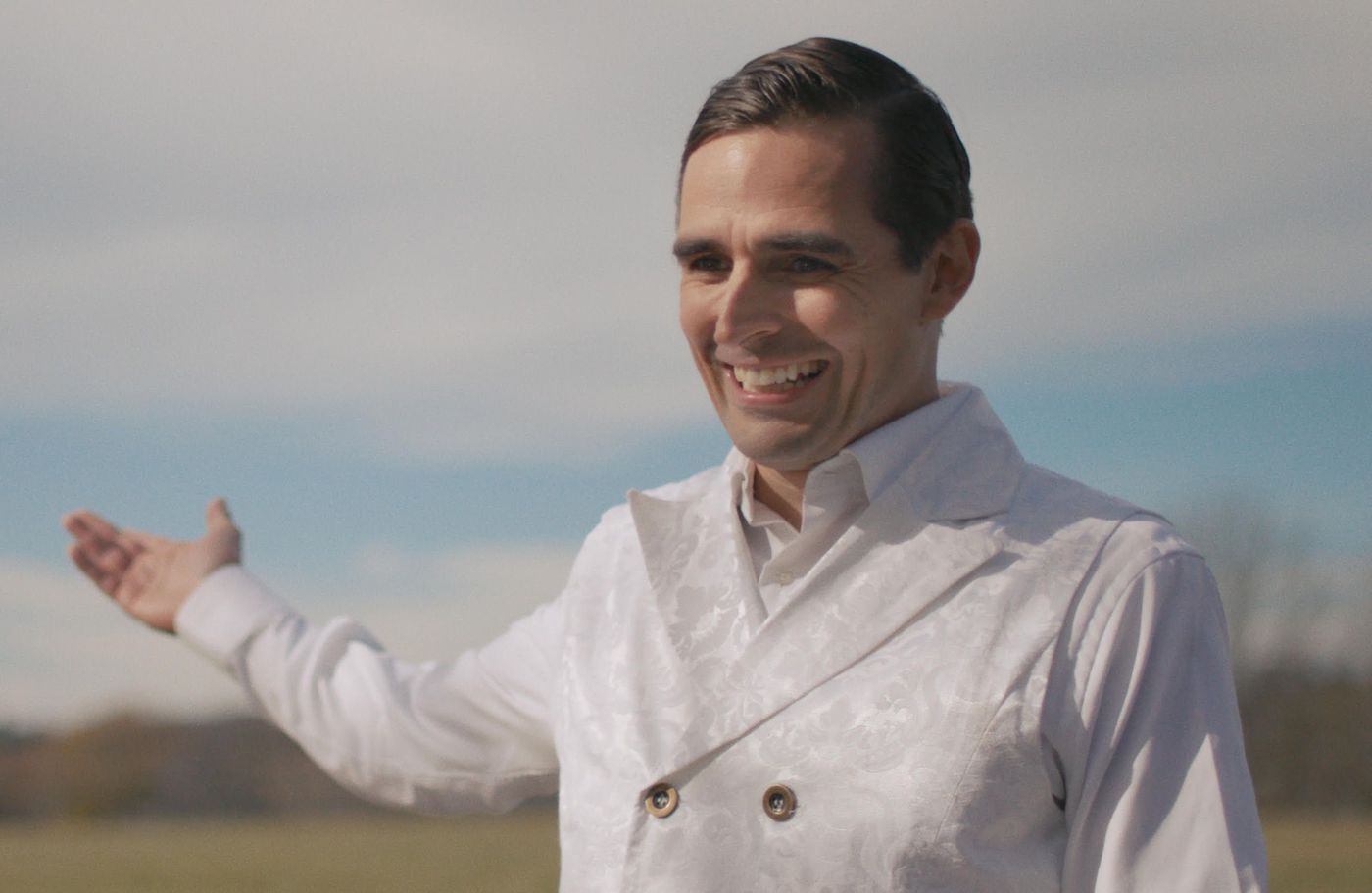 A man (Anthony Arkin) is enjoying a picnic by himself. The meal is unusually idyllic, replete with wine, bread, grapes, horseradish, and ham presented in a picture-postcard manner. Then in the distance, another man (Jacob A. Ware) slowly approaches Lawrence of Arabia-like.

They have a brief conversation that centres around the second man needing some horseradish for him and his friends, who we cannot see but is told a number in the hundreds. Already, it’s clear that something strange is going on. Something very strange indeed. Over the course of nine topsy-turvy minutes (which is best seen going in knowing as little as possible), alternating between wry humour, absurdism, and puzzle-making, You Wouldn’t Understand, playing as part of the Fantasia Film Festival, is a delightful slice of playful science-fiction.

The confused Arkin and the dapper yet overly mannered Ware make for a fascinating pair, building up the tension through a central conversation that holds our interest despite being rather confusing in content. Stressed by percussion and synth-heavy music, as well as rapid changes in pace and tone, You Wouldn’t Understand goes by in a brisk yet entertaining nine minutes.

Due to the circular nature of the short, it could conceivably be watched forever, our understanding of the deceptive narrative improving with each subsequent watch. It’s worth paying attention to the way wide-angles and long-distance shots are used to suggest this sense of time repeating itself, while close-ups are deployed to suddenly add tension to an ostensibly innocuous setup. Set in an uncluttered, pastoral countryside scene, with clear blue skies, bright green grass, rolling hills, and luscious woods, and with characters clothes skewing towards white and beige, the film suggests that the action is taking place in an idealized, semi-unreal world, allowing the film’s more allegorical aspects to come to the fore.

Trish Hernatiaux, working off a script by herself and Jacob A. Ware, allows the short form to speak for itself, allowing for strangeness while realizing there’s no need to over-explain things. With the ending making us reconsider everything that we have heard before, the short welcomes VOD streaming and repeat plays to pore over its pleasures again and again. But as the title suggests, You Wouldn’t Understand, filled with references to many things off-screen, as well as things that have happened or are going to happen many years before or since, is a deliberate attempt to play with science-fiction tropes, satirize them, and toy with the audience’s desire to tidily resolve the narrative. It asks you to try and figure it out at your own peril, caught, like its own story, in an endless loop trying to piece it all together.

Fantasia 2020: Clapboard Jungle Shows One Man’s Struggle to ‘Make It’