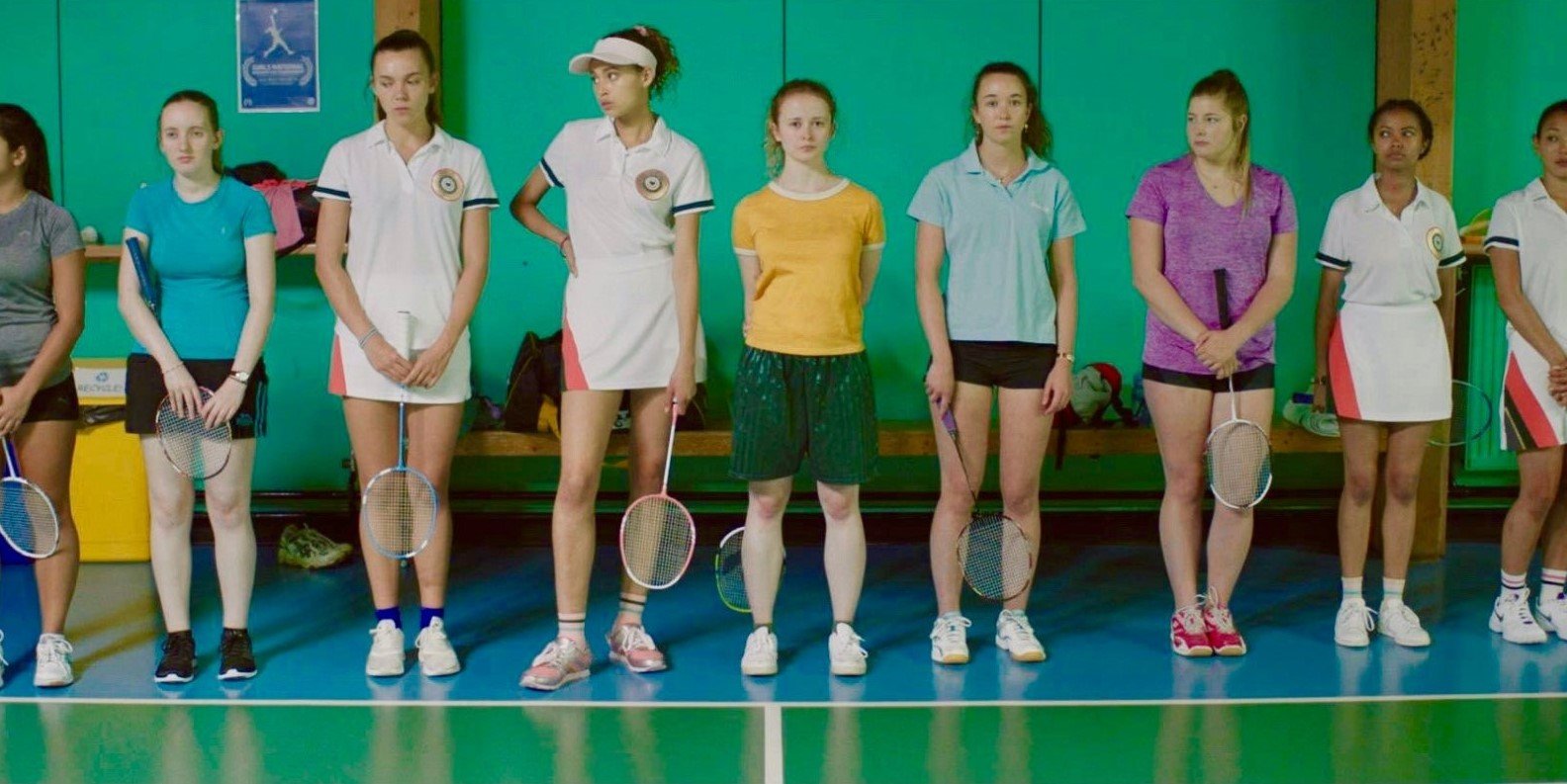 Directed by Johnny Kenton, this 33-minute film is an unexpected breath of fresh air. Dead Birds (2018) follows the story of Elsa Evans (Shannon Tarbet) as she struggles to rectify her tense relationship with her mother, works to prove she deserves her spot on the school’s badminton team and rediscovers her faith in a higher power. Although the movie was originally released in 2018, it’s making its Canadian Premier at this year’s Fantasia Film Festival. The work is listed as science fiction on the festival’s website, but don’t let that fool you. Dead Birds is packed with teen angst, self-discovery, and a surprising amount of horror, though not where you might expect it.

While Dead Birds does feature some grisly scenes of gore—like a woman stepping on shards of glass and another losing an eye in a badminton game—it’s the sinister relationship between the mother and daughter that’s the most unnerving. Elsa isn’t a particularly good badminton player, and the movie opens with us discovering that’s she’s only an alternate on her school’s team, much to the disappointment of her coach and her mother, both of whom are fixated on glory days passed. Suzy Evans (Tara Fitzgerald), on the other hand, is a former five-time consecutive badminton winner. Her home is lined with medals and cups, as is the school’s trophy case, celebrating her past victories. Everywhere Elsa turns, she’s reminded of her mother’s achievements and her failure to measure up. In one especially uncomfortable scene, her mother forces Elsa to put on her old uniform so she can “see what winning looks like on [her].” Despite the uniform being visibly too small, and tearing from the effort of her trying fit into it, Suzy laughs at her daughter’s humiliation and shouts for her to force it on. At the film’s conclusion, Elsa and her mother face-off, and the results—while unsurprising—are satisfying to watch.

Dead Birds also sheds light on the often isolating experience of being a young, queer, woman. Throughout the film are clues pointing to Elsa’s queerness—which is confirmed in the movie’s conclusion—such as the not-so-subtle triangle tattoo she sports behind her ear, the lingering looks she gives to one of her teammates, and even the language that Saint Sebastian (Luke Newberry) uses to describe the girls. Additionally, the girls at her Catholic school treat Elsa as an outsider, often asking her why she’s there, laughing both behind her back and to her face, and making a point to leave her out of group activities and social engagements. At first we believe Elsa’s othering by her peers has to do with her performance in badminton, however we see a similar situation developing between the girls at their star player, Rose Wheeler (Synnøve Karlsen), who’s another queer teen.

The film also looks at female rivalry, and how it can cause intergenerational trauma. Elsa has been conditioned to seek excellence because of her mother’s past struggles and accomplishments. Elsa is often shown as being belittled by, and pitted against, the very woman who should be helping to uplift her. Additionally, Dead Birds examines the rivalry between Elsa and her other teammates. While they share the common goal of winning their championship, the girls on the badminton team are frequently shown in competition with one another. Rose is perpetually painted as Elsa’s biggest rival due to her undefeated status for the season, even though she’s Elsa’s only friend, and the challenges presented to her by Saint Sebastian are designed for her to sabotage (and physically injure) her own teammates.

Despite a few technical issues with the special effects makeup application, the film is visually a joy to watch. The camera angles and lighting help this movie feel grounded in reality, even during scenes that are telling us otherwise. The music, while sometimes unconventional, works with the tone of the piece. Striking choral music paired with popular hits make for unexpected pairings but serves to effectively set the mood and establish tone. Tarbet’s performance helps us sympathize with Elsa’s plight, and Kenton’s direction helps humanize her even at her character’s worst of times. Audiences can’t help but root for the story’s underdog, even when her unhinged actions leave audiences feeling uncomfortable and tense.

Dead Birds is a gut-wrenching film with a surprise ending that will leave audiences feeling horrified, vindicated, and glad they caught it at this year’s festival.