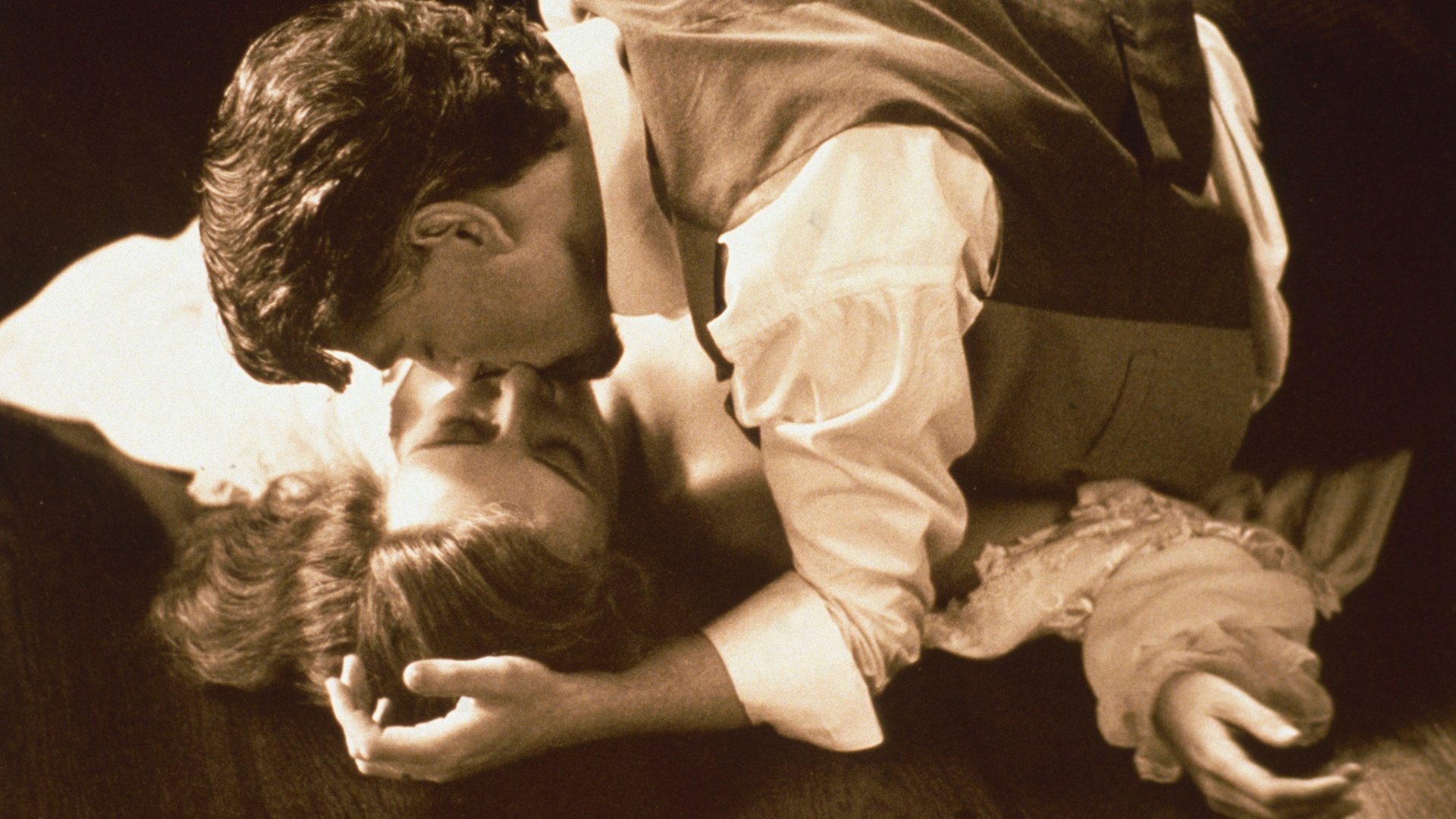 No one probably expected Kenneth Branagh’s follow-up to Henry V to be a black and white neo-noir dark romance with gut-wrenching psychological thrills. Dead Again is equal parts suspense and supernatural puzzles, but also a very strange send-up to classic Hollywood and Hitchcock.

Alternating between Los Angeles in 1949 and the city in present-day, Mike Church (Branagh), a former cop working as a private investigator is asked to investigate the identity of a mute amnesiac, who he names Grace (Emma Thompson). She’s suffering from terrible nightmares about the brutal murder of pianist Margaret Strauss (also played by Thompson) at the hands of her composer husband Roman (also Branagh) in the late 1940s. As Mike and Grace search for her true identity, they come to believe, with the help of a shifty hypnotist (Derek Jacobi) and former psychiatrist Doctor Crazy Carlisle (Robin Williams), that Grace was Margaret in a past life.

Dead Again hasn’t exactly aged well (Campbell Scott roundhouse kicks Branagh in a fight scene without any irony) but the fact that it’s over 20 years old and its twist ending is still stunning is a testament to the kind of film Branagh set out to make. Early in the film, we’re presented with a quirky story, odd characters, and a strange mystery, but by the time Franklyn hypnotizes Grace, the oddness slips into plan terror.

The brilliance of Dead Again is that along with a deft script, the real psychological fear is hidden in the small moments. Hands down, one of the most terrifying scenes is Mike’s Freudian slip halfway through the film. After discovering that he is possibly the reincarnated Roman, he and Grace get into a vicious fight. As they struggle over a gun, he shouts, “I would never hurt you, Margaret.” Grace’s shocked reaction mirrors the audience’s. It’s a genuinely chilling moment, perhaps the best of the film; up until that scene, we view the film through Grace’s eyes and ask the same questions she was. Is Grace crazy? Is Mike capable of murdering her like Roman did Margaret? When Mike lets those words slip, we believe in that instant that he is capable of anything.

Branagh makes the difficult premise accessible for the audience because he never takes himself or the plot too seriously. “On occasion, hypnosis can lead us to our past lives,” Franklyn tells Mike early in the film. “You expect me to just run with that?” Mike asks incredulously. We’re right there with him, but as the plot moves along, we become as twisted up as Grace. The mix of old Hollywood and psychological fear is a heady choice that works shockingly well.

When a cast like this comes together, you expect a lot and there are some truly brilliant moments. Thompson spends the first half of the movie mute and manages to convey anguish, fear, and terror. Branagh, of course, is always a welcome presence on screen. Many of the scenes, though, belong to Jacobi. As Franklyn, he gets most of the deliciously over-the-top moments.

Dead Again remains one of the most affecting psychological thrillers for its ability to mix noir and horror. Those moments are subtle, easy, and offer the viewer a unique take on a genre that can often feel heavy-handed.