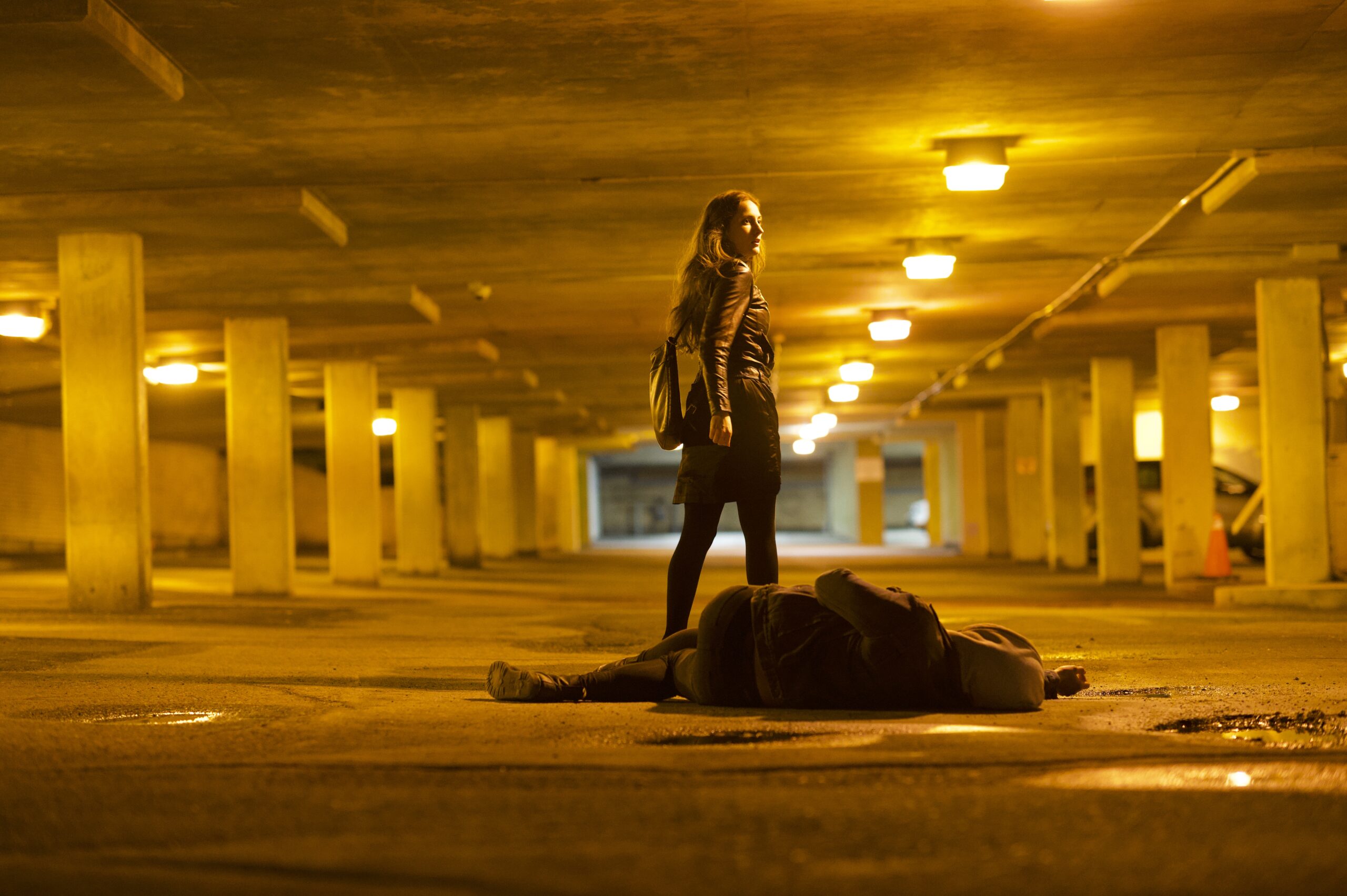 Exact in where it wants to twist the knife, Tara Thorne’s feature directorial debut, Compulsus, pulls no punches in its swings at the patriarchy. A revenge-fantasy that turns the tables on all men without prejudice, Compulsus switches the power dynamics between men and women, offering up a view of the oppressed-turned-hostile where victims become the ones doling out unserved justice. Provocative in its subject matter, Thorne doesn’t fully form her thesis but the anger and helplessness fuels an incendiary dive into what it’s like to walk around as a woman in contemporary society.

There’s an immediate abrasiveness to Compulsus that never quite lets up. It’s not completely unlike Sam Levinson’s Assassination Nation in its insistence on leaning into the conversations and content that will make its intended targets furious. A spoken-word poet, Wally (Lesley Smith) finds her and her friends often discussing the ways in which men wander around abusing women without any sense of consequence. An open secret that no one denies, it creates a hostile environment at every turn as women feel they cannot speak up due to the overwhelming power that men hold. That is, until Wally takes matters into her own hands and mercilessly beats up a nameless, faceless man in the streets.

That single act and the lack of consequences that follows turns Compulsus into a much broader conversation about what goes on that is unreported. A date with Lou (Kathleen Dorian) cements as much, as the court reporter finds herself enthralled by Wally’s actions and is privy to knowing whether people suspect her or not. As Lou becomes entangled in Wally’s vigilante crime spree, Thorne’s screenplay feels less about women being abused by men seeking justice and more about how violence is enabled and fostered.

Unfortunately, that seems to take the fire out of Compulsus while still maintaining a certain level of anger and frustration within its antihero. The movie barely goes beyond the obvious to a point where it has nowhere to go but away from its central conceit. There’s nothing in terms of character depth to Wally, only ever expressing herself truly with slam poems in front of a large audience, while cutting her emotions off from those around her.

Wally is a character that takes on a just cause in a violent way and continues to do so not because she’s getting away with it, but because it provides attention. Her acts of vengeance draw celebration from the victimized, but her martyrdom seems half-baked at best. The violence and subsequent lack of consequence seems to spur on people, but the film is not built to wrestle with what happens to a world where violence is met with violence. It’s a microcosmic situation with a character that has no significant depth and a screenplay confined to that character’s drive that hinders Compulsus from being more than just incendiary.

Coming into a tense situation ready to kill is one thing, but Thorne’s screenplay rarely feels like it knows what to do after Wally’s initial act of violence. It doesn’t wander into a gray area and instead just asks the simple question over and over: do the ends justify the means? In this case, Compulsus doesn’t have the answer. It has a call to arms that feel recklessly presented even though the concept is discussed ad nauseum throughout the film. The fact that Compulsus just doesn’t seem to have an ounce of care in its body for dissenting opinion is why its headstrong messaging feels foolhardy and not the rousing, abrasive film that its self-serious tone presents itself to be.

Day Shift is a Sun-Soaked and Bloody Delight

The Kentucky Fried Movie: A wild Anthology Movie, Very Much of its Time