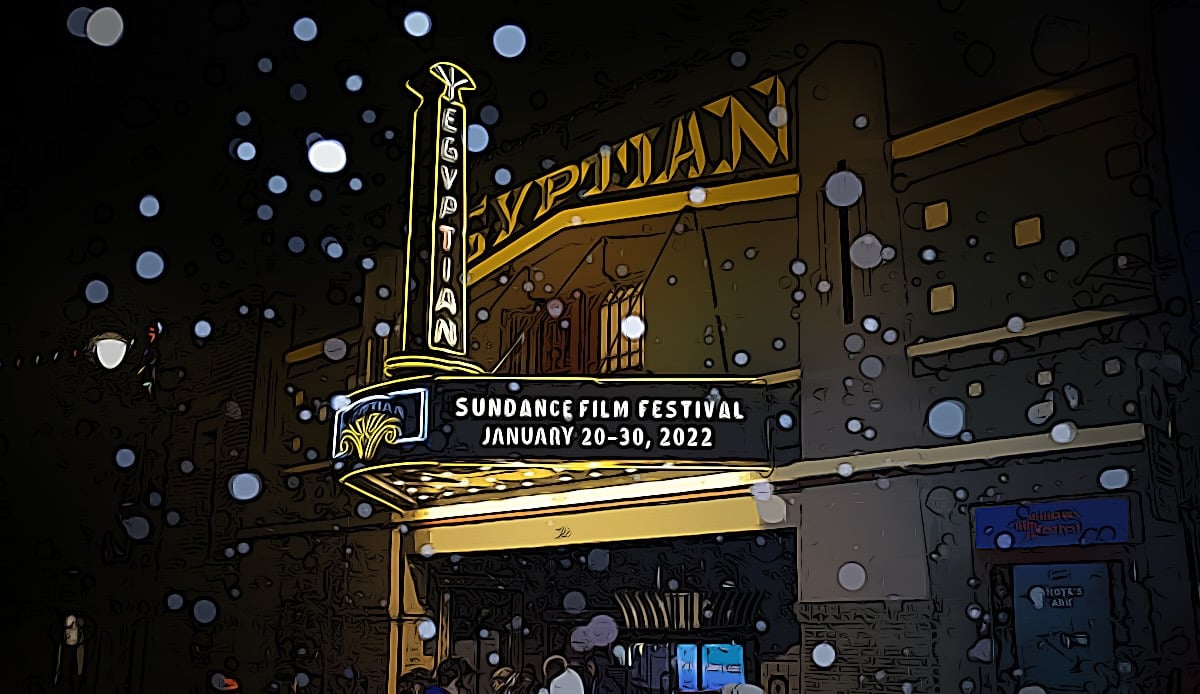 What looked to be a rocky start as the 2022 Sundance Film Festival found itself pivoting weeks away from its start date from a hybrid in-person and online festival to a completely virtual one, this year’s Sundance managed to further solidify the resiliency of film festivals in the midst of a pandemic. With a wide slate of films from a diverse group of filmmakers, this year’s Sundance showcased an incredible selection of films that crossed multiple genres and set the groundwork for what to expect from cinema in the year to come. With that said, we had the opportunity to cover the festival virtually again this year, and below is a list of our top picks from the festival.

In his second feature, Kogonada takes the sci-fi trope of asking ‘what is human and what is machine’ and manages to give it a fresh perspective. After Yang is an enthralling futurist exploration of our connections to our past and the environment. Kogonada displays his inescapable knack for entrancing imagery that guides up through his mesmerizing journeys in search of the ineffable. After Yang blends elements of Spike Jonze’s her and Steven Spielberg’s A.I. with Kogonada’s own brand of organic contemplation. It’s a special film that, like its malfunctioning subject, considers not only the intellectual dilemmas but the beauty of life. (Kent M. Wilhelm)

The ecosystem of New Delhi exemplifies the ways in which humans play a massive role in the lives of the wildlife that roam the streets below and the skies above. In Shaunak Sen’s sophomore feature documentary, All That Breathes, he hones in on two brothers trying to do their part in helping the birds that are pervasive in New Delhi but ignored by animal care professionals: the kites. These predators find themselves greatly affected by the city’s increased pollution and changes, falling from the sky at an alarming rate. All That Breathes patiently captures the environment’s effects on the birds while following two brothers that find themselves exhausted from the futility of their efforts.

Sen’s film elegantly captures something difficult to portray in a positive light. An urban ecosystem of animals that have been able to survive for so long being forced to adapt at an exponential rate in order to keep up with a rapidly changing environment is not going to be an easy pill to swallow. Even in its moments of relief, there’s always the knowledge that things will just get worse. All That Breathes is an insightful watch because it recognizes that small steps are still progress and can eventually lead to breakthroughs that can have a larger impact than ever dreamed. (Christopher Cross)

There are going to be SO many movies in the next few years about “cancel culture,” most of them likely centered on the men who were sidelined by their misdeeds, whether sexual misconduct or something else and those men’s quests for redemption.

And once that wave arrives, I expect most of those movies won’t be nearly as witty, audacious, and hilarious as Babysitter, the French-Canadian dark comedy from director/co-star Monia Chokri.

Sure, the film goes in some bizarre, unfortunate directions, and the editing is choppy to the point of being almost incoherent at times. But I didn’t care, because I was laughing way too hard. (Stephen Silver)

Jim Archer’s Brian and Charles is a delightful story about the joy that can come from things we toss aside. Shot in the documentary style of The Office, Archer follows Brian as his crude robot Charles (voiced by Chris Hayward) comes to life, learns to speak and eat cabbage and eventually yearns for a life outside of the confines of Brian’s rustic home. With dry British humor, Archer delivers a gentle and silly comedy that is worthy of joining the illustrious British comedic pantheon. (Kent M. Wilhelm)

Maria Loohufvud and Love Martinsen’s Calendar Girls is a remarkably assured debut. The film is a sincere, poignant, and delightful look at the eponymous Calendar Girls, an all-female dance team of seniors who raise money for service animals that aid veterans. Calendar Girls shows that we all contain multitudes. These women are caring grandmothers but also get together for wine, cheese and mortality parties where they discuss how they would commit suicide. The film offers an important message to all ages: reclaim your life before it’s too late- because you never know when too late will be. (Kent M. Wilhelm)

A series of escalating confrontations is only the beginning of what makes Julian Higgins’ staggering feature debut, God’s Country. Strengthened by Thandiwe Newton’s empowering, no-nonsense performance as a character tired of being trampled on in every situation, God’s Country is an immensely layered film. Chock-full of everyday prejudices and an unwavering tension, Higgins’ film is a bleak, thoughtful, and unnerving thriller that punches up with a ferocious determination.

There’s insightful commentary in God’s Country on the way rules get bent and guidelines ignored leading to a cyclical series of events where the oppressed stay oppressed. It’s underscored by Newton’s performance as the seemingly unbreakable Sandra. She’s a force to be reckoned with and a moral center that counters the corruption and immorality surrounding her. Higgins lets Sandra’s fury consume the screen and, even in the quietest of moments, Newton is imbuing the character with a cocktail of sadness and anger that fuels her every decision. It’s a knock-out performance from Newton who is given a character so strong, independent, and emotionally resonant that it gives the darkness of God’s Country a human element to power itself. (Christopher Cross)

Poher’s film is bookended by those two flights — the one on which he suffered the effects of the poison, and then the one after which he was arrested — and covers some amazing stuff in between.

But the bulk of the film has a front-row seat in dealing with Navalny’s investigation of the poisoning, while in exile in Germany, with help from journalist Christo Grozev, of the media outlet Bellingcat. This leads up to what is certain to be the best documentary scene of the year.

Navalny and his team have figured out the names of the agents who carried out the poisoning, and one by one, they call them up. For one of them, in what amounts to a prank call, one of the poisoners admits to his part on tape. It’s not only riveting, but it’s historically important stuff. (Stephen Silver)

I thought a lot about Nixonland when I watched Riotsville USA, an astonishing documentary from filmmaker Sierra Pettengill (The Reagan Show), an archival researcher-turned-director.

It’s a doc that follows events from the 1967-1970 period, the period that’s been very well-documented, by nonfiction films and other media. But Riotsville USA looks at some of the lesser-known events from the period- and just like Nixonland, a lot of things happen that are reflected in the headlines of today.

This all happened before my time. But I’ve read a lot of books about this period, and even took a course in college called “The ’60s.” I had never heard of the Riotsvilles, nor had I ever seen footage of them, which this film shows us. (Stephen Silver)

Produced by Darren Aronofsky and the Uru-eu-wau-wau community, The Territory is an unflinching look at an entire culture being quickly destroyed right before our very eyes. Utilizing footage shot by his crew and the Indigenous Uru-eu-wau-wau people, Alex Pritz’s documentary follows both sides of an environmental conflict that will have global and local ramifications if it goes unchecked. A harrowing, tense, and often frustrating experience, The Territory is an unmitigated success in capturing both sides of a problem and empowering those less capable and helping a worthy cause.

What makes The Territory such a fascinating film is that it lets the audience know upfront why non-native Brazilians are trying to take land from the Indigenous. Video evidence of emboldened land-grabbers from the documentary team highlights a mentality spurred on by politicians like President Jair Bolsonaro that invites people to take the land they believe they are entitled to. The kind of unparalleled access that Pritz and his team have when filming emphasizes that entitlement – so confident that the land will be theirs that they will let film crews come in and even let them watch as they burn the forest or begin building on the land.

Though The Territory does not inherently take sides, it’s quickly evident that the documentary is a call to action on behalf of the Uru-eu-wau-wau community. Interviews with people in the farming association and those striking out on their own to destroy the rainforest only accentuates the desperation of the Indigenous people in the face of those egged on by politicians with dangerous rhetoric. It’s a film with two sides and gives both of them an equal platform, but in the end, it is a co-production with the Uru-eu-wau-wau people and the impact of deforestation and genocide is far more gravely portrayed. (Christopher Cross)

The Woman In Black is Deeply Clichéd