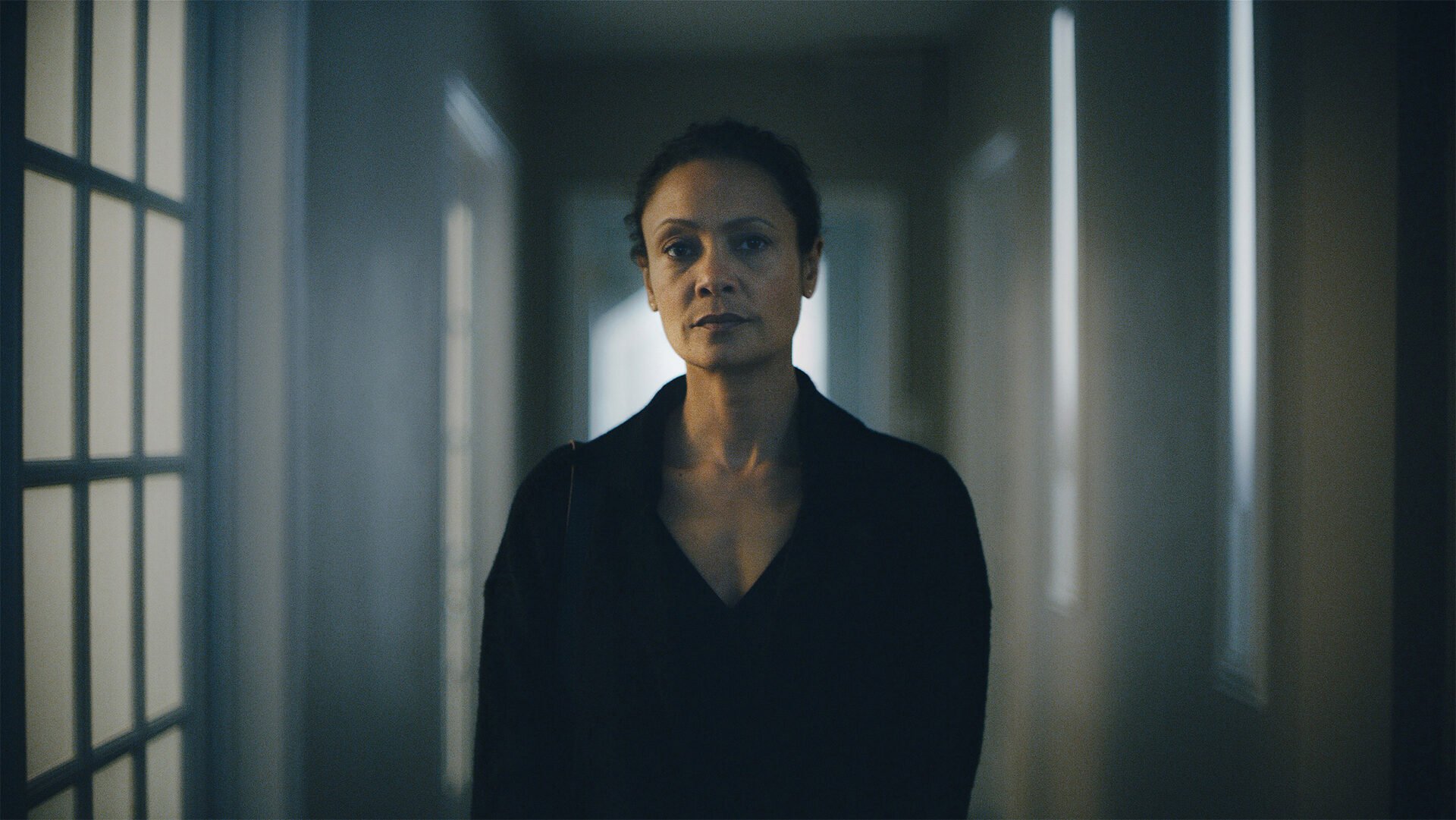 A series of escalating confrontations is only the beginning of what makes Julian Higgins’ staggering feature debut, God’s Country. Strengthened by Thandiwe Newton’s empowering, no-nonsense performance as a character tired of being trampled on in every situation, God’s Country is an immensely layered film. Chock-full of everyday prejudices and an unwavering tension, Higgins’ film is a bleak, thoughtful, and unnerving thriller that punches up with a ferocious determination.

The intensity found in God’s Country is not immediate. At first, Sandra (Thandiwe Newton) is introduced as dependable, strong-willed, caring, and intelligent as she goes through her day as a teacher for the local college. When the college enters the hiring process for a new teacher, Sandra finds herself realizing that all illusions of equality and good intentions within the school and from those around her may be just that: illusions.

It’s when Sandra encounters two hunters parking on her remote property in order to walk up a nearby hill for hunting that she begins to feel completely isolated from society. Toxic masculinity, sexism, and racism quickly take root and Sandra finds herself alone and forced to handle the two hunters on her own if she wants to end being silenced and her pain being ignored. It’s a mixture of political commentary and increasing hostility that turns God’s Country from your run-of-the-mill thriller to something far more enriching at every turn.

Each day that passes brings new wrinkles to the world around Sandra and every day it begins and ends with the fear that the power dynamics will not go unchecked. Microaggressions lead to larger confrontations until God’s Country becomes an inhospitable environment for both its protagonist and the audience. There’s raw anger and frustration that is left behind once the tension in the film finally snaps and it’s unshakeable. Each plot point garners just as much attention as the other, absorbing one another until all that’s left is a fog that engulfs everything in Sandra’s life.

There’s insightful commentary in God’s Country on the way rules get bent and guidelines ignored leading to a cyclical series of events where the oppressed stay oppressed. It’s underscored by Newton’s performance as the seemingly unbreakable Sandra. She’s a force to be reckoned with and a moral center that counters the corruption and immorality surrounding her. Higgins lets Sandra’s fury consume the screen and, even in the quietest of moments, Newton is imbuing the character with a cocktail of sadness and anger that fuels her every decision. It’s a knock-out performance from Newton who is given a character so strong, independent, and emotionally resonant that it gives the darkness of God’s Country a human element to power itself.

Higgins proves himself more than capable of drawing out the tension of a situation rife with social and political issues that underpin its more obvious masculine bravado. It’s a hardened film that allows Newton to give it a heartbeat so that once the film reaches the point of no return, it’s not just tension carrying the film to its conclusion. God’s Country stands out from other thrillers because it finds someone strong and explores the pain of being resilient when the world won’t stop punching down.

Two Incredible Performances Lead the Satirical Honk for Jesus. Save Your Soul.