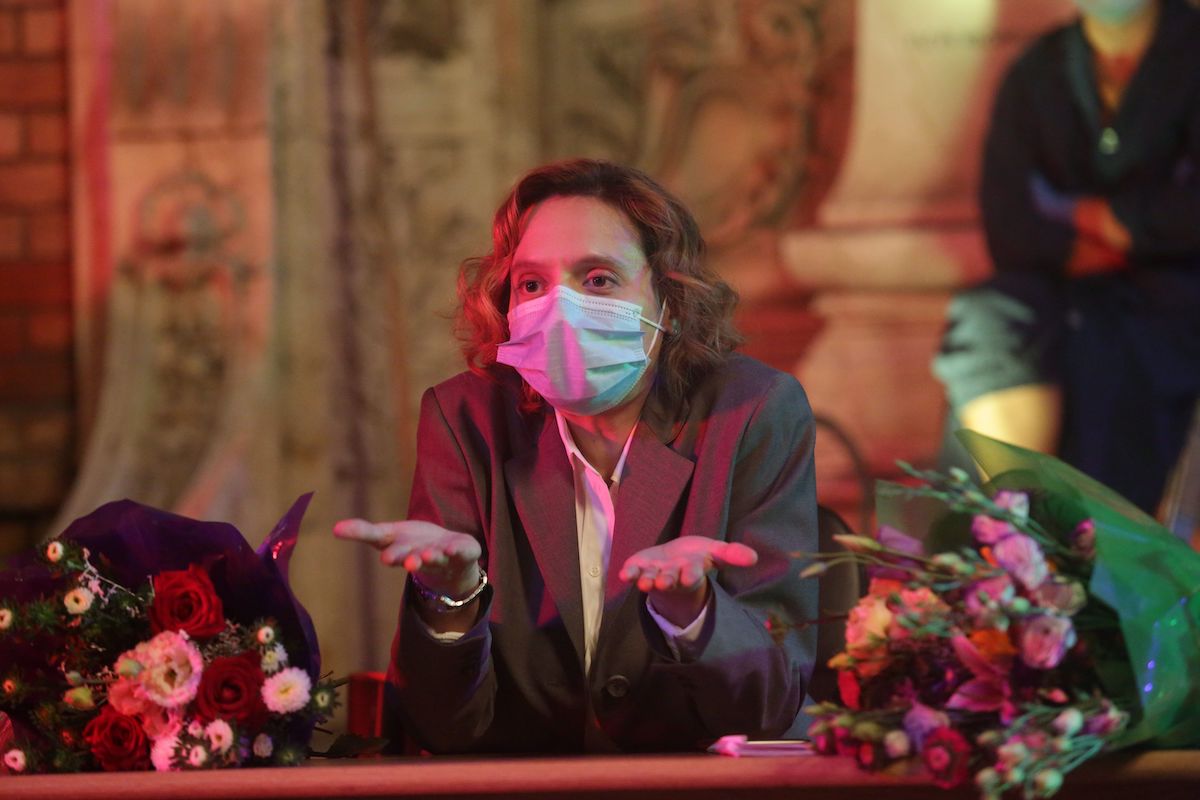 Set during coronavirus, but during the summer where masks and distancing measures are everywhere yet everything else seems to be open as usual, Jude uses the pandemic as an amplifier of existing Romanian tensions, showing how mask-wearing, albeit necessary to limit the spread, debilitates human relations. Characters compare the restrictions to the reign of Nicolae Ceaușescu, the brutal dictator who ran the country for 34 years. We even visit his grand Palace of the Parliament, built by slave labor, with a tour guide’s talk interrupted by tourists taking selfies.

If this all sounds rather dense, suffused with bitter, cutting irony, things get positively opaque during the film’s second part, a silent essay using subtitles to explore all manners of hypocrisies and horrors; covering the holocaust, sexual assault, child abuse, poverty, racism and more. Ulitizing an Adam Curtis-like array of anecdotes and sweeping statements, it shows the director operating at peak, pontificating form. Luckily for the viewer, it’s as thrillingly-made as it is informative, filled with style, attitude and provocation.

While the previous two sections felt like the voice of the director himself, the final section, a play-like discussion of Emi’s behavior, opens things up for debate, adding more voices to an already crowded film. Sometimes the heavy-handed themes and types — like an army officer who won’t hear a bad word against Antonescu or an airline pilot who believes people wearing masks are “sheeple” — can grate; nonetheless their one-dimensional natures help to explore the many facets of Emi, dynamically rendered by Pascuriu. Like Spike Lee, didacticism is part and parcel of Jude’s filmmaking, holding no prisoners when criticising the Romanian government.

He returns again and again to his pet theme of history, explored more academically in Uppercase Print and I Do Not Care if We Go Down in History as Barbarians, and his sincere belief that poor education helps history to repeat itself. The parents are not only upset about the sex tape, they’re also furious that she teaches children “Jewish propaganda” like the fact Romania contributed to the systematic murder of countless Roma and Jews. He uses the metaphor of Medusa, who could only be seen through Theseus’s shield. History, he argues, filled with unspeakable barbarities, can only be seen through the mirror of film. But this mirror seems infinitely distorted by prejudice, leaving no room for real conclusion.

Berlinale 2021: The Great Gifts of Hong Sangsoo Need no Introduction

Berlinale 2021: Mr. Bachmann and His Class is The Most Fun You’ll Ever Have at School