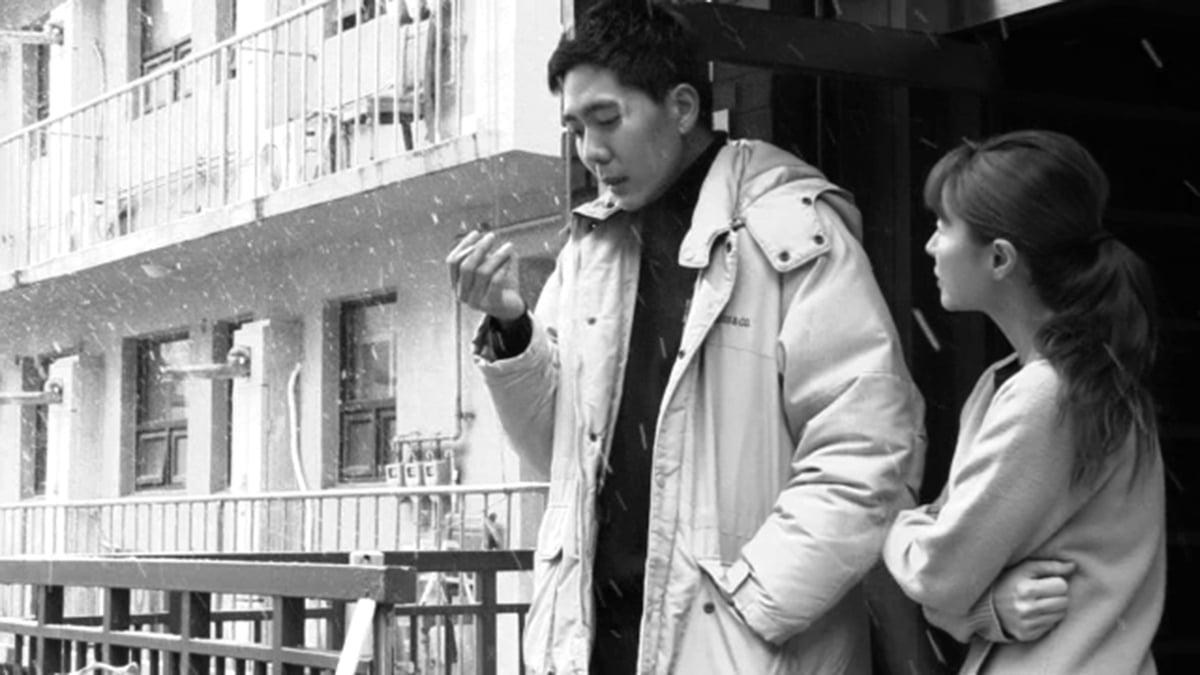 Introduction starts with real prayer, a doctor (Kim Youngho) face down on his desk, and ends with a poetic one; his son Youngho (Shin Seokho) staring at the sea, wishing for a different outcome. The story in-between — straddling actors and painters, mothers and daughters, fathers and sons, Germany and South Korea — lightly interrogates the power of desire, wondering if humanity’s hopes are helpless against the endless crashing of the waves.

For those unacquainted with the director, this is as good an Introduction as any to many of his pet themes: relationships, drinking and the blurred lines between art and reality. For those already in love with the director’s unassuming and naturalist style, they are in for yet another philosophical gem that appears to be about not much at all until it all very cleverly sneaks up on you.

We start in a small clinic that specializes in traditional Asian medicine; herbal remedies and acupuncture. He works diligently, but we can see that his job no provides much pleasure. His son visits, as well as a famous actor (Ki Joobong) — the receptionist gushes over having a superstar in the clinic. Later we travel to Berlin, where Youngho’s girlfriend Juwon (Park Miso) is about to start her studies. At first, the film gives off a slice-of-life anthology appeal, until Youngho suddenly appears, contemplating a move to Germany himself. By the third part, we return to Korea, but by the seaside, tying the two parts into a neat bow.

Through careful ellipses, time passes, and dreams are dashed, the use of omission strengthening Youngho’s personal hang-ups, laid out on the line in a well-crafted, characteristically-Hong drinking scene between Youngho, his mother, his friend, and the famous actor. Awkwardness is a natural state of being for Hong’s characters, who need the power of soju — imbibed at a furious rate — to get to the heart of the matter. The quicker they drink, the shorter the film seems to be, reaching a fever pitch during a relentless drinking session that furiously pulls Youngho’s issues into view. Running a wispy 66 minutes, the film can’t quite reach the heights of The Woman Who Ran or On the Beach at Night Alone — with Hong’s muse Kim Minhee reduced to a small, slightly thankless, supporting role — almost appearing to show Hong running out of genuine ideas.

“Almost” is the operative word here, with Introduction introducing a final conceit that brilliantly brings the movie into view. He throws the prosaic reality off course by refracting the ending through soju-soaked desire; using a plot twist that would be groan-worthy in another director’s hands but lands just right under his careful camera and the high level of detail found in its crucial interaction. This is the perfect mix of realism and magic that has landed him the lauded comparisons to Éric Rohmer; the French master of unassuming profundity. We are left with a peculiar sense of melancholy that few characters even bother to master, showing what great gifts Hong brings to contemporary cinema.

Introduction plays at the Berlin Film Festival, running from 1st to 5th March

30 years ago, Oliver Stone’s The Doors Viewed a Rock Icon from the Vantage Point of the ’90s