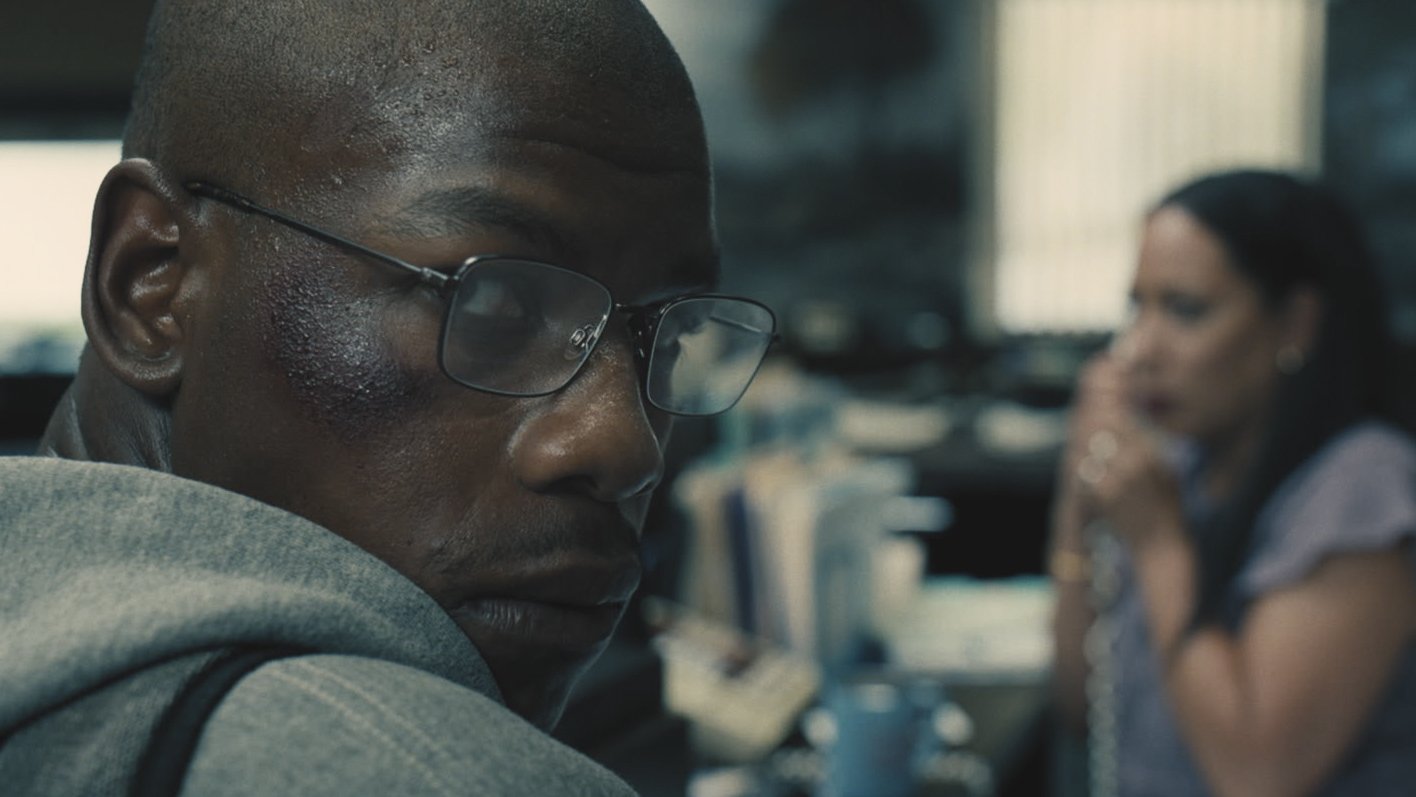 In July of 2017, a Marine lance corporal and Iraq War veteran named Brian Brown-Easley entered a Wells Fargo bank in Georgia and took hostages, demanding access to the disability check that he had never received. Five years later, we have a movie about that day, called 892, featuring a dynamite performance from John Bodega as Easley.

The film, directed by Abi Damaris Corbin and co-written by the director and Kwame Kwei-Armah — and adapted from an article by Aaron Gell in Task and Purpose —  is told nearly in real-time, aside from occasional flashbacks. It’s far from any easy movie to watch, but a worthy telling of the story.

Any film about a hostage situation at a bank can only recall Dog Day Afternoon, and the timing of its Sundance debut can’t possibly avoid bringing to mind the Texas synagogue standoff, earlier in January. But 892 finds a way to be unique- mostly because it never really leaves much doubt as to the direction it’s going. Easley, for the bulk of the movie, seems to know deep down that his desperate plan is doomed to fail and that he’s very likely to end up in jail or dead by the end of the day.

Boyega, with a bald head and very much channeling Denzel Washington, gives the best performance of his career, playing a PTSD-plagued veteran driven to personal and financial desperation. Nicole Beharie plays one of the hostages and Olivia Washington his ex-wife, while the late Michael K. Williams, in one of his final roles, plays a hostage negotiator and fellow Marine. The scenes between Boyega and Williams are probably the film’s most moving.

Boyega, whose breakthrough role was in Attack the Block, appeared in all three Star Wars sequels as Finn, the reformed stormtrooper, and the jerking-around of his arc is one of the biggest disappoints in the trilogy (if you don’t believe me, ask any fan- or for that matter, Boyega himself, who has been rather vocal.) The actor resurfaced in 2020 in Red, White and Blue, one of the better installments of Steve McQueen’s Small Axe series, and now he has another meaty role in 892.

While the script doesn’t act as a full-on defense of Easley and his actions, it has some undeniable things to make about the way America treats its veterans, quick to call them heroes and honor them at football games, but less willing to take care of them once they come home. Also, the Veterans Administration never seems to get any better at tackling its problems, regardless of who is in the White House.

Sure, the film doesn’t tell us as much as it probably should about Easley’s backstory. And there are also plenty of cliches throughout, as the scenes of cops, FBI agents and media bickering with one another during the hostage situation are virtually identical to the way those scenes always are in just about every other movie about a hostage crisis.

But 892 functions as a fine acting showcase for a rising actor and has plenty of worthwhile things to say about its subject.

Every Day in Kaimuki Explores Naz’s Last Night in Town