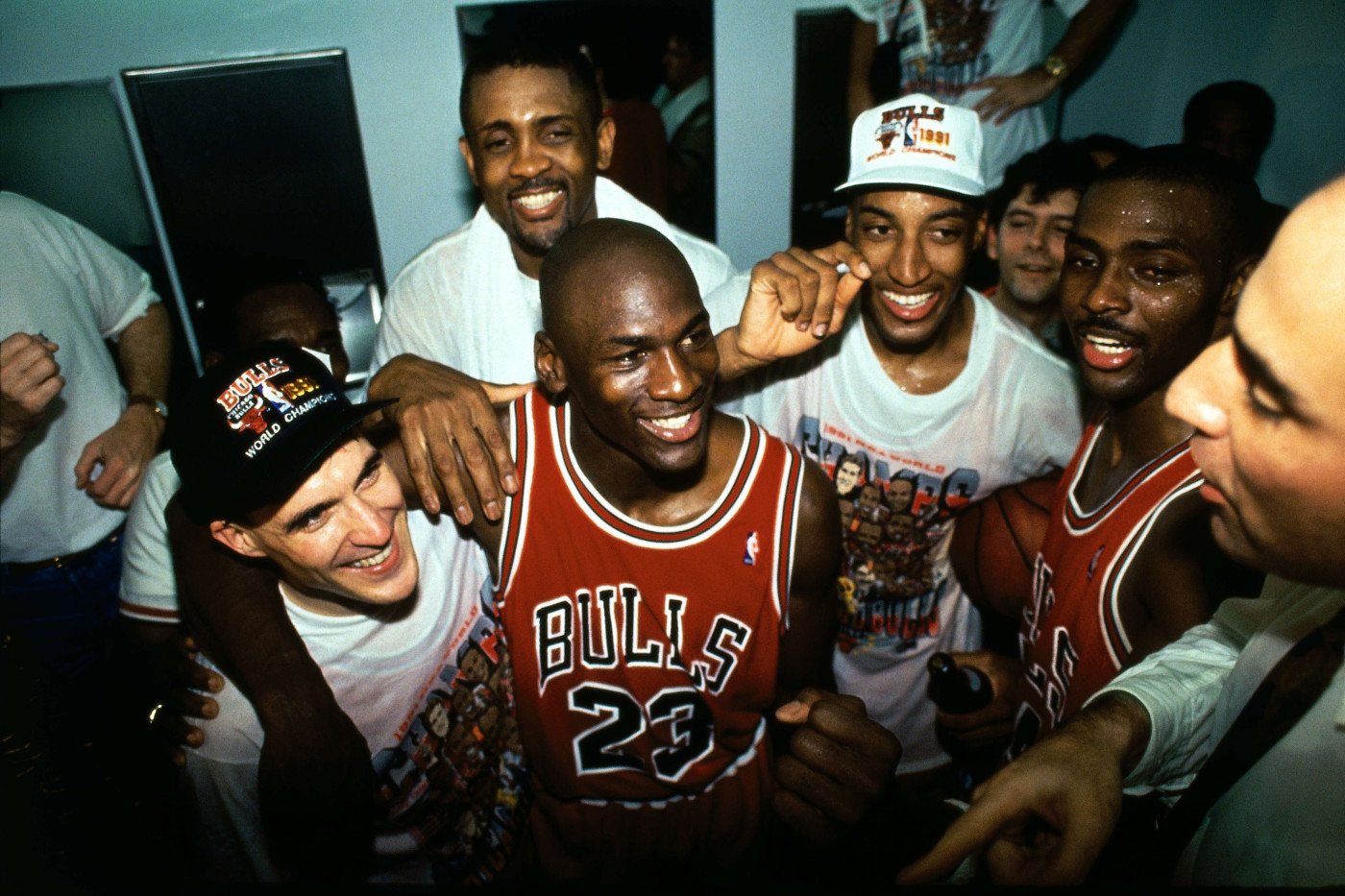 Michael Jordan dominated the National Basketball Association in the 1990s, winning six championships. He lead the Chicago Bulls to two three-peat performances from 1991 to 1993 and again from 1996 to 1998.

Recently, there was a debate with a friend about which team Jordan faced was the toughest challenge. There was no agreement. Here is a ranking of the challengers, which is open for friendly debate.

Earlier in the playoffs, the Bulls got past their hated rival the Detroit Pistons. The Bad Boys of the NBA had been a thorn in the side of Michael Jordan and the Bulls. When the Bulls swept the Pistons to earn their spot in the NBA Finals, it looked like the dominance of the 1980s that belonged to the Pistons and Celtics was an afterthought in the Eastern Conference. However, in the Western Conference, the Los Angeles Lakers were a mainstay in competing for the NBA Championship. Magic Johnson, James Worthy, and Kareem Abdul-Jabbar were an incredibly successful trio for the Lakers winning five championships in the 1980s.

By the time the 1991 NBA Finals came around, the Lakers were slightly different. Jabbar had retired at the end of the decade. Their head coach Pat Riley left the organization. Mike Dunleavy Sr. was hired as the new coach. The Lakers still had Magic Johnson, James Worthy, and Byron Scott hanging around from their glory days in the 80s. Worthy was having the best year of his career averaging 21.4PPG. However, Worthy suffered a high ankle sprain in the playoffs and wouldn’t be able to play in game five of the series.

The Lakers weren’t the best team in the Western Conference, finishing third in the conference. They finished behind the San Antonio Spurs and the number one seed, the Portland Trail Blazers. After winning game one of the series, the Lakers lost four straight to the Bulls. Throughout the series, it was noticeable that the Bulls were quicker and a far better basketball team than the Lakers. Magic played great and had twenty assists in the final game of the series, but with Worthy out of action, there wasn’t much of a chance for the Lakers.

While Scottie Pippen and Michael Jordan may be the most famous NBA duo close behind them is John Stockton and Karl Malone. The 97/98 season was the second battle between the Jazz and Bulls for the NBA Championship. The Jazz would lose both series in six games. The ’98 team for the Jazz was the weaker of the two teams. Stockton’s play started to diminish as this was the first season where he didn’t average double-digit assists. The duo of Stockton and Malone were aging as they were 34 and 35 years old, respectively. Stockton was also starting to deal with injuries and missed almost twenty games during the season.

The Jazz didn’t have much behind Stockton and Malone offensively. Stockton struggled in the series, with his best outing being when he scored 24 points in game one. Stockton remained a great passer and still held his own on the defensive side. However, the lack of offensive support for Malone hindered the Jazz in their attempt to win the championship in ’98.

From a talent perspective, the ’92 Blazers should probably be higher on the list. Clyde Drexler, Terry Porter, and Jerome Kersey were formidable trio for the team. But, the overall execution by the Blazers made the series more lopsided than some may realize. There were several times during the series when the Blazers would go scoreless for long periods of time and failed to put the Bulls away. In game six, the Blazers had a commanding lead with a likely game seven on the horizon, but they were promptly outscored by nineteen points and lost the series in six games.

Danny Ainge played very well off the bench for the Blazers, providing some consistent three-point shooting, and helped the Blazers win game two by scoring six points in a minute in overtime. Cliff Robinson had a letdown of a series and struggled to find consistent shooting. He is also on the receiving end of the famous shrug in game one after Jordan hit six three-pointers.

Led by the entertaining and dominant duo of Gary Payton and Shawn Kemp, the Seattle Super Sonics won 64 games in the regular season. They were the number-one team in the Western Conference. The Sonics almost blew a 3-1 lead in the Western Conference Finals. They were able to get past the Utah Jazz in seven games to get their shot at the 72-win Chicago Bulls. A record until the Golden State Warriors won 73 games during the 2015/2016 season.

After losing to the Orlando Magic the previous year in the playoffs, Jordan returned for his first full year since retirement. Jordan was looking to make a statement and reclaim his title. Throughout the season, the Bulls dominated their opponents, losing only ten games in the regular season. Jordan averaged 30PPG, and the addition of Dennis Rodman as a defensive specialist and rebound master gave the Bulls a much-needed force in the paint. Rodman’s physicality was something missing from the Bulls previously.

The series is likely not seen as a tough match-up because the Sonics went down 3-0. They do make adjustments to force the game to six games. George Karl, the Sonics’ head coach, waited too long to have Payton guard Jordan. While Jordan would still score 20+ points with Payton guarding him, his play wasn’t at the same level as earlier in the series. Shawn Kemp had a fantastic series averaging 23PPG and 10RPG. The Sonics were a good team, but the late adjustments by Karl and the coaching staff hindered them.

What a difference a year can make. John Stockton’s overall play in the 1997 NBA Finals is far better than his performance the following year, scoring double digits in each game and continuing to be an elite passer. Malone’s performances continued to be at an MVP level, but the continued lack of a supporting cast to match the Bulls doomed the Jazz in the end. Greg Ostertag had a good series in the paint for the Jazz and had a breakout performance in game five with thirteen points and fifteen rebounds to go along with four blocks. Byron Russell played well in the series and was a volume three-point shooter, which was rare for the era.

Jordan and Pippen were the major players for the Bulls once again. Rodman didn’t have an overwhelmingly great performance during the series. Toni Kukoc positively impacted each game off the bench to lead the second unit.

The ’93 Suns, led by Charles Barkley and Kevin Johnson, were the deepest team that the Bulls faced during their championship run. Along with Barkley and Johnson, the Suns had several other options. A great three-point shooting threat in Dan Majerle, Richard Dumas, Tom Chambers, Danny Ainge, and Cedric Ceballos. However, Ceballos did not play in the NBA Finals due to suffering a knee injury in the Western Conference semifinals. It’s important to note because Ceballos led the league in field goal percentage making nearly 58% of his shots.

Barkley, Johnson, and Majerle trio was arguably the closest trio to overcome the Bulls trio. Majerle, specifically, should get highlighted because of his ability to hit three-point shots. It can’t be stressed enough how valuable the three-pointer was back in the early 90s, as it was not a high-volume shot. Majerle has a great series for the Suns. If Danny Ainge guards John Paxson on the perimeter instead trying to foul or steal from Horace Grant, the series is likely going to seven games, and anything can happen in game seven.

In the end, the Phoenix Suns were the strongest team to battle the Chicago Bulls, and if they were at full strength with Ceballos, there very well may have never been a first three-peat performance, and NBA history as we know it would be a lot different. 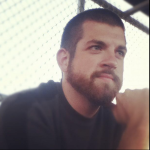