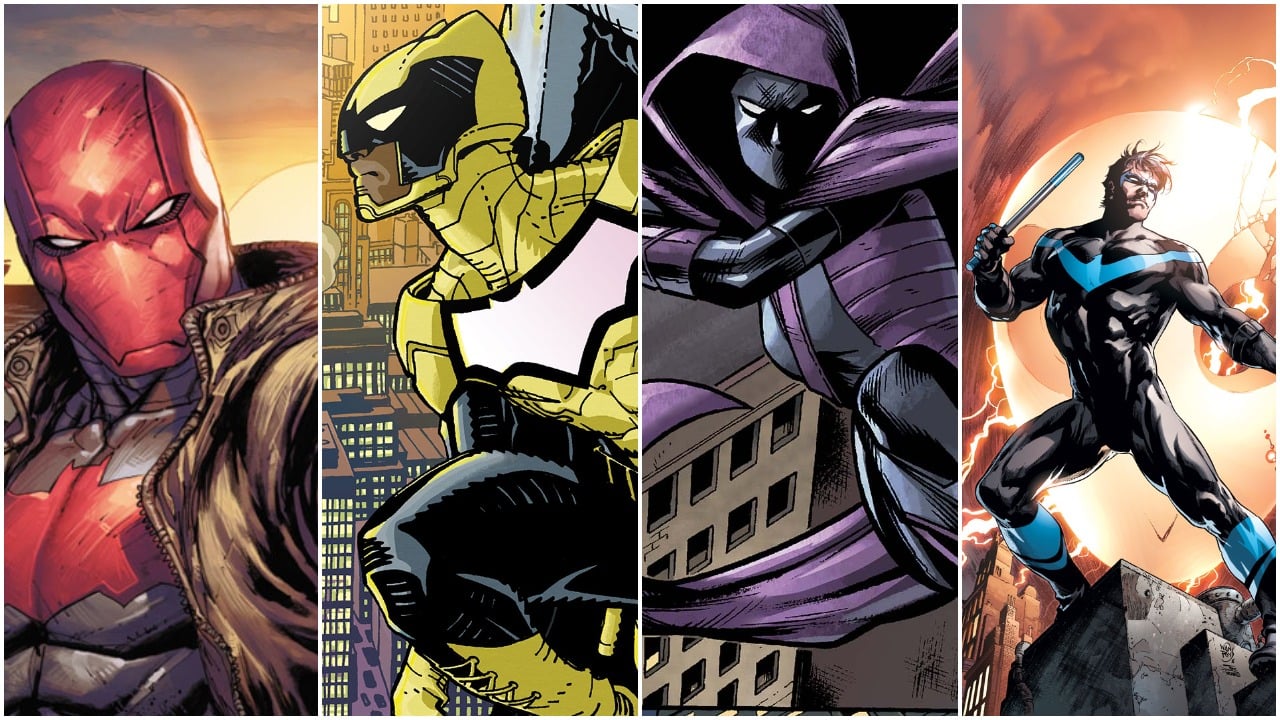 One of the most important aspects of the Batman franchise is the way that it navigates the concept of family. The development of the Bat-Family and Bruce Wayne`s status as an unlikely father figure are central concerns that the comic books, television shows and animated films have made a priority for years.

The story of Batman is, in many ways, primarily a story about family. The loss of Bruce Wayne’s parents is the initial motivation behind his crime fighting, and he spends his life developing a strong and complicated chosen family unit after having his biological parents taken away from him. In addition to Bruce’s unconventional family unit, the series is also seriously invested in the topic of family more broadly. The concept of the “great founding families” of Gotham and the city’s intense fascination with legacy and family histories is the focus of many of its plotlines. Stories like the Court of Owls, the Gates of Gotham, the Penguin’s relationship with the Cobblepot legacy, and Bruce Wayne’s own connection with the Wayne and Kane legacies all develop Gotham’s particularly complicated relationship with these issues.

The fact that family is a central topic to so much of the franchise makes it surprising that major live-action Batman films seem hesitant to put any of Bruce Wayne`s countless protégés and apprentices onscreen. While the animated films, television shows and comic books are constantly grappling with what family means to Batman – and particularly with his complicated relationship to the countless orphans and outcasts that he takes in as apprentices – the Bat-Family representation in live-action films is strangely lacking.

As of the release of The Batman (2022), there have now been eight major live-action Batman films since 1989 – not counting Batman V Superman (2016) or films like Justice League (2017) where Batman is featured but not the main focus. For the most part, Batman`s role as mentor or father figure and the concept of the Bat-Family has been almost completely absent from these films: with the exception of Batman Forever (1995) and Batman & Robin (1997), there has been no exploration of this major part of Bruce Wayne`s life.

Batman`s relationships in these films have been more or less confined to his adult mentors like Lucius Fox and Alfred Pennyworth, colleagues like James Gordon, or lovers like Talia al Ghul and Catwoman. Key characters like Tim Drake, Jason Todd, Duke Thomas, Stephanie Brown, and Cassandra Cain have been completely absent, and even Dick Grayson and Barbara Gordon (named Barbara Wilson in the one film in which she appears) are barely present.

While Hollywood filmmakers other than Joel Schumacher seem convinced that Batman doesn`t need a sidekick, Batman fans have long flocked to stories focused on these characters. The Killing Joke, Under the Red Hood, and Batman Beyond: Return of the Joker are three of the most beloved Batman storylines, and they are all explicitly focused on younger members of the Bat-Family. In Under the Red Hood and Return of the Joker, Batman’s role as parental figure and the struggles he faces in this role take center stage, and these films are often cited as two of the best Batman animated films.

Part of the reason why filmmakers may feel the need to have Batman work alone is because of the pressure to keep producing darker and darker films. However, this would be a misconception, since the darkest Batman plotlines are often directly related to its youngest characters. The vicious murder of Jason Todd in the franchise and the torture of young Tim Drake in Return of the Joker are two of Batman’s most disturbing plotlines, and Return of the Joker arguably rivals the grittiest of live-action Batman films in terms of brutality and mature themes. The argument that a dark & gritty Batman needs to be one who works alone is one that completely ignores plotlines like the Red Hood’s origin.

A common misconception that likely motivates the exclusion of characters like Robin, Nightwing or Batgirl is the idea that these characters are simply “sidekicks.” Since sidekicks are often associated with comic relief, more lighthearted moments, appeals to younger audiences, or “filler” content that is not crucial to the story, it is understandable why a filmmaker who wants to make a more mature exploration of Batman would choose to avoid them. However, these characters are not simply sidekicks; they are the family of a protagonist for whom family is always a central concern. It is almost impossible to understand Bruce Wayne without understanding his family.

The Bat-Family is a site of both struggle and empowerment for Bruce. By taking care of orphans and outcasts who have endured trauma and tragedy, Bruce is able to heal from his own past struggles by helping provide care and guidance for others. However, he also has to struggle with the question of whether the help and family structure he provides for them outweighs the danger that their association with him puts them in.

For the most part, the members of the Bat-Family would have likely become vigilantes without Bruce’s intervention, and they are often already fighting crime before they meet him. While it is tempting to see Batman as endangering young people by pulling them into a life of vigilantism, it is more frequently the case that he simply teaches them how to be more ethical and responsible with vigilante lifestyles that they were already leading. They would still be crime fighters without Batman; they would just be crime fighters (or outright criminals) with less support and community behind them.

However, even if Batman isn’t endangering characters by bringing them into a life of vigilantism, they do become bigger targets because they are associated with him. Villains often try to hurt Batman by going through his apprentices, and it is not uncommon that a Batman villain will hurt a member of the Bat-Family specifically as a way to hurt Batman himself. If a villain can’t hurt Batman directly, they often get to him by hurting a Robin, and this creates a weakness for Batman and a deadly threat for anyone who puts on a Bat-related mantle.

A major part of Bruce Wayne’s story is thus his struggle with what it means to be a father figure to these people, and the constant question of whether the support the Bat-Family members give each other is worth the risks that it causes for both them and Batman himself. As is the case with many stories about family, the Bat-Family is both Batman’s greatest strength and his greatest weakness, and it is through grappling with both of these traits that some of the most interesting narrative and character moments have emerged in the Batman franchise.

Batman is also a celebration of the power of chosen family. One of the most exciting characteristics of the franchise is how often a chosen family of misfits and outcasts ends up proving more powerful and meaningful than the long-standing biological family legacies of Gotham. Narratives like the Court of Owls – a cult-like society designed to protect the status and interests of Gotham’s most wealthy and powerful families – function as critiques of conservative, classist, and hetero-patriarchal myths about family. Watching these corrupt elite families meet their demise at the hands of a group of orphans sends a strong message that family is about so much more than just blood and biology, but about sincere networks of care, trust and support.

For all of the many, many flaws facing Joel Schumacher’s Batman & Robin (1997) the film was the last time a live-action film director paid attention to one of the most important and beloved parts of the franchise. Schumacher’s much more successful Batman Forever (1995) introduced Dick Grayson and sincerely explored why Robin is so important to the series; unfortunately, its sequel did not do the same justice to Barbara Gordon (who was renamed Barbara Wilson and robbed of most of her backstory), and filmmakers have since avoided these characters completely.

It is really hard to fully appreciate Bruce Wayne as a complex, nuanced character without exploring his relationship to the Bat-Family. Recent live-action films have been missing out on a key part of what makes Batman so special and what makes Bruce Wayne so interesting. The roster of Bat-Family characters available for live-action film premieres is huge: The Signal, Red Hood, Nightwing, and the many, many Batgirls and Robins would all be welcome additions to upcoming films. It’s time for directors to stop ignoring one of the most important aspects of the Batman universe and to embrace the opportunities for compelling storytelling that come from Batman’s relationship to his chosen family.

Umma Will Chill Your Spine and Break Your Heart