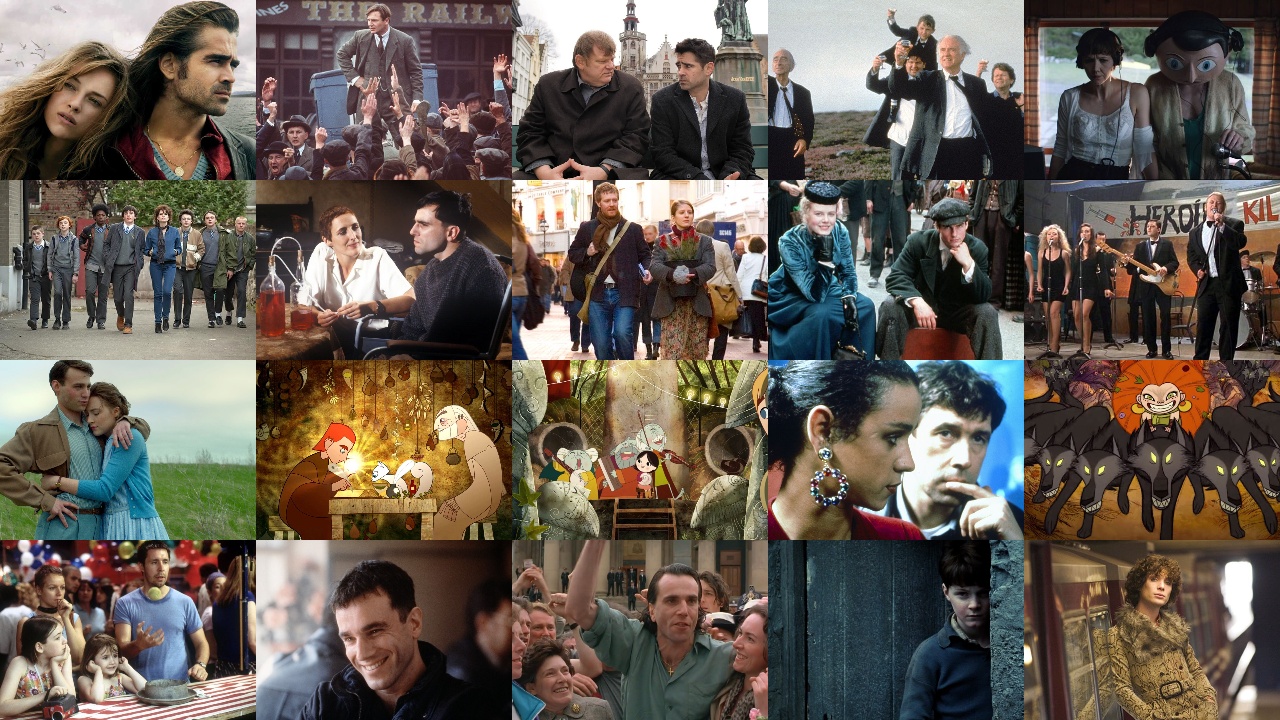 Get your shamrocks ready and your harps in hand!

You don’t need lots of luck to find a great movie to watch on St. Patrick’s Day because there is plenty to choose from. That’s right folks, St. Patrick’s Day is here and it’s time to get into that Irish spirit. And what better way to celebrate than with some Irish-themed movies to stream.

What follows is a list of some of the most critically acclaimed Irish movies that are set in Ireland and/or from Irish filmmakers. Sit back, relax and get your whiskey, Bailey’s, and/or Guinness in hand! Here is a wide variety of great movies with different themes that you can choose to watch this week.

A quick note before we begin: We’ve listed where you can stream these films below but we recommend double-checking if it is available in your region by using the website JustWatch.com.

Synopsis: A modern-day musical about a busker and an immigrant and their eventful week in Dublin, as they write, rehearse and record songs that tell their love story.

Synopsis: A boy growing up in Dublin during the 1980s escapes his strained family life by starting a band to impress the mysterious girl he likes.

Synopsis: Jimmy Rabbitte, an unemployed Dublin boy, decides to put together a soul band made up entirely of the Irish working class.

Synopsis: Guilt-stricken after a job gone wrong, hitman Ray and his partner await orders from their ruthless boss in Bruges, Belgium, the last place in the world Ray wants to be.

Synopsis: Against the backdrop of the Irish War of Independence, two brothers fight a guerrilla war against British forces.

Synopsis: A family of Irish immigrants adjust to life on the mean streets of Hell’s Kitchen while also grieving the death of a child.

Synopsis: A young Irish couple flee to the States, but subsequently struggle to obtain land and prosper freely.

Synopsis: A young boy in a remote medieval outpost under siege from barbarian raids is beckoned to adventure when a celebrated master illuminator arrives with an ancient book, brimming with secret wisdom and powers.

Synopsis: A young apprentice hunter and her father journey to Ireland to help wipe out the last wolf pack. But everything changes when she befriends a free-spirited girl from a mysterious tribe rumored to transform into wolves by night.

Synopsis: Ben, a young Irish boy, and his little sister Saoirse, a girl who can turn into a seal, go on an adventure to free the fairies and save the spirit world.

Synopsis: Undine works as a historian lecturing on Berlin’s urban development. But when the man she loves leaves her, the ancient myth catches up with her. Undine has to kill the man who betrays her and return to the water.

Synopsis: An Irish immigrant lands in 1950s Brooklyn, where she quickly falls into a romance with a local. When her past catches up with her, however, she must choose between two countries and the lives that exist within.

Synopsis: When a lottery winner dies of shock, his fellow townsfolk attempt to claim the money.

Synopsis: Based on the autobiography of Frank McCourt, the film follows the experiences of young Frankie and his family as they try against to escape the poverty endemic in the slums of pre-war Limerick.

Synopsis: Neil Jordan’s historical biopic of Irish revolutionary Michael Collins, the man who led a guerrilla war against the UK, helped negotiate the creation of the Irish Free State, and led the National Army during the Irish Civil War.

Synopsis: A British soldier kidnapped by IRA terrorists soon befriends one of his captors, who then becomes drawn into the soldier’s world.

Synopsis: Christy Brown, born with cerebral palsy, learns to paint and write with his only controllable limb – his left foot.

Synopsis: A man’s coerced confession to an I.R.A. bombing he did not commit results in the imprisonment of his father as well. An English lawyer fights to free them.

Synopsis: Jon, a young wanna-be musician, discovers he’s bitten off more than he can chew when he joins an eccentric pop band led by the mysterious and enigmatic Frank.

Synopsis: Young Danny Flynn is released from prison 14 years after “taking the rap” for the IRA and tries to rebuild his life in his old Belfast neighborhood.

Synopsis: In the 1970s, a young trans woman, Patrick “Kitten” Braden, comes of age by leaving her Irish town for London, in part to look for her mother and in part because her gender identity is beyond the town’s understanding.

More than Just Sidekicks: What Batman Films are Missing When They Exclude the Bat-Family

Evil Dead II at 35: The Dead Get Knocked Down, (But They Get Up Again)