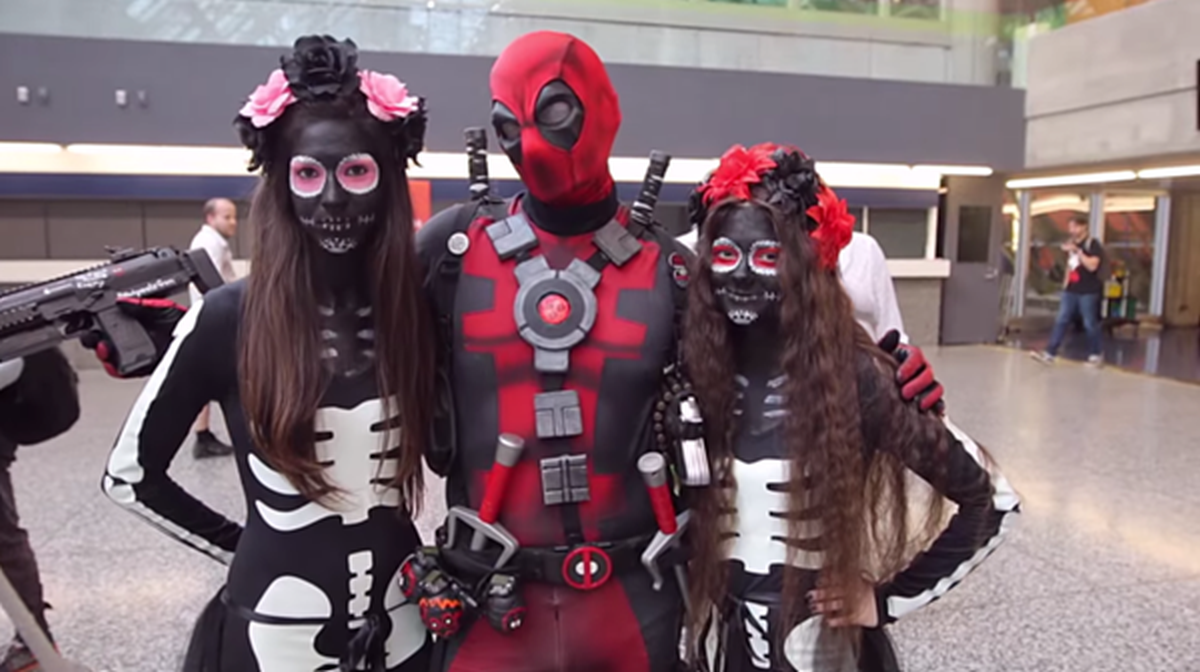 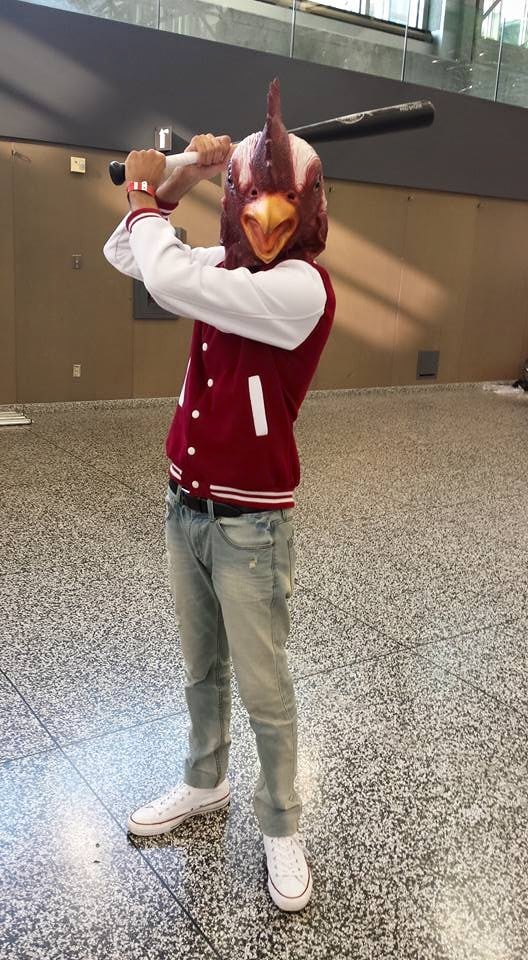 The 7th annual Montreal Comiccon, was held at the Palais des Congrès this past weekend and for the first time in seven years, I was able to attend the event. Past Cons were held in early September, conflicting with my coverage of the Toronto International Film Festival, but this year, the organizers decided to change the date allowing me to geek out to a variety of attractions catering to fans of comics, sci-fi, horror, anime, games, television and film. I’m pleased to announce that I was pleasantly surprised with the event as a whole. Montreal’s geek extravaganza is extremely laid back. There was little time spent waiting in line and everyone seems to be having a good time. I counted over two dozen booths filled with comic book artists ready to draw up an original piece on the spot, sign an autograph or even sell one of their high-quality prints. You can buy everything from boxsets, rare video games, hard-to-find comic books, cool t-shirts, collectible figurines and so much more. Among the many huge displays of everything nerdy was the DeLorean DMC-12 (the car most notably featured as the time machine in the Back to the Future films) and the Ecto-1 (a 1959 Cadillac professional chassis that the Ghostbusters used to travel throughout New York City). Each year, organizers manage to attract a variety of star power and this year was no different. Among the 48 guests speaking at panels was David Ramsey, best known to TV audiences as bodyguard John Diggle on the hit series Arrow – Doug Bradley, famous for his role as Hellraiser’s Pinhead – Gwendoline Christie, the British actress best known for portraying Brienne of Tarth on the global hit HBO series Game of Thrones – Ron Perlman, best known for his role as Hellboy – Jason Momoa playing Aquaman in the upcoming Batman v Superman and filmmaker Kevin Smith to name just a few. Doctor Who fans were specially treated well this year. Along with being able to take a picture next to the famed TARDIS, John Barrowman a.k.a. Captain Jack Harkness delivered the most exciting panel that had attendees bursting in laughter for one full hour. Meanwhile Doctor Whocompanions Billie Piper who played Rose Tyler – and Karen Gillan who played Amy Pond alongside Caitlin Blackwood, best known for her role as Amelia Pond – all participated in a 60 minute special Q&A event accompanied by special guest Eve Myles from the spin-offTorchwood.

Also in attendance were three former cast members of AMC’s hit series The Walking Dead; Michael Rooker, Josh McDermitt and Scott Wilson. While each actor had his own panel, Wilson’s one hour Q&A proved far more entertaining when Rooker and McDermitt crashed the event and reeked havoc in the most amusing way possible. 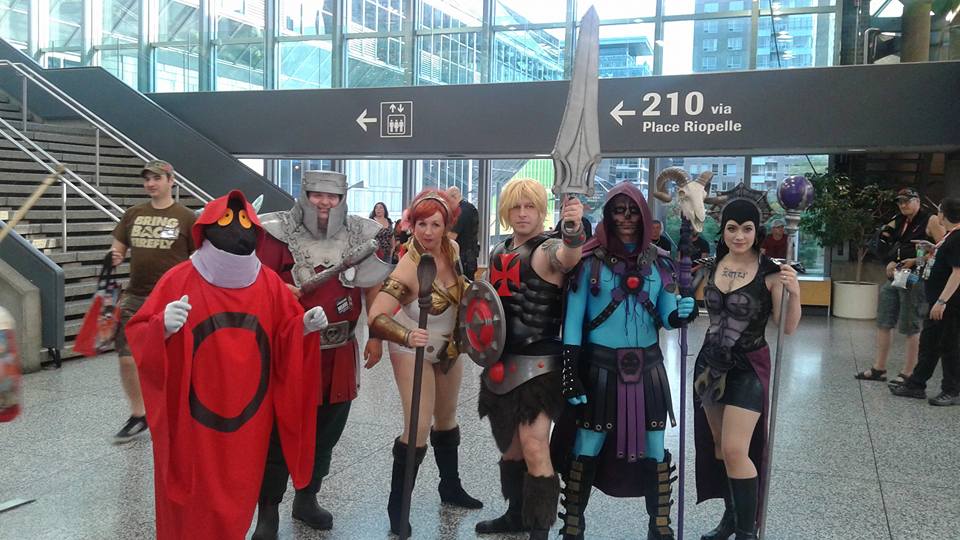 Cosplay costume: He-Man and the Masters of the Universe

This year, over the course of three days, fans were able to take part in 100 different panel discussions and workshops about comics, costuming and gaming. As the host of our NXpress podcast, it isn’t a surprise that my favourite area was the gaming zone where fans could not only discover new game demos, but participate in two Smash Bros. tournaments, one forMelee and the other for the latest Super Smash WiiU release. eSports is hot this summer in the city of Montreal. We’ve already had a Mario Kart 8 tournament on an IMAX screen, another larger Smash tournament held earlier this year and now Montreal Comiccon’s event featured over 150 registered players competing for over $800 in prizes with finals and semifinals broadcasted on Twitch. The only thing missing in the BYOC (bring your own controller) event was the omission of an onsite commentator.

Speaking to the Montreal Gazette, Montreal Comiccon programming director Cliff Caporale had this: “We all know that Montreal has an active indie game community and we’ll have about 30 booths promoting their games. We’ve had game rooms in past editions, but this year we’re introducing tournaments, and the first one will be Smash Brothers. We want Montreal Comiccon to become a home for all kinds of video games.”

Montreal Comiccon also presented a Final Fantasy: Distant Worlds concert (featuring music from the video games) with a live orchestra led by Grammy-winning conductor Arnie Roth. The event presented fresh arrangements of music from throughout the 25+ years of the popular gaming franchise. The programs featured “string quartets, piano and guitar solos, duos, trios and other mixed groups of instrumentalists to produce an immediate and personal encounter with the extraordinary Final Fantasy musical themes, characters and settings”. 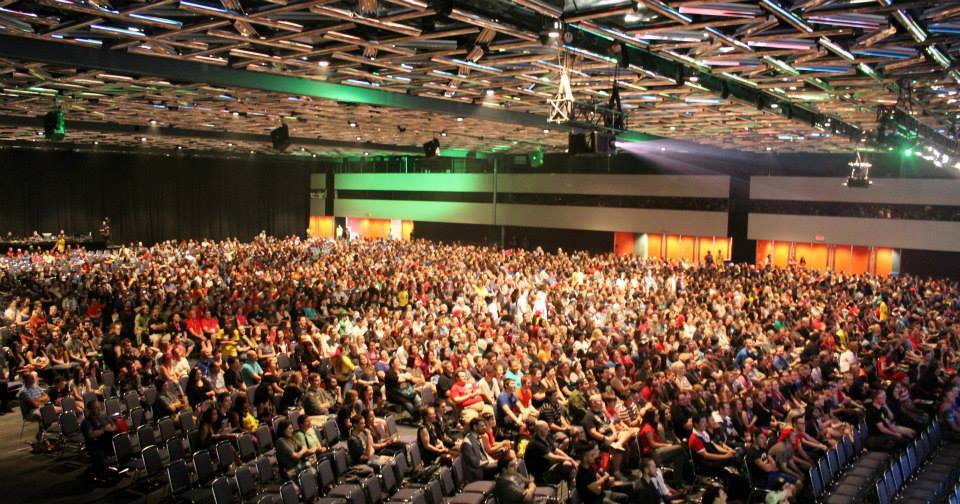 The best part of any ComicCon is, and always has been the cosplay. And some of the work these cosplayers put into their costumes is extraordinary. Superfans at the three-day convention payed homage to their favourite characters in books, movies, TV shows, video games and anime. Making a big presence this year were costumes dedicated to the multiplayer online video game League of Legends, as well as Ubisoft’s Assassin’s Creed. My personal favourite costumes were Jacket from Hotline Miami, Lich King from WOW and the Golden Age Flash from D.C. Comics.

Montreal’s ComicCon has grown tremendously over the past few years. What was once a small collection of booths, has quickly turned into a massive convention with over 60 000 attendees, and fast growing. There still however, is plenty of room for improvement. While celebrity attendance is always a crowd pleaser, an autograph/picture will run you about $40 or more. The official website also doesn’t do a good enough job of distinguishing which stars will attend panels nor does it make it clear when those panels will take place. In addition, several errors keep popping up when browsing the site. Not everyone is willing to dish out their hard-earned cash to line up for 45 minutes only to get one measly autograph. What makes Comiccon worth the price of admission is the panels, and that is what should be showcased front and center on their homepage. Furthermore, the Masquerade, a non-professional costume competition featuring costumes from attendees proved to be a surprising highlight, despite the questionable taste of humour from its two hosts who insisted on spending three hours joking about language politics and their unhealthy relationship. To be fair, both ladies have the charm to moderate the competition, but someone really needs to tell them to change their approach. I lost count on the number of times members of the francophone community were simply annoyed by the constant reminder that only one of the two hosts is fluently bilingual. Another minor nitpick includes the terrible questions asked by audience members during the Q&A sessions. Someone really needs to filter through these questions first, avoiding awkward moments such as when a very nervous man requested to go on stage with John Barrowman- or worse, the plain ignorant moment when a fan asked Gwendoline Christie about her involvement in the upcoming Star Wars film, after the moderator had made it very clear to not inquire about her role in the film. Aside from these minor complaints, there wasn’t enough originality in cosplay costumes (I counted 15 Legend of Zelda Links and 22 Batman suits). And don’t even get me started on the Arthur Suydam controversy. 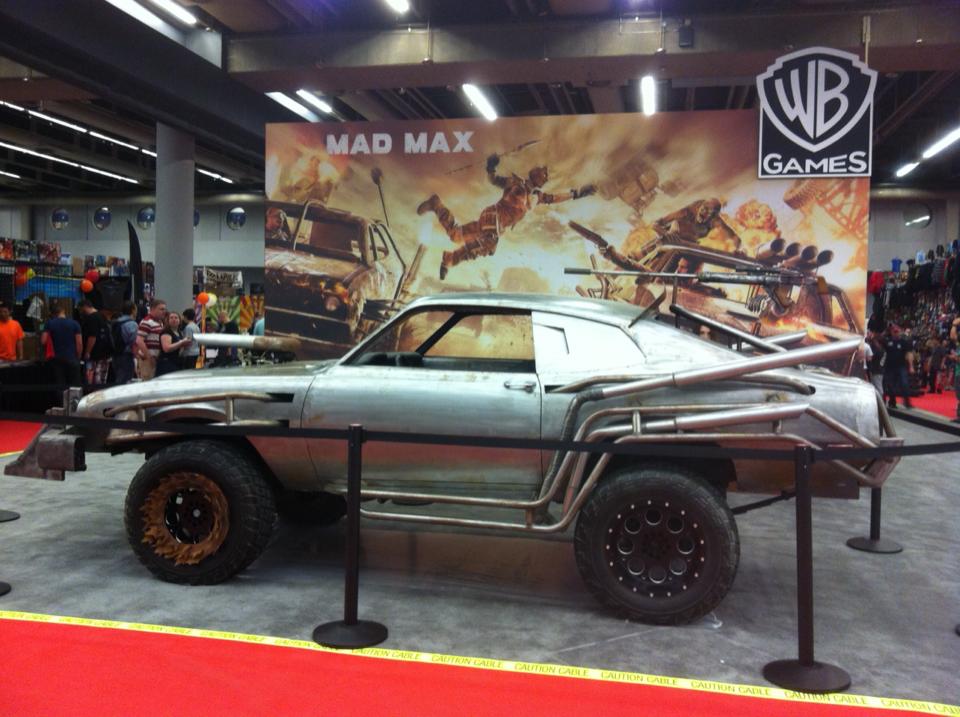 Launched in 2006, Montreal Comiccon spent its inaugural years as a small and simple getaway for comic book fans to congregate over their favourite superheroes and fantasy shows. With the increased popularity of fan conventions, the event has gained a lot of traction in recent years; but organizers haven’t forgotten its underground roots, and continue to shine a spotlight on up-and coming, homegrown artists. When walking into the Palais des Congrès, I couldn’t help but feel an overwhelming warm welcome by staff, volunteers and spectators alike. Montreal Comiccon felt like home, and not because I’m a massive fan of Game of Thrones, The Walking Dead, Nintendo or D.C. Comics, but because it doesn’t matter how big of a nerd, or how new to the game you are, everyone is treated with respect. In other words, anyone can have fun at Montreal Comiccon. In fact, the highlights of the weekend, all came when simply conversing with other fans. It was great to see countless strangers stop and ask other cosplayers for photographs, or exchange in a dialogue about something you both adore. One can only hope the event keeps growing. Choosing to hold the event over July 4thweekend doesn’t seem wise considering the cultural importance of the date to our southern neighbours; perhaps the organizers can consider moving it one week ahead of SDCC next year. It sure would help in getting bigger names, and holding Comiccon alongside Fantasia, would certainly benefit both festivals. 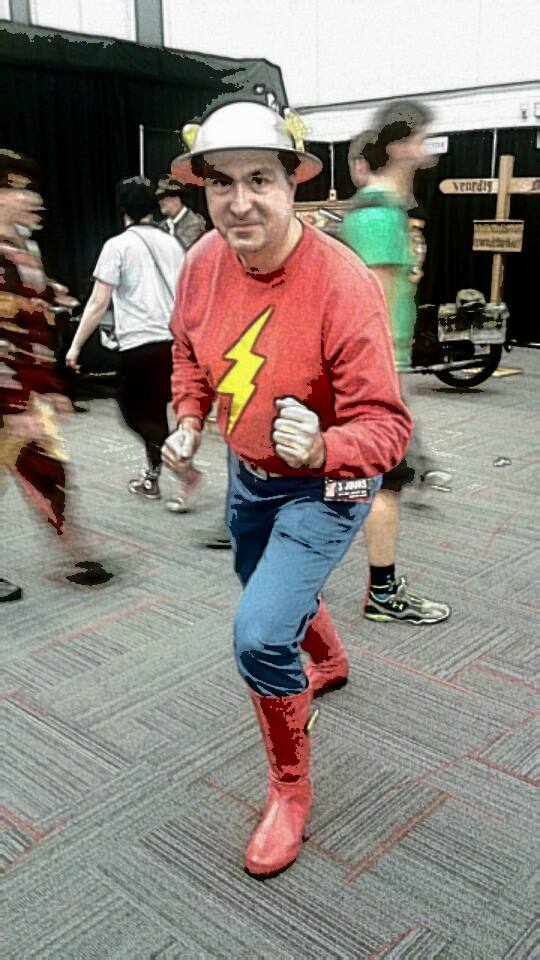 Thor: The Dark World is Perfectly Enjoyable and Unremarkable